Approx. US$1M worth of cocaine found with bananas at 3 U.S. grocery stores 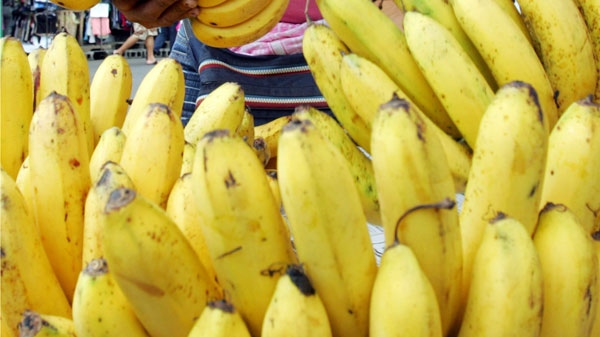 BELLINGHAM, Wash. -- Authorities say cocaine valued at more than US$1 million has been found with shipments of bananas at three Safeway grocery stores in Washington state.

The King County Sheriff's Office says on the same day, Safeway workers found about 49 pounds (22 kilograms) of cocaine at the bottom of banana boxes at the Woodinville store.

The sheriff's office says cocaine was also discovered with bananas at a store in Federal Way. Authorities did not say how much cocaine was discovered there.

The Drug Enforcement Administration is investigating.