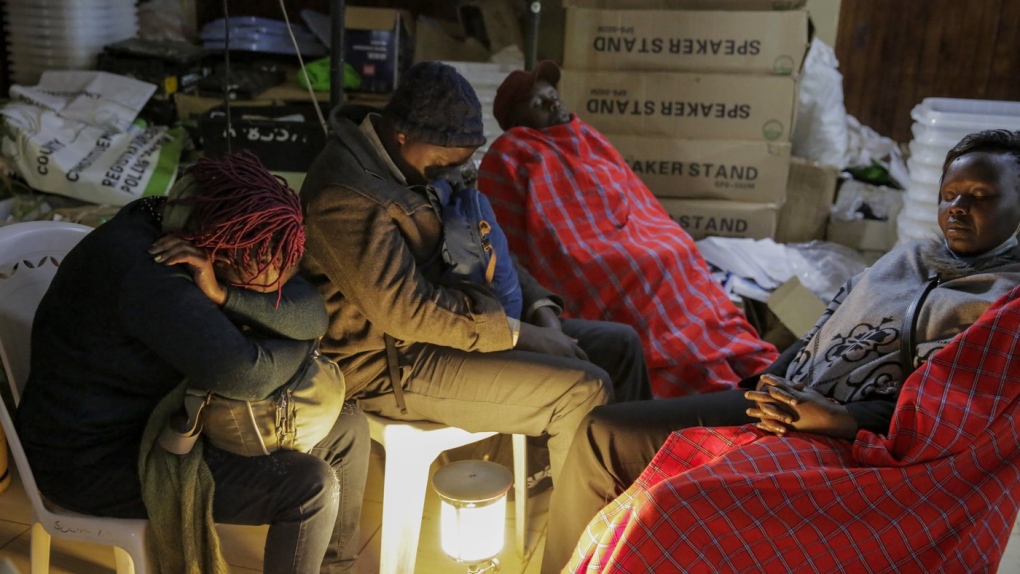 Human rights groups on Wednesday warned anxious Kenyans over "rising levels of false or misleading information being shared on social media" as the country awaited results of a close presidential election. The electoral commission indicated it would be at least Thursday before a winner is declared.

High-profile supporters of the two leading candidates were tweeting claims of victory, citing counts based on more than 46,000 results forms posted online by the electoral commission in a gesture of transparency. Kenyan media raced to do their own tallies, but their differing, incomplete results added to confusion. The government-created Media Council of Kenya said it was consulting with editors for an "urgent solution to ensure Kenyans receive synchronized results."

A day after Tuesday's election in which turnout was notably lower than in recent years, interest in the winner was sharpening in a country often held up as an example of a relatively strong democracy in Africa.

Amnesty International Kenya and other groups in a statement urged Kenyans to consider all results as provisional until the electoral commission announces the official results to reduce the risks of violence or claims of rigging. But tensions in some places were already high. In the Nairobi neighborhood of Mathare, an angry crowd formed after seals on a few ballot boxes at a tallying center were found broken.

This election is likely the final try by longtime opposition leader Raila Odinga, who on his fifth attempt is backed by former rival and outgoing President Uhuru Kenyatta. The other top contender is Deputy President William Ruto, who fell out with the president earlier in their decade in power.

The electoral commission said turnout was at least 65%, far lower than the 80% in the previous election in 2017. More than 22 million people were registered to vote, but some told The Associated Press they doubted they would bother, dispirited by economic challenges including high national debt and widespread unemployment.

Both top candidates are long known to Kenyans, Odinga as a democracy campaigner and former political detainee and Ruto as a wealthy populist who plays up his humble youth as a contrast to the dynasties that produced Odinga and Kenyatta.

The president's backing of Odinga cut across the usual ethnic lines that have long defined elections and contributed to violence. This time there is no candidate from Kenya's largest ethnic group, the Kikuyu, though both top candidates chose Kikuyu running mates.

Official election results must be announced within a week of the vote. More than 99% of results forms had been electronically submitted by polling centers to the commission on Wednesday, but it still must verify them with the physical forms.

"The issue of saying that we should declare results today (Wednesday), that will not happen today," commission chair Wafula Chebukati told journalists, but he said the aim is to conclude the process "at the earliest possible time." He said polling went smoothly.

"It's not done till it's done," Odinga's running mate Martha Karua tweeted, as other top candidates were publicly silent.

A runoff election will be held if no candidate receives more than 50% of votes.

On the eve of the vote, Kenya's government reminded people that "this will be a CONTEST, not a FIGHT. A contest must have a winner, and a loser. In a fight, life can sometimes be lost."

More than 1,000 people were killed after 2007 election results were announced and Odinga alleged massive rigging. In 2017, the high court overturned the election results, a first in Africa, after Odinga alleged irregularities. He boycotted the fresh election and declared himself the "people's president," drawing accusations of treason.

A handshake with Kenyatta calmed that crisis, set up their unusual alliance and angered Ruto, who still accuses the president of betrayal.

Both Odinga and Ruto have said they will accept the results as long as the vote is free and fair.

Already, reported troubles include the failure of about 200 voting kits out of the more than 46,000. The electoral commission called it "not widespread" and "normal" for technology to break down at times. But some local reports also cited people saying they were unable to vote when polling workers wouldn't use the paper voters' register as a backup, which was allowed.

Such frustrations occurred even after Kenya budgeted $347 million, or more than $15 per voter, for one of Africa's most expensive elections.

The wait for a winner was bringing anxiety and fatigue. "Everybody is very exhausted, everybody is eager to give out the ballot boxes and go back home because we have not even slept for the past two days," said Loice Wanjiru, a deputy presiding officer at a tallying center in Nairobi.

Kenyans have a week from the announcement of official results to file any court challenges. The court has two weeks to rule. A fresh election would be held within 60 days.