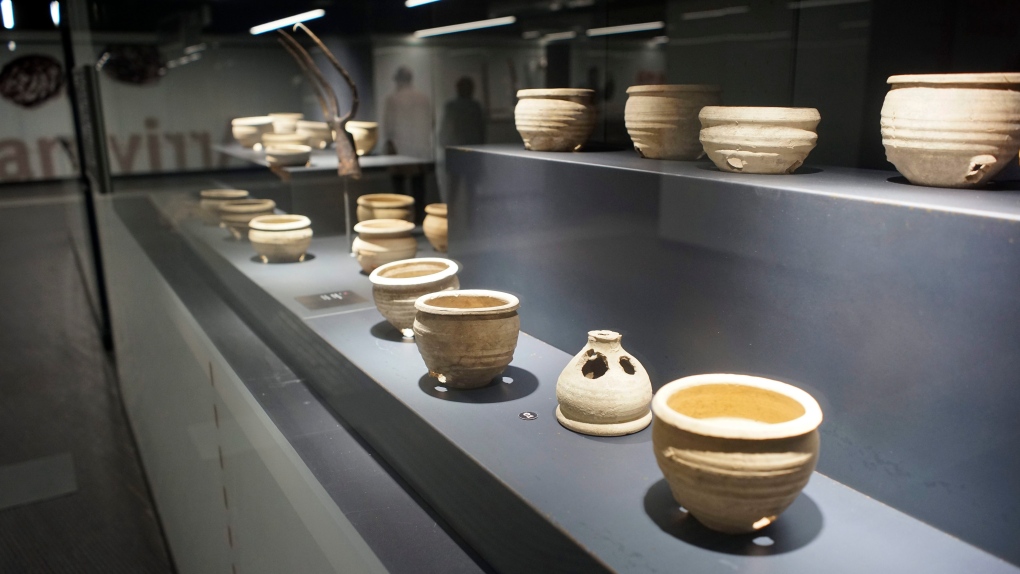 ROME -- The long-delayed project to extend Rome's subway system has brought treasures of the past to the surface and allowed them to be showcased at one of the city's new subway stations.

The permanent exhibit will be on view as passengers descend into the three-story San Giovanni subway station, which is expected to open in 2018.

"For those who will use this metro -- this station in particular -- it's a full immersion into the history of Rome and of this site," said archaeologist Rossella Rea, who is in charge of the dig for the Italian government.

Archaeologists said their surveys, which reached an unusually deep 20 metres (yards), indicated the site was once a huge farm. Peach pits, seashells and other organic remains have been found intact and are featured in the exhibit.

Lines on the southeastern section of Metro C have been operational since 2015, while northern lines near the city centre are still under construction. The project has been delayed for years by the repeated discovery of ancient underground treasures.