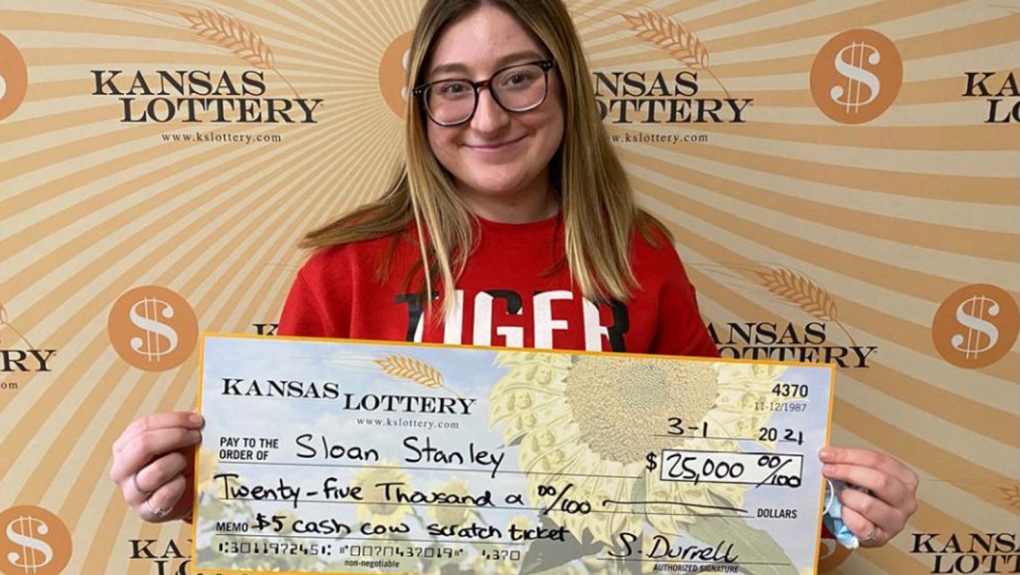 A high school senior has won $25K in her first time playing the Kansas Lottery, four days after turning 18; she hopes it will help her graduate college without debt. (Image: CNN)

Now that she had turned 18, Sloan Stanley decided she'd do some grown-up things.

One item on her to-do list: Buy her very first lottery ticket.

Imagine her surprise when a scratch-off she paid US$5 for ended up netting her a sweet $25,000.

"I was in shock that the first ticket I ever bought ended up winning $25,000!" Stanley told the Kansas Lottery.

It was 4 days after her 18th birthday. While at work at a grocery store in the city of Meriden, Stanley decided to try her luck.

"Because I like cows and thought it was cute," Stanley said.

The high school senior was shocked when she realized she had a winning ticket.

"My family is all super excited and happy for me, and they still can't believe it!" she said.

Jessica Herrera, the spokeswoman for Kansas Lottery, told CNN it's "rare for any player to nab a top prize on the very first lottery ticket they ever purchased."

Stanley will attend Fort Hays State University in the fall where she plans to study elementary school education.

"I hope this will help me graduate without debt," she told the lottery.

She plans to spend the money on college. But, she told CNN, she also wants to do something fun -- like take her friends out to a nice dinner.