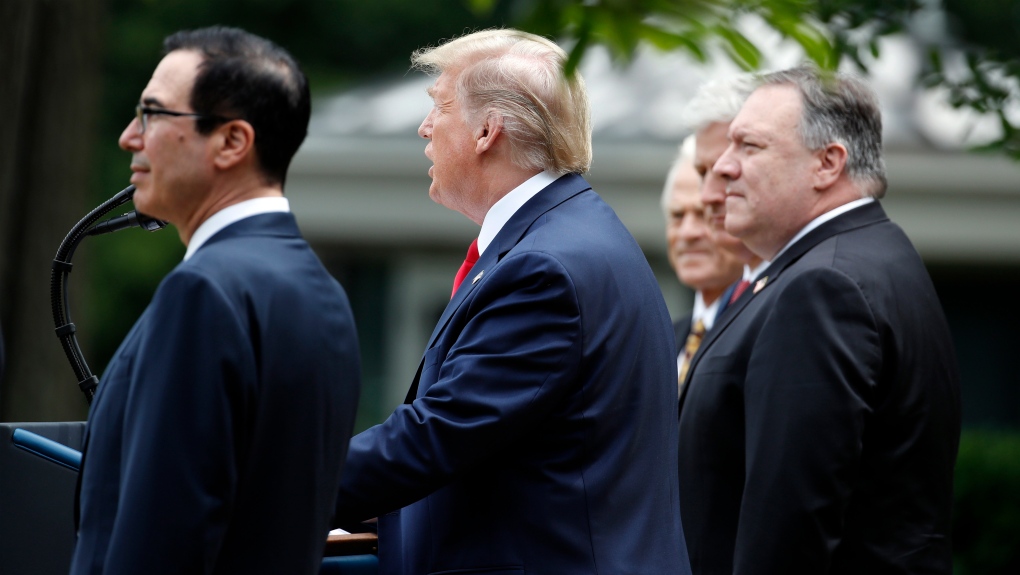 WASHINGTON -- U.S. Secretary of State Mike Pompeo is marking this week's anniversary of China's deadly 1989 crackdown on pro-democracy protesters in Tiananmen Square -- a day after federal forces used tear gas to clear peaceful protesters from a park in front of the White House.

Pompeo tweeted criticism of authorities of China and Hong Kong for barring a vigil to mark the anniversary. He also planned to meet with Tiananmen Square survivors, according to the State Department.

The meeting comes a day after President Donald Trump threatened to call in the military to quell violent protests in the United States. Federal forces on Monday aggressively cleared protesters from Lafayette Park outside the White House so Trump could walk to a church and pose with a Bible.

The Trump administration has stepped up its anti-China rhetoric over Beijing's response to the coronavirus outbreak and its moves to impose greater control over Hong Kong. Trump and Pompeo last week said Hong Kong is no longer autonomous and will be stripped of its preferential trade and commercial status.

Pompeo began the day by firing off a tweet criticizing China for blocking the annual Tiananmen Square vigil in Hong Kong on June 4, the anniversary of the assault on protesters by the People's Liberation Army. The decision to bar the vigil ostensibly on health grounds due to the COVID-19 pandemic comes just a week after China's rubber stamp parliament enacted a new security law for the former British colony that many fear will be used to curtail freedoms the territory has enjoyed since it reverted to Chinese rule in 1997.

"It starts; so soon," Pompeo said in a tweet. "For the first time in 30 years, Hong Kong authorities denied permission to hold the .TiananmenVigil. If there is any doubt about Beijing's intent, it is to deny Hong Kongers a voice and a choice, making them the same as mainlanders. So much for two systems."

The Hong Kong vigil annually draws a huge crowd to an outdoor space.