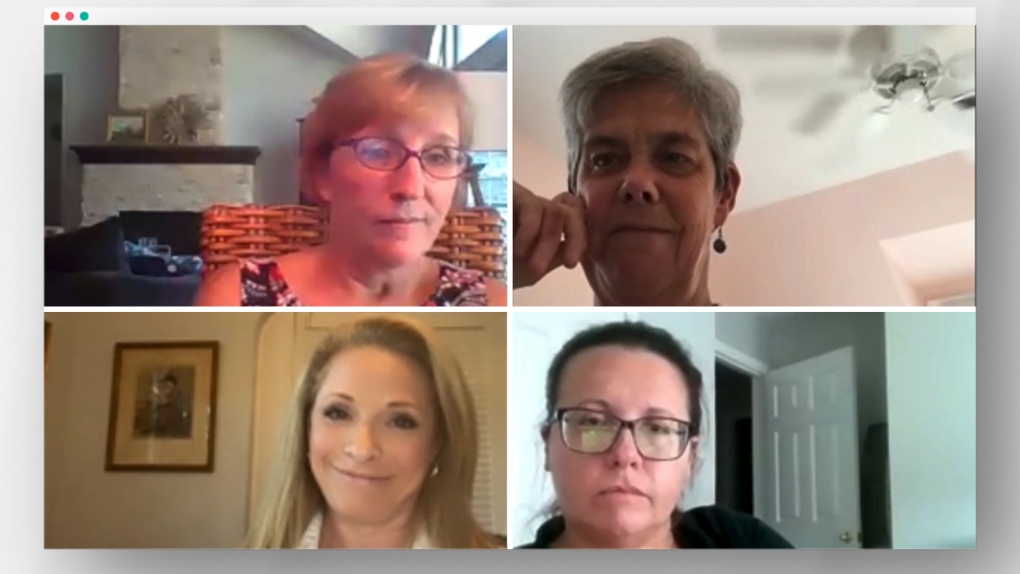 Married to Trump supporters and Republicans, these women confide in each other on a private Facebook page called "Wives of the Deplorables." (CNN)

Carole Catherine did not know her husband, Tim, supported Donald Trump until the day after Hillary Clinton lost the 2016 election. She called him the next morning crying.

For the next three years, Catherine felt like she was living an alternate reality. Her husband was her high school sweetheart. A rekindled love after a first marriage, children and divorce. They barely fought for the first 11 years of their marriage. And now they were working through major ideological differences.

A PLACE TO VENT

The same is true for many of the wives who are now part of the private Facebook group Catherine founded last year. The group is called "Wives of the Deplorables," a play on the now infamous comment Clinton made about some of Trump's supporters during her 2016 presidential campaign.

Catherine started the group in October 2019 in an effort to try to figure out how to talk to her husband about politics -- without it ending in a yelling match. The group is made up of wives across the United States who are Democrats, whose spouses are Republicans; many of them Trump supporters.

"So many of them join the group and go, 'Thank God you guys are here,' " Catherine said. "'I'm so glad that I found this place where I can be me and I don't feel like I'm crazy.'"

One post reads: "There is a big wall between us like never before ... We've been married 45 years and I adore him. Except this. I have GOP friends and I love them. But it's hard to be married to a man who I thought shared the same values."

And another: "I am not interested in surviving my marriage. I do not admire sticking it out with a person who is unable to empathize with others. Maybe I am bitter ... but missing out on an intimate part of marriage, like deep conversations and unity just sounds hollow to me. I want a partner to march with, to resist with and one who shared my ridiculously idealistic views!"

Others post articles and talk about how to keep the conversation neutral at home:

"This was an agreement we made early on: No Fox News, no MSNBC," Gretchen Wisehart told about a half-dozen members in a recent Zoom call. "I do sneak The New York Times and Wall Street Journal online. I fully admit it." 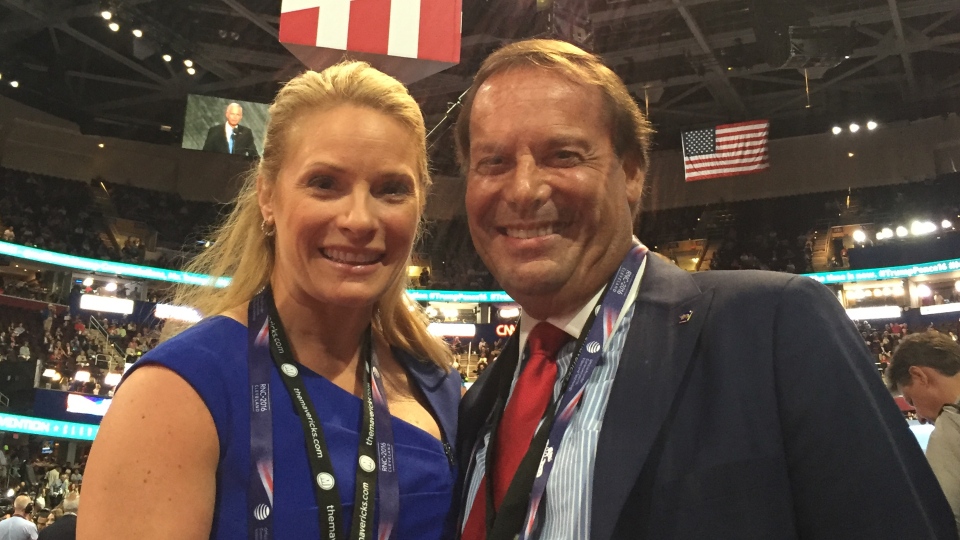 Unlike many of the women in the group, Wisehart is no novice to politics. She and her husband, Tom Ellis, have run for local political offices in Pennsylvania. She as a Democrat; he as a Republican. He was a delegate in 2016 for Trump. They were engaged to be married then, but that election nearly put an end to their relationship.

"For three days she didn't talk to me," Ellis recounted.

"As someone who marched for the ERA (Equal Rights Amendment) in the '70s with my mom, it really seemed like the culmination of decades of work," Wisehart said. "It was absolutely devastating that it didn't happen."

"It was a tough election. But we ended up getting back and getting married. And we're still fighting and fussing about politics," Ellis said.

Much of Wisehart and Ellis' relationship is rooted in their love of the U.S. government. They both studied political science at the University of Pennsylvania. And they joke that it's commonplace for one of them to take out their copy of the Federalist Papers to fact check each other.

"I think we we both understand the American dream. We both believe in American principles. But sometimes we have a difference on how we get there," Ellis said.

A 2016 research study found that less than a third of marriages are between people of mixed political beliefs. Among those couples, it was twice as likely for the man to be a Republican and the woman to be a Democrat as the opposite.

That divide could be increasing.

In the 2020 race, Joe Biden is up by an average of 25 points among women voters. That includes a 34-point margin in a CNN poll released in early October -- the biggest margin in history.

White women in particular are distancing themselves from Trump. CNN polls taken since April show that Biden has led among white female registered voters by about 13 points. In comparison, Trump led by an average of five points among white women in the last few months of the 2016 race.

Trump has tried to appeal to women on the campaign trail heavily in the last few weeks. At a campaign rally in Lansing, Michigan, Tuesday the president pitched himself as the candidate for suburban women voters because he's "getting your kids back to school" and "getting your husbands back to work."

Wisehart said his language was "patronizing, misogynistic and classist," and has the potential to backfire.

"I'm a suburban woman. I have kids. I go to a job every day. There were a lot of women who voted for him in 2016 as the lesser of two evils. But his constant rhetoric, the way he demeans women, it turns women off. It turns them the other way. I hear it from a lot of people," she said.

Wisehart first stumbled upon the "Wives of Deplorables" Facebook group this summer, when it popped up in her feed.

"When I saw it. I said, 'Yes! This is this is my tribe right here. These women will understand.' " 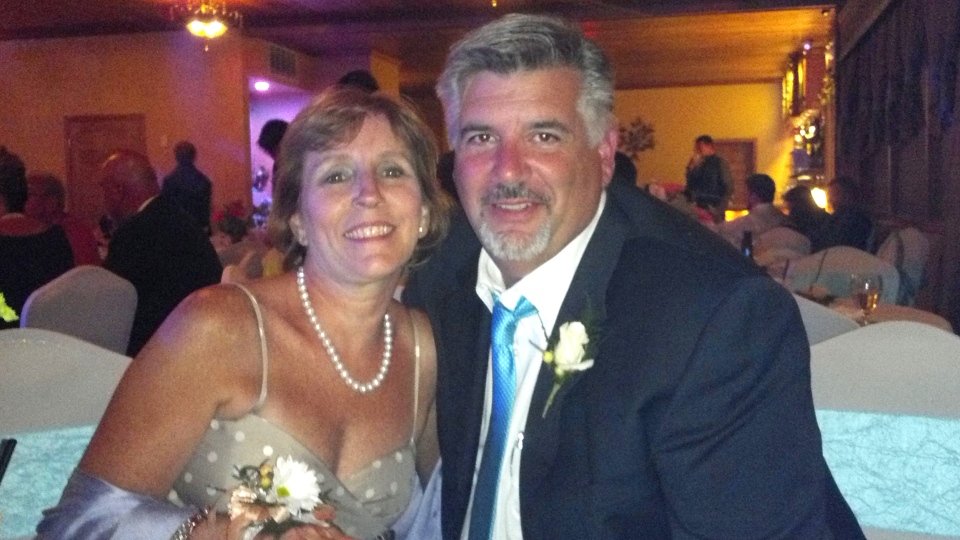 "He's already shown who he is and I don't think any of them are going to change their mind last minute just because he's trying to court them now."

Recently, she said, she's felt her husband's feelings about Trump shifting. She recounted one time recently he walked up the stairs during a Trump press conference about the pandemic and asked, "'What's the a-hole-in-chief saying today?"

"We've had some really good conversations recently where I can tell that we agree on more than I think. And it makes me feel so good."

But that doesn't mean things will get any easier for them if Trump is no longer in office. Either way, the past four years has given her a crash course in political consciousness. And she has no intention of giving that up.

"He wants things to be pre-politics. But that's the thing. Your relationship has changed forever. For good and for bad. And, you know, there's a little of both."