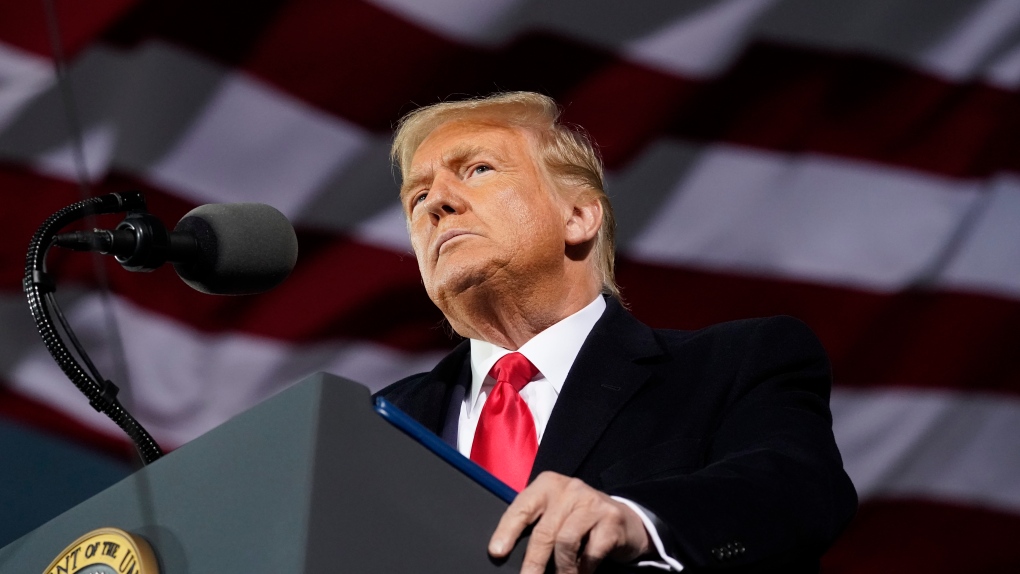 U.S. President Donald Trump made a prediction about the GOP's control of the Senate at a fundraiser this week, privately telling donors that it will be "very tough" for Republicans to keep control of the chamber in the upcoming election, namely because Trump refuses to support some senators, The Washington Post reported on Saturday.

"I think the Senate is tough actually. The Senate is very tough," Trump said, according to an attendee who shared the president's comments on condition of anonymity with the Post. "There are a couple senators I can't really get involved in. I just can't do it. You lose your soul if you do. I can't help some of them. I don't want to help some of them."

Trump's comments were made at a closed-door gathering held in Nashville, Tennessee, before the last presidential debate, according to the Post, where he said that he thinks the GOP will "take back the House."

Jesse Hunt, a spokesman for the National Republican Senatorial Committee, pushed back on the notion that Trump doesn't support some Senate Republicans, according to the Post.

"The Republican-led Senate and President Trump have had a great partnership over the last four years, highlighted by the fact the chamber is poised to confirm a third Trump Supreme Court nominee in the coming days," Hunt said Saturday.

Trump's comments come at a time when Republicans in tight down-ballot races, who had hoped to ride the president's coattails to victory, have little desire to align with him.

Several influential Republicans have pleaded with Trump to abruptly change his tactics in the final two weeks to zero-in on an economic message, stop downplaying the coronavirus pandemic and to quit launching attacks against his public health experts -- namely Dr. Anthony Fauci.

Meanwhile, Trump's standing in the polls has alarmed some Republicans, who are struggling to hold on to their 53-47 Senate majority as Democrats see their opportunities to pick up seats continue to grow.

The president at times has even seemed to not be interested in saving members of his own party. In Maine, Trump has gone after endangered GOP Sen. Susan Collins, who hasn't said if she'd back the President's reelection but has said she'd oppose Amy Coney Barrett's nomination to the Supreme Court because the confirmation vote is being pushed up against the election.