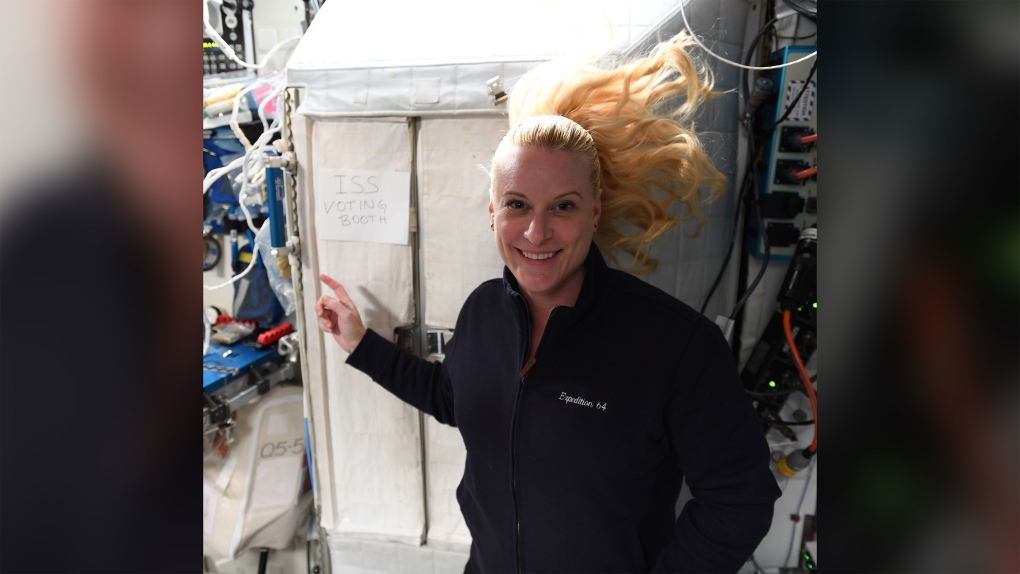 NASA astronaut Kate Rubins casting her vote from some 320 kilometres above Earth should be all the motivation you need to make a plan to vote this year.

Rubins, the only American voter not currently on Earth, said she was able to vote from the International Space Station last week.

This isn't the first time Rubins has cast her ballot from space: She voted in 2016 when she was also researching at the space station.

Rubins, along with two Russian cosmonauts, began their mission earlier this month and will spend a total of six months in space as part of the Expedition 63/64 crew. Rubins will research "the use of laser-cooled atoms for future quantum sensors" and conduct cardiovascular experiments from the space station, according to NASA.

HOW TO VOTE FROM SPACE

Astronauts registered to vote in Texas got the right to vote from space in 1997, when Texas lawmakers ruled they could electronically cast their ballot off-planet if they'd be on a spaceflight during the early-voting period or Election Day, according to the Smithsonian's National Air and Space Museum. NASA's Johnson Space Center is located in Houston, so most astronauts are based in the city and registered to vote in Harris County, where Houston is located.