TORONTO -- The legacy of outgoing president Donald Trump is personal for Steve Nardi, who can no longer talk to his father about politics without it immediately escalating into a fight.

“I lit a fuse over the phone when I said I was angry about the level of hate unbottled by Trump,” said the Mississauga, Ont. resident, who is originally from New Jersey and is now chair of Democrats Abroad Canada.

“The damage he’s done to families and friendships, it’s never been this way before. You used to disagree and then be able to move on.”

Nardi is curious to know what his father, a decorated war veteran, thinks of the Jan. 6 attack by a mob of Trump supporters on the Capitol building as legislators were voting to confirm the election of Joe Biden.

But Nardi said he’ll leave it to his sister to ask.

“My father and I just can’t talk about anything political anymore. We used to be able to, but Trump has changed that. So many families didn’t have Thanksgiving dinners together because of one person.”

Trump wasn’t the creator of a deeply divided, polarized country, but he exploited it and drove the wedge even deeper, said McGill University political science professor Daniel Beland. Trump’s us-versus-them rhetoric has pitted ordinary Americans against each other as enemies.

He’s made politics more personal and fractured and only stoked anger and division, said Beland.

“Part of Trump’s following is something like a cult. These are people who would follow him anywhere and forgive him anything.”

This is a turning point, said Beland. Much hinges on whether Democrats and Republicans are willing to cure the “illness of hyper-partisanship” over the next four years.

Nardi is hopeful Republicans and Democrats can find a way forward to work together and tone down the vitriol.

“We have to be able to have conversations about the things we disagree about.” 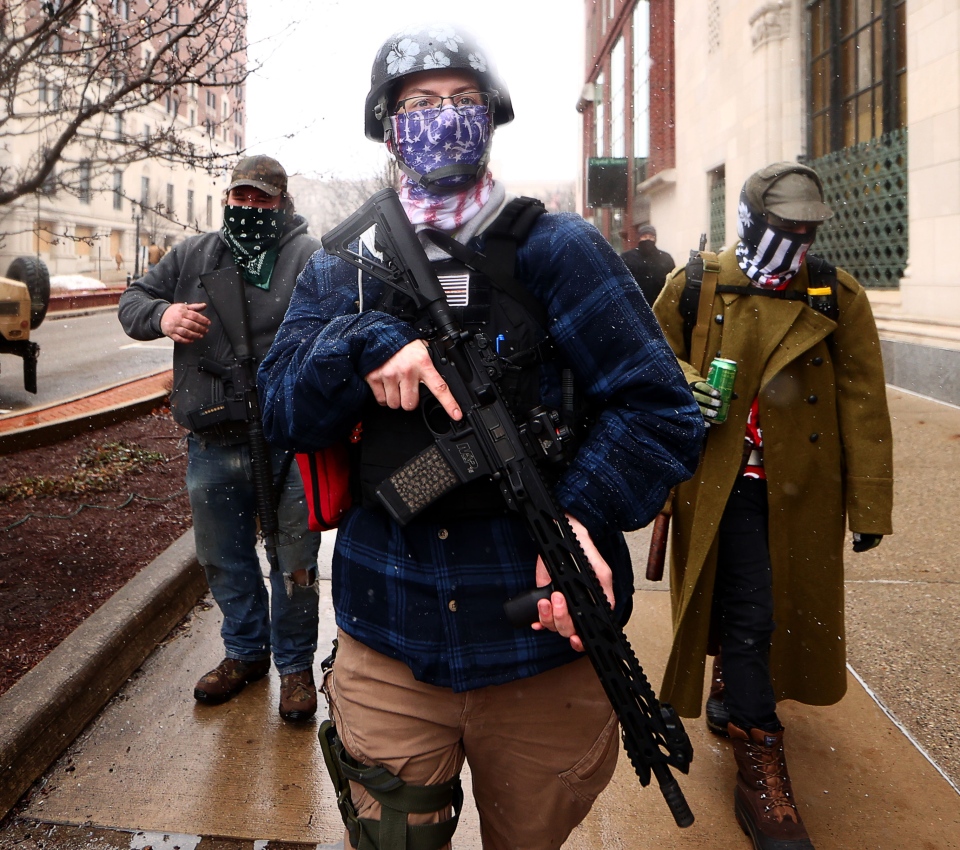 There are other, more sinister divisive legacies of the outgoing president.

Trump has been able to take a page from other demagogues to exploit the deeply rooted anger, disaffection, racism, xenophobia, misogyny, and anti-elitism of a large proportion of Americans in a way others who have tried have failed to accomplish, said Ron Pruessen, a professor emeritus of history at the University of Toronto.

“That is all going to remain, perhaps in a somewhat less crude form than under Trump.”

The president has pandered to white supremacists, going so far as to tell far-right group Proud Boys to “stand back and stand by” and saying there were “very fine people” on both sides of violent racial protests in Charlottesville, Va.

In contrast, the president forcefully instituted crackdowns on protests against police brutality against Blacks last summer and warned states that he would send in the military if they didn’t institute law and order.

But when rioters smashed their way into the Capitol building, and some came flying Confederate flags and erected nooses outside, Trump said they “were very special” and he loved them.

Trump has astutely manipulated underlying racial fault lines to his own benefit, said Wendell Nii Laryea Adjetey, a history professor at McGill, who specializes in the African American experience.

But he’s also forced Americans to confront a reality many didn’t want to see, said Adjetey, that “racial subjugation is very much alive in the U.S.”

“He merely pulled back the veil and showed that after civil rights and voting rights, Jim Crow was not broken, it just morphed into a new system that oppresses Black Americans.”

EXTREMISM UNDER THE TRUMP FLAG 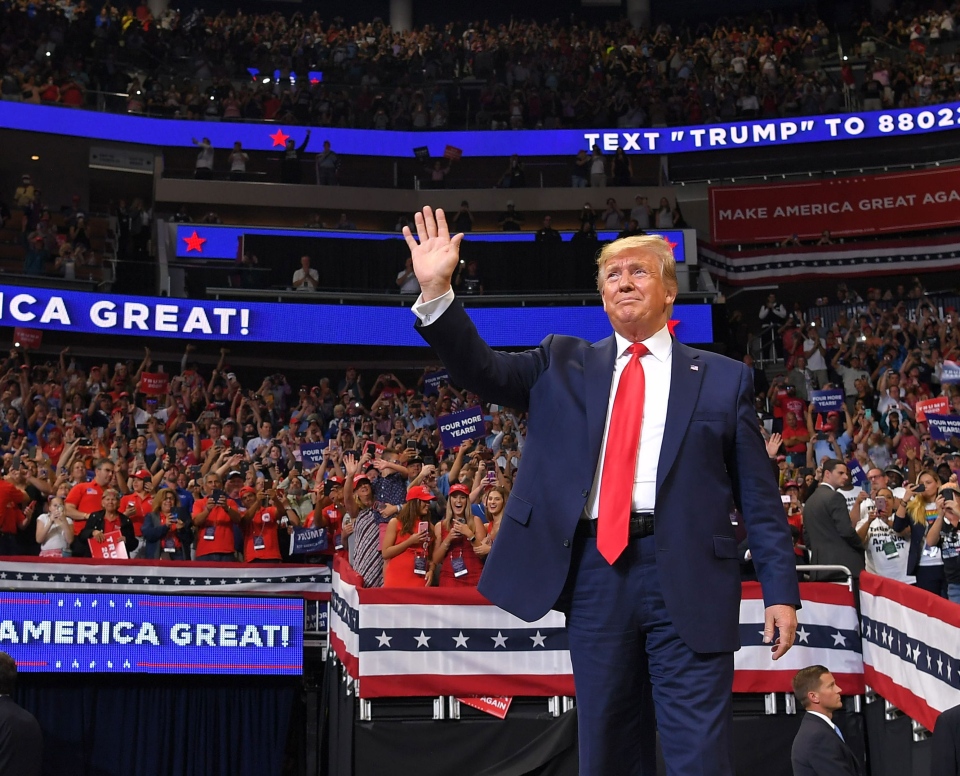 U.S. President Donald Trump arrives to speak during a rally at the Amway Center in Orlando, Florida to officially launch his 2020 campaign on June 18, 2019. (Photo by MANDEL NGAN/AFP via Getty Images)

Barbara Perry, director of the Centre on Hate, Bias and Extremism at OntarioTech University in Oshawa, Ont., said Trump is not going away as a “the voice of the far-right movement. He is the presumptive leader of the far right, so he’ll continue to be a threat, whether that’s from the inside or the outside.”

But when he’s outside the White House, there will be no more handlers or GOP advisers who can attempt to reign him in.

He’s emboldened by the loyalty of a “huge swath” of the extremists motivated by different agendas and he will try to find a way to profit from that, whether he establishes his own media network or social media platform, she said.

Trying to oust Trump from future federal office through impeachment, along with his banishment from social media platforms, is reinforcing a sense of persecution and victimhood that is evident in far-right chatter, said Perry.

Any future legal action against him will rile his base further and raises the risk of violence, she said.

The real challenge, said Perry, is that far-right groups of various shades – anti-immigration, anti-maskers, QAnon conspiracy theorists, white supremacists, anti-LGBTQ groups – are “all coalescing around the Trump flag” and finding ways to work together in a way they haven’t achieved before.

“It’s going to take more than one Democratic administration to undo the harm he’s caused and repair the damage of the hate he’s stirred up.”