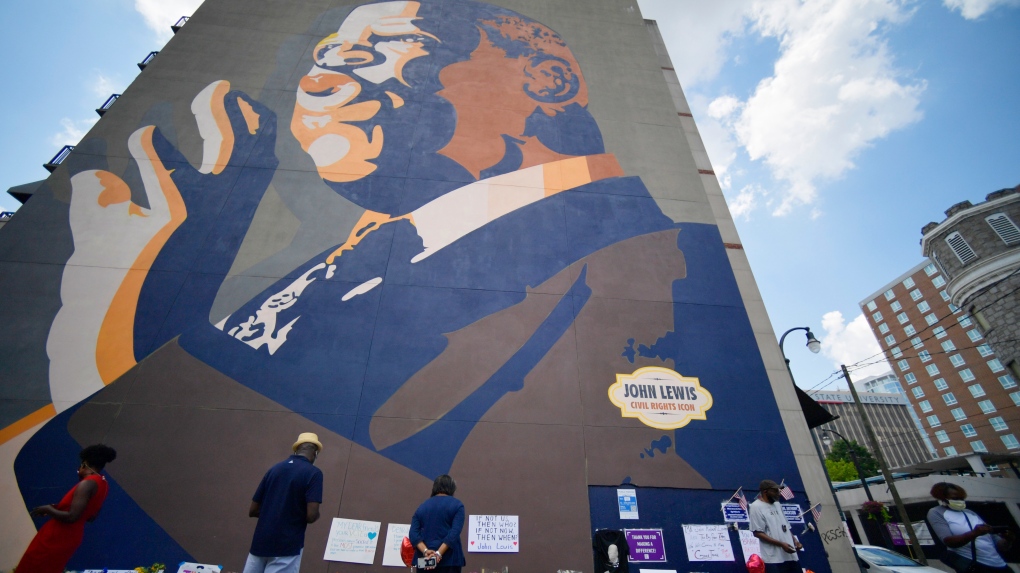 ATLANTA -- Voters in the Atlanta area were summoned back to the polls on Tuesday to decide who to send to Washington for a month to briefly fill the seat of the late civil rights legend John Lewis.

Former Atlanta City Council member Kwanza Hall and former Morehouse College President Robert Franklin are contesting a runoff election. The men finished first and second, but no one won a majority in a first round of voting in September among seven candidates.

The winner of the two Democrats will only fill the seat until Jan. 3, though. State senator and state Democratic Party chair Nikema Williams easily defeated Republican Angela Stanton King in November for a full two-year-term starting in January. Williams and King didn't run in the special election.

The 5th Congressional District includes most of the city of Atlanta, as well as some suburban areas of Fulton, DeKalb and Clayton counties. Turnout could be light, after fewer than 31,000 people voted in September.

Lewis died at age 80 from pancreatic cancer in July after 34 years in Congress. He was the last survivor of the speakers at the 1963 March on Washington, when Lewis led the Student Nonviolent Coordinating Committee. He was best known for leading protesters in the 1965 “Bloody Sunday” march across the Edmund Pettus Bridge in Selma, Alabama, where he was beaten by state troopers.

Hall and Franklin both contend they can get something accomplished during a short stay in Congress. Voting on a temporary federal budget could be the most significant act that Hall or Franklin takes, although there are still fading hopes of additional COVID-19 relief legislation.

The 49-year-old Hall touts his experience on the Atlanta City Council and the Atlanta school board, saying he will make the most of his limited time to try to focus on directing money to the district's top concerns.

“People know me as someone who has gotten something done,” Hall said of his previous positions.

Franklin and Hall share similar positions on issues, but Franklin, now a theology professor at Emory University, preaches a higher cause as well.

“It's about moral leadership at a time of national crisis,” said the 66-year-old Franklin, who promises to call attention to Lewis' legacy and to further Martin Luther King Jr.'s vision of the “beloved community.”