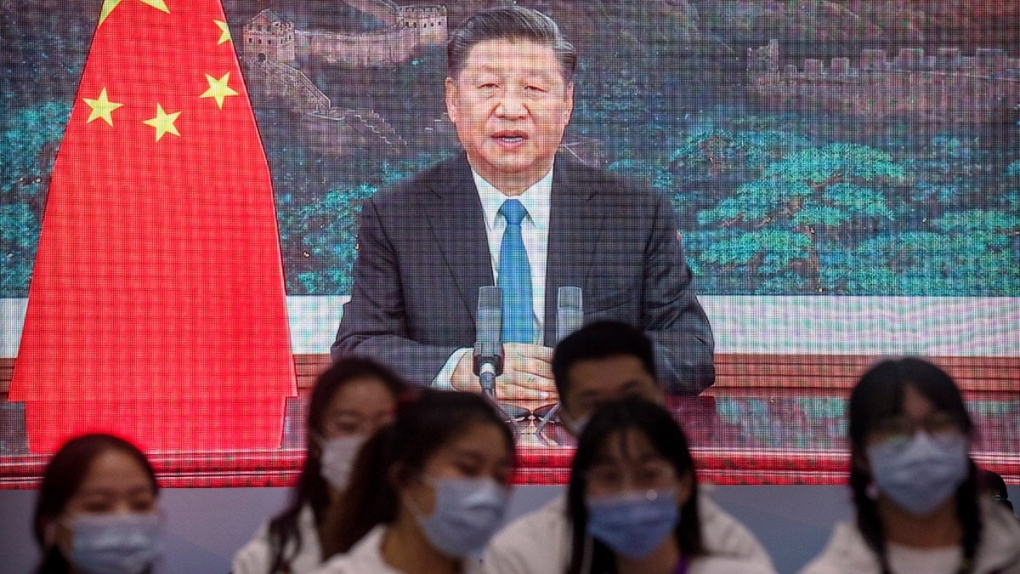 BEIJING -- Chinese President Xi Jinping congratulated U.S. President-elect Joe Biden on Wednesday and expressed hope for "win-win co-operation" amid conflicts over trade, technology and security that have plunged Sino-American relations to their lowest level in decades.

Biden is widely expected to try to resume co-operation with China on North Korea, climate change and the coronavirus following the confrontational approach of President Donald Trump, who launched a tariff war and sanctioned Chinese companies. But analysts expect few major U.S. policy changes due to widespread frustration with Beijing over trade, human rights and technology theft.

China became one of the last major governments to congratulate Biden two weeks ago. There was no explanation for the delay but some commentators suggested Beijing wanted to avoid straining relations with Trump, who had yet to concede and is in office for another two months until Jan. 20.

In a message to Biden, Xi said "healthy and stable" relations are "the common expectation of the international community," according to the official Xinhua News Agency.

"We hope the two sides will uphold the spirit of non-conflict and non-confrontation, mutual respect and win-win co-operation, will focus on co-operation, control differences and promote healthy and stable development of Chinese-U.S. relations," the statement said.

It said Chinese Vice-President Wang Qishan also sent a message to Kamala Harris to congratulate her on being elected vice-president.

The United States and China have one of the world's biggest trading relationships but official ties have been roiled by spying accusations, the coronavirus pandemic, Beijing's crackdown on Hong Kong and disputes over control of the South China Sea.

Trump has blocked access to U.S. technology for Chinese telecom equipment maker Huawei Technologies Ltd. on security grounds. He is trying to limit access to the United States for Chinese social media services, which the White House says might gather too much personal information about Americans.

Trump has stepped up pressure on Beijing since the election by issuing an order that bars Americans from investing in securities issued by companies U.S. officials say are owned or controlled by the Chinese military.

Some forecasters suggest the change from Trump, who rejected multilateral alliances, to Biden might increase pressure on China if Washington forms a coalition with other developed countries to push for policy changes.

China tried to recruit Germany, France, South Korea and other governments as allies against Washington but all have refused. They criticized Trump's trade tactics of surprise tariff hikes, which also were used against allies, but echoed U.S. complaints that China is violating its free-trade commitments.

Trump shook China's leaders by hiking tariffs on Chinese products in 2018 over complaints Beijing steals or pressures companies to hand over technology.

On Tuesday, the British government proposed a law that would tighten security controls on next-generation networks and exclude companies such as Huawei that are deemed high risk. That would formalize a ban announced in July by Prime Minister Boris Johnson on Huawei taking part in a planned next-generation mobile network.

Trump is pressing Chinese-owned video service TikTok to sell its U.S. operation and is trying to block companies from dealing with WeChat, the popular Chinese messaging service.