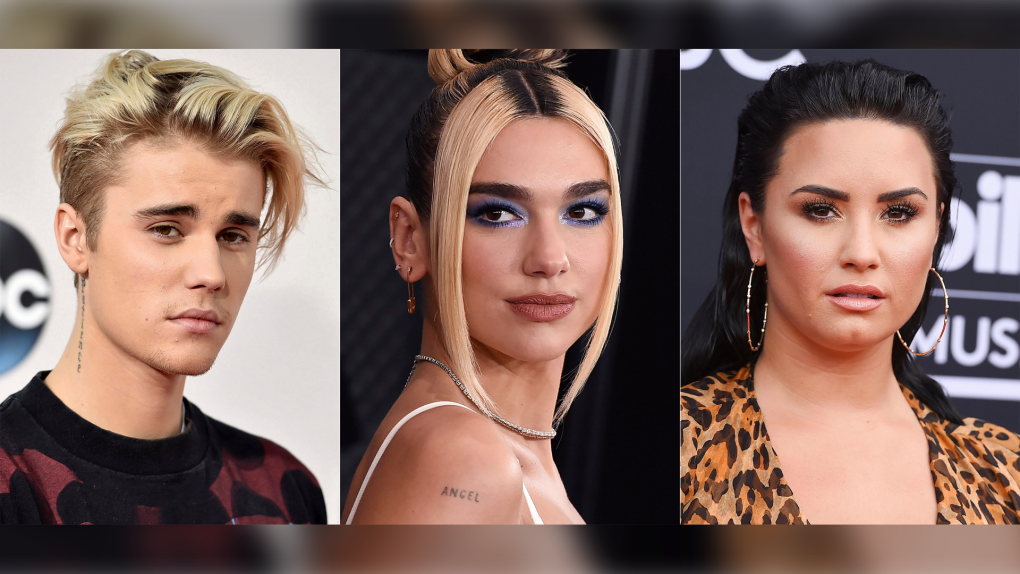 NEW YORK -- In the final days before the U.S. election, celebrities from Kerry Washington to Billie Jean King and Danai Gurira are urging Americans to vote.

Here are some of the free, nonpartisan efforts:

-- The theatre world has it's own push with "Act Out: Vote 2020," a night of music and short monologues. It's being led by playwright and "The Walking Dead" star Danai Gurira, Tony Award-winning director Stephen Daldry and two-time Pulitzer Prize winner playwright Lynn Nottage. There will be performances by Yvette Nicole Brown, Ryan J. Haddad, Brian Tyree Henry, Lloyd Knight, Sandra Oh and Ephraim Skyes. The event will be available to stream for free on Oct. 29 at 9 p.m. ET and then live on YouTube until Nov. 2.

-- Singer Demi Lovato, actor Halle Berry and Olympic figure skating star Adam Rippon are sending voice messages to LGBTQ voters and allies in the battleground states of Texas, Ohio and Pennsylvania about early voting, voting deadlines and the issues at stake in this election. It's part of a push by GLAAD.

-- Even Donald Duck is championing voters. The musical animated short "Everybody Gets a Vote" debuts Oct. 25 on Disney Junior YouTube and DisneyNOW and Nov. 1 on Disney Junior. It's designed to encourage kids aged 2-7 to develop positive attitudes about themselves and as a member of a community. In the video, Mickey Mouse, Donald Duck, Mira, Vampirina and baby Kermit determine that a vote is the fairest way to choose a playtime game.

-- Jason Alexander, Mayim Bialik, Yvette Nicole Brown, Tim Daly and other actors put on chicken costumes for a new ad urging people to vote. The public service announcement is paid for by the non-profit entertainment advocacy group The Creative Coalition. The message: "One vote could make the difference between a chicken or a fox guarding our hen house."

-- Virgin Hotels, Sir Richard Branson's lifestyle hotel brand, has launched a "Don't Sleep on Voting" campaign in partnership with The Source. The social media based campaign will roll out daily video messages on Instagram from the likes of rapper, singer and record producer Vic Mensa, singer-songwriter Cassadee Pope and comedian and actor Felonious Munk. Influencers were encouraged to create a video in their own, personal style to ensure a powerful call-to-action.