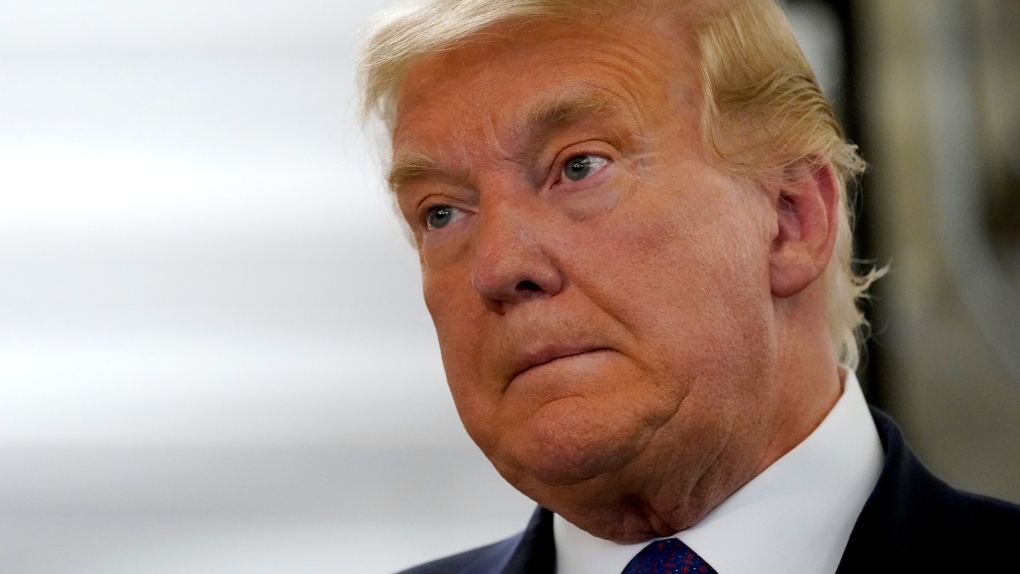 NEW YORK -- Former Watergate sleuth Carl Bernstein took to Twitter to list the names of 21 Republican senators who he says have "repeatedly expressed contempt" for Donald Trump and his fitness to be president.

Bernstein's post was condemned Monday by some of those involved. It was an eyebrow-raising modern twist on journalism from the former Washington Post reporter who, with partner Bob Woodward in the 1970s, penned scoops that led to the resignation of President Richard Nixon.

Bernstein said he wasn't violating any confidentiality pledges in listing the senators. He said he learned of the politicians' supposed private feelings through conversations with some of their colleagues, staff members, lobbyists and White House aides.

"With few exceptions, their craven public silence has helped enable Trump's most grievous conduct -- including undermining and discrediting the U.S. electoral system," he tweeted late Sunday.

Bernstein, a CNN political analyst, declined a request to talk about his posts.

Many Washington reporters have talked about lawmakers who have privately expressed reservations about Trump but rarely attached names to their stories. Bernstein said he believed several of the Republicans on his list were privately happy about Democrat Joe Biden's victory.

Michael Zona, a spokesperson for Iowa Sen. Chuck Grassley, who was on Bernstein's list, said the characterization was untrue.

"Sen. Grassley has been a strong supporter of the president and at the same time has made it no secret when he disagrees with the president," Zona said. "There is no difference between what Sen. Grassley says publicly and privately. Washington journalists might be wise to reconsider trafficking in baseless second- and third-hand rumour. It may restore some lost credibility."

Ohio Sen. Rob Portman "has never talked to Mr. Bernstein and we don't know where he's getting his false information," said Emily Benavides, the senator's spokesperson.

Portman, in a column written for the Cincinnati Enquirer on Monday, called on Trump to begin co-operating with President-elect Biden on a transition.

There was no article on CNN's website about Bernstein's list on Monday. The veteran reporter appeared on CNN's "New Day" on Friday and named 15 of the 21 senators he tweeted about two days later.

Roy Gutterman, a Syracuse University professor who specializes in journalism law and ethics, said Bernstein's approach was unusual and noted the journalist's frequent criticism of Trump.

"I don't know if what he did today would fit the model of what he staked his reputation on, which was hard-core investigative reporting," Gutterman said.

It was unsurprising to find Utah Sen. Mitt Romney on Bernstein's list. Romney said last week of Trump's pressure to overturn the election results that it was "difficult to imagine a worse, more undemocratic action by a sitting American president."

"The senator's views about the president are well known by the public," spokeswoman Liz Johnson said.

In a statement, a spokesperson for Indiana Sen. Todd Young said Bernstein's "unsourced rumours" don't deserve a response and that Young has a great working relationship with Trump.

Meanwhile, Sean Smith, communications director for South Carolina Sen. Tim Scott, said his boss "has never met, talked to or considered interacting with Mr. Bernstein, so no one should give any weight to the baseless accusations of someone who clearly has an axe to grind with the president."