40 days until the U.S. election: A look at where things stand in Trump vs. Biden

This article was featured in the Nightly Briefing newsletter, CTV News' evening reading recommendation. You can sign up here to receive it each weekday night.

Four years ago, Donald Trump was having a bad week in the polls.

One survey suggested that most Americans feared him becoming president. Another suggested that 60 per cent of registered voters said he doesn’t respect "ordinary Americans.” In the national horse race, Democratic candidate Hillary Clinton was leading in almost every poll.

Fast forward to today, and polls once again suggest Trump is the underdog. But, as the old saying goes, a week is a lifetime in politics, and Trump has a track record of defying pollsters and writing his own political playbook.

And yet, 2020 is not 2016, and the U.S. is in a radically different place than it was four years ago. The pandemic, ongoing unrest over police violence against Black Americans and the possibility of a conservative-majority Supreme Court have made this race one like no other.

Every week until Nov. 3, CTVNews.ca will offer a snapshot of the state of the race for the White House. With 40 days to go, here’s a look at where things stand.

That’s how pollsters keep describing the numbers they see from statewide surveys, with Joe Biden holding a sizeable national lead by a larger margin than Hillary Clinton held at this time in 2016.

Biden holds a seven-point lead over Trump, according to Real Clear Politics and The New York Times’ Upshot, which analyze national polls and calculate averages. FiveThirtyEight, which weighs polls and other factors such as past voter behaviour, suggests Biden has a roughly three-in-four shot of winning the White House — odds that have barely changed since June.

By this time in 2016, Clinton was leading Trump by about two points, but those numbers swung wildly throughout the campaign. In the end, Clinton won the popular vote by two points but lost the electoral college.

In the coming weeks, keep an eye on how polls react to the upcoming presidential debates. The first will be held next Tuesday, Sept. 29. 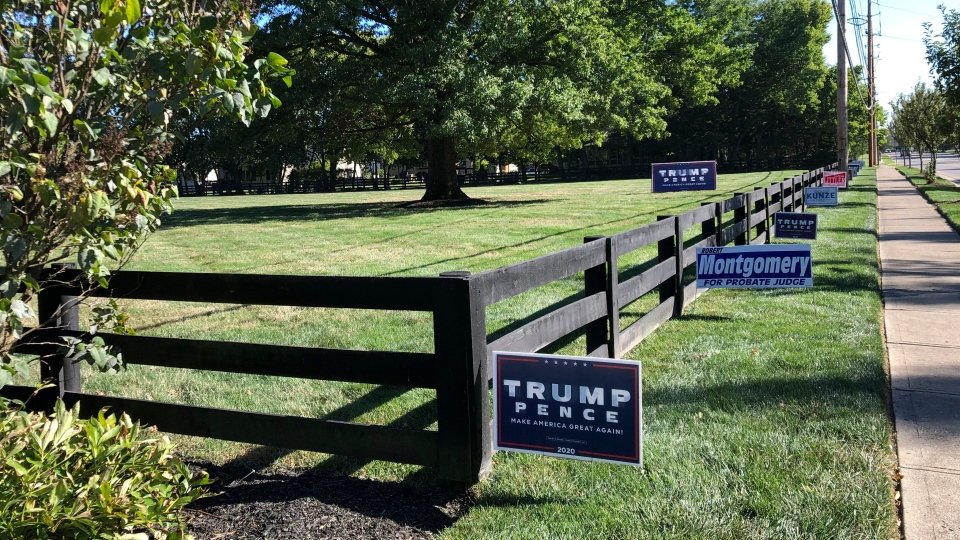 While national polls offer insights into the general mood of the electorate, it’s close statewide races that ultimately determine who wins the White House. Florida and Ohio have long been considered bellwethers, but this year, there are several other states in the mix.

Trump won Pennsylvania by less than one point in 2016, an upset win after Democrats carried the state for six straight elections. Biden — who was born in the state — is keen to win it back, and recently held a CNN town hall there. Polls suggest Biden holds a marginal but stable lead in Pennsylvania, and Democrats are breaking records with mail-in voting registration. The state’s 20 electoral votes could play a decisive role on Nov. 3.

Democrats are also looking to win in Wisconsin, which was reliably Democratic until Trump carried by less than one point in 2016. Clinton notoriously didn’t visit the state during her campaign, and — especially after the ongoing unrest in Kenosha, Wis. — Democrats don’t want to make the same mistake twice.

Nevada may represent a Democratic weak spot. Trump has held multiple rallies and poured millions of ad dollars into Nevada, a reliably Democratic state that Clinton carried in 2016 and Democrats handily won in the 2018 midterms. But the pandemic has thrown a wrench into traditional door-knocking campaigns by Democrats there.

And there are rumblings among Republicans in Ohio that Trump may be losing his support in the suburbs, with research showing a uniform drop in support across the state. That’s important because no Republican has won the White House without Ohio since the modern two-party system began. 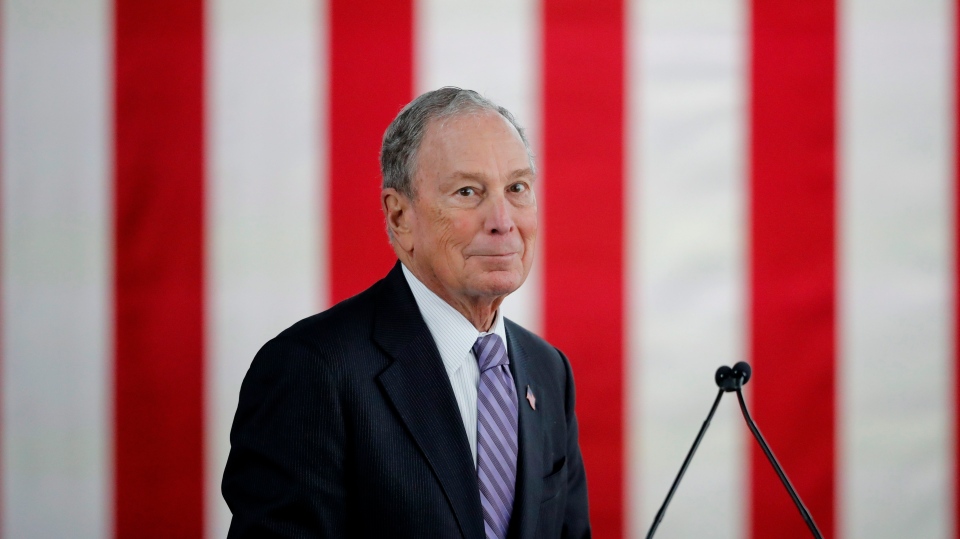 Money plays a major role in U.S. politics, and while Trump once held a sizeable lead over Biden in cash-on-hand, Biden has narrowed that gap.

But Trump still holds the advantage. Analysis by NPR suggests Trump and the Republican Party have raised US$1.33 billion total over Biden and the Democrats’ US$990 million.

Third-party donors could also play a role. Billionaire and former Democratic presidential candidate Michael Bloomberg recently committed to spending at least US$100 million in hopes of pushing Biden to victory in Florida. However, Republicans have expressed confidence that they’ll once again win the all-important battleground state, which Trump carried by 1.2 points in 2016. 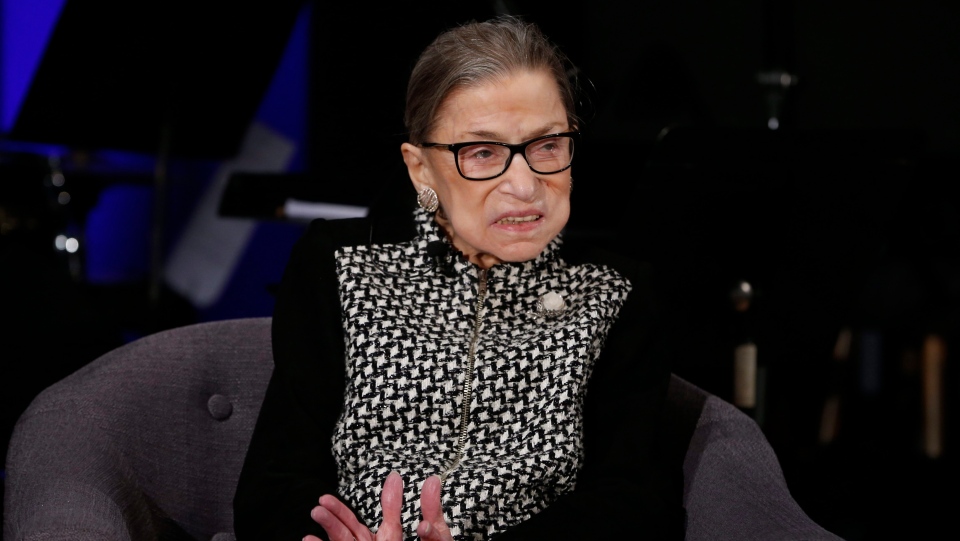 Supreme Court Justice Ruth Bader Ginsburg was an icon of women’s rights in America, and her death has thrown a curveball into the U.S. election. Trump has indicated that he’ll nominate a conservative judge to replace Ginsburg — likely a woman — by Saturday.

Democrats have indicated that they’ll challenge the nomination in the Senate, which is responsible for approving justice picks, but the Republican-controlled Senate carries enough votes to push through the vote, barring any defections. The Republicans say they plan to hold a vote before the election.

The appointment of a right-leaning justice would give the U.S. Supreme Court a conservative majority for years to come, an imbalance that some on the left fear could have major implications for issues such as reproductive and LGBT rights.

As for the impact on the race, Ginsburg’s death triggered a wave of donations to the Democratic party, with US$71 million raised in the 24 hours after her death. 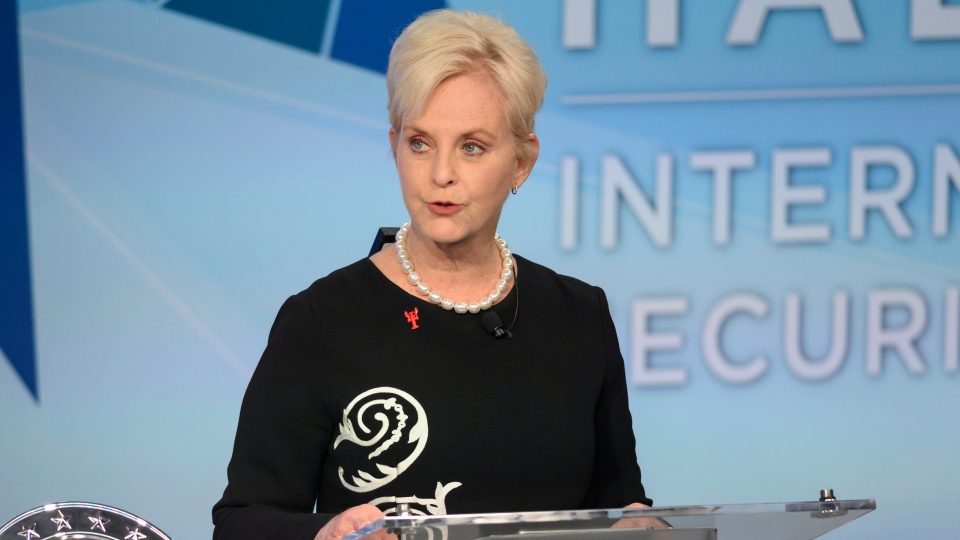 Biden has earned the public support of Cindy McCain, the widow of late Republican senator and 2008 presidential nominee John McCain. It’s the first time a member of the McCain family has endorsed a Democrat, despite longtime tensions between the family and Trump, who has questioned McCain’s military service.

CTVNews.ca will have weekly roundups on the state of the U.S. election race leading up to Nov. 3. Follow all the developments between U.S. presidential candidates Joe Biden and Donald Trump on our new Facebook group