Ambush that killed 15 police in Mexico a 'response to arrests' 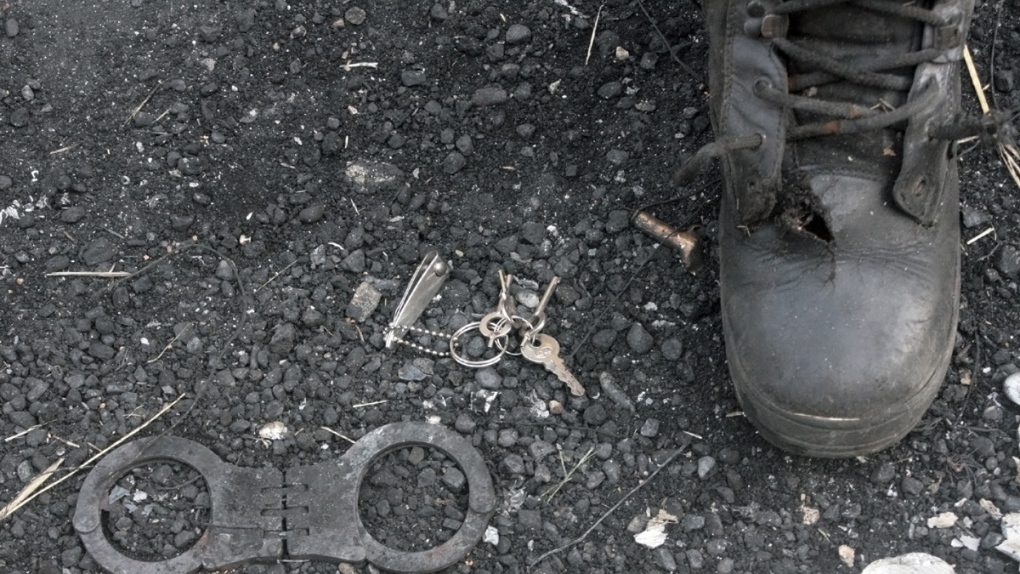 Handcuffs, a boot and some keys lay on the ground at the site where a criminal gang ambushed a police convoy near the town of Soyatlan, near Puerto Vallarta, Mexico, Tuesday, April 7, 2015. (AP Photo)

MEXICO CITY - An ambush that killed 15 state police officers in western Mexico appears to be a drug cartel's revenge attack and could herald a military-style offensive against government authorities.

The assault on a Jalisco state police convoy late Monday on a rural road between the Pacific coast resort of Puerto Vallarta and Guadalajara, the state capital, followed arrests earlier in the day and over the weekend of suspected members of the Jalisco New Generation cartel. It also came a week after a failed attempt to kill state Security Commissioner Alejandro Solorio.

The assassination attempt “was the first response by organized crime to the clash in which state security forces killed the criminal Heriberto Acevedo Cardenas, nicknamed 'El Gringo,”' Solorio said at a news conference Tuesday. He said four suspects in that attack were turned over to federal authorities on Saturday and 11 more on Monday.

Monday night's ambush was a response to those arrests, Solorio said. He gave no details on how it was carried out, but local media said a vehicle was hijacked, parked across the two-lane road and set on fire to force the convoy to stop.

“The serious thing about this attack was that it was very well planned and orchestrated, with a military-style strategy,” said Raul Benitez, a security expert at Mexico's National Autonomous University. “This was planned. A lot of gunmen were involved. They blocked the highway to surround them (police) and attack with military superiority.”

Ambushes of state-level security officials and Mexican army patrols have been relatively rare, and the Jalisco attacks suggest the conflict in the western state is reaching a new level.

The cartel has been violent since it was founded in 2010 following the death of Jalisco-based Sinaloa cartel leader Ignacio “Nacho” Coronel.

But it was the first time a cartel appeared to be mounting a direct, head-on challenge to authorities, Benitez said. Gunmen from other cartels have been known to open fire on police and soldiers, but it is usually because they are being pursued and want to escape capture.

The cartel has been fighting the Knights Templar cartel for territory in neighbouring Michoacan state, which the Knights Templar once controlled, building an economic empire based on extortion, drug trafficking and illegal mining until police and vigilantes largely dismantled the gang in 2013 and 2014.

“It appears that the Jalisco cartel is getting stronger and wants to take over the role that the Knights Templar had,” Benitez said.

In November 2013, Jalisco state authorities linked Jalisco New Generation to dozens of bodies discovered in mass graves in the community of La Barca near Lake Chapala, which is popular with Canadian and U.S. expatriates and tourists.

Officials believe the cartel was behind the dumping of 35 bodies on a busy street in the Gulf coast city of Veracruz in 2011, during a turf battle with the Zetas drug gang.