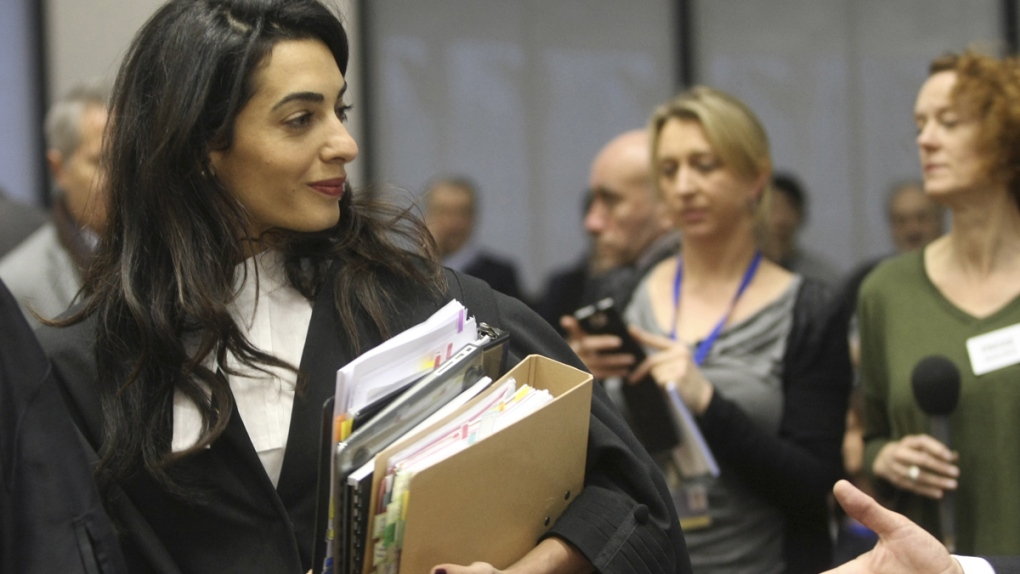 Clooney is representing Armenia as part of an appeal before the Strasbourg-based European Court of Human Rights, which ruled in favour of the man, Dogu Perincek, in December 2013.

Perincek believes his right to free speech was violated when Swiss courts convicted him of racism for denying the genocide in 2005. He described the genocide as "an international lie."

Clooney said the "most important error" of the court's 2013 ruling in favour of Perincek was that "it cast doubt on the reality of the Armenian genocide."

Historians estimate up to 1.5 million Armenians were killed by Ottoman Turks around the time of World War I, an event widely viewed by genocide scholars as the first genocide of the 20th century. Turkey, however, denies the deaths constituted genocide, saying the toll has been inflated and that those killed were victims of civil war and unrest.

The court said its decision would be made at a later date.

Amal Clooney, who married actor George Clooney last year, has also argued on behalf of Greece for the return of the so-far unsuccessful campaign to reclaim the Parthenon Sculptures from Britain.