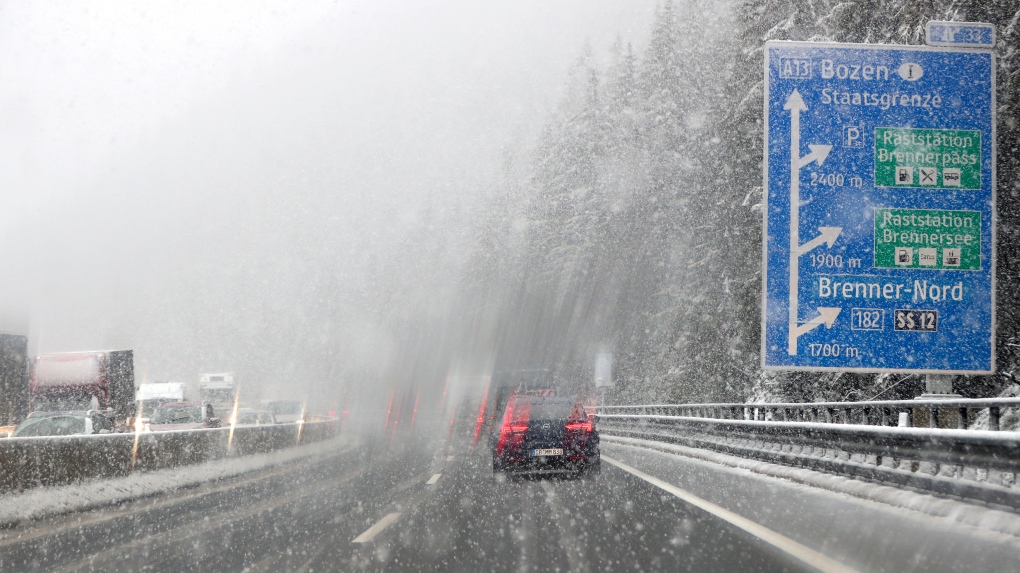 Cars make their way to the Austrian and Italian border through heavy snow fall on motorway A 13 in Noesslach near Innsbruck, Austria, Friday, Sept. 25, 2020. (AP Photo/Matthias Schrader)

BERLIN -- Parts of Switzerland, Austria and Germany were surprised by unseasonably early snowfall overnight, after a sharp drop in temperatures and heavy precipitation.

The Swiss meteorological agency said Saturday that the town of Montana, in the southern canton (state) of Valais, experienced 25 centimetres of snowfall -- a new record for this time of year.

Authorities were out in force across mountainous regions in the two Alpine nations to clear roads blocked by snow and ice.

In parts of Austria, snowfall was recorded as low as 550 metres above sea level.