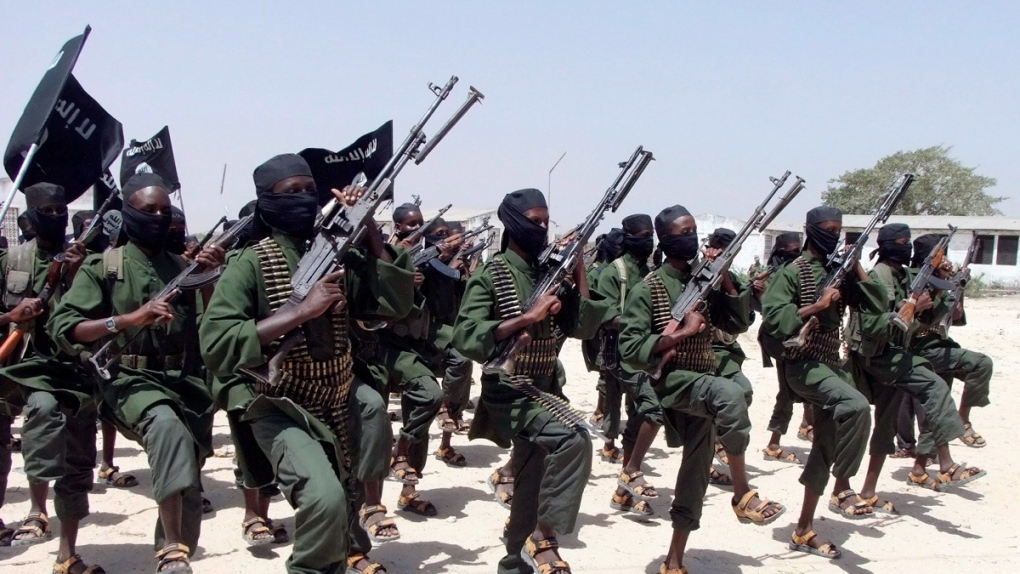 Islamic extremist fighters on Monday targeted the local Somali government headquarters in the Hiran region, leaving 20 people dead and 36 wounded in a town at the centre of a recent mobilization against the extremists, officials and witnesses said.

The Somalia-based al-Shabab claimed responsibility for the attack in Beledweyne, a town more than 300 kilometres (186 miles) north of Somalia's capital, Mogadishu.

Somalia's government earlier Monday announced that it and international partners had killed a top al-Shabab leader, Abdullahi Nadir, over the weekend. The U.S. military said it conducted an airstrike on Saturday in southwest Somalia but didn't name the al-Shabab leader killed.

The Hiran governor, Ali Jayte Osman, who survived Monday's attack, told The Associated Press that the health minister of Hirshabelle state and the deputy governor of Hiran in charge of finance were among those killed in Monday's attack. At least 36 others were hurt.

"The first explosion occurred at the entrance gate, and after a few minutes a big truck rushed toward the headquarters building and exploded, killing many civilians who came to the office to receive services," the governor said. "This attack was carried out by cowards, but their brutal acts will never distract from the public uprising against them."

He said the attack badly damaged the administration's headquarters.

Witness Elmi Hassan told the AP that a truck laden with explosives rammed the government headquarters around 10:00 a.m.

"I have seen with my own eyes several bodies that were discovered from the wreckage of the attack, human flesh scattered on the ground," he said.

The police commissioner of Beledweyne, Bishar Hussein Jimale, said the attack occurred at the Lama-Galaay military camp that also serves as the government headquarters.

"What happened here today is a disaster that killed many innocent people, including government officials, civilians and security personnel," he said.

Despite the attack, some residents remained defiant as efforts continued in the region to seize communities back from al-Shabab control.

"We will not be intimidated by this and we will not stay away from our battle against the terrorists. We will fight until the end, until we defeat you," resident Hassan Ali said.