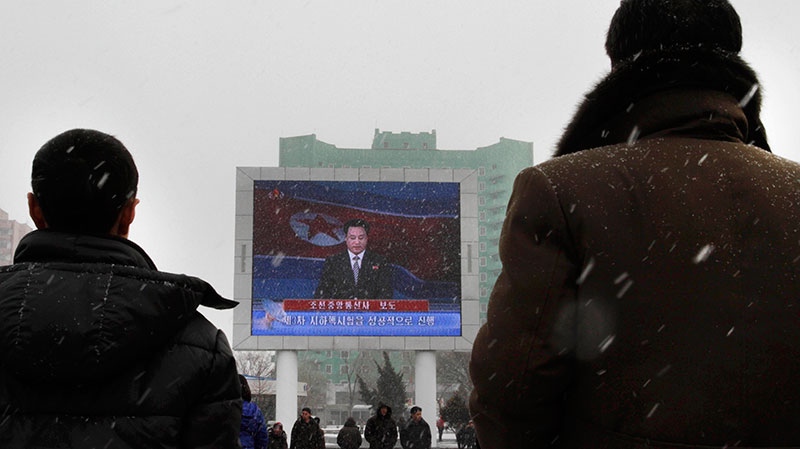 TOKYO -- Increased activity at a North Korean nuclear site has once again caught the attention of analysts and renewed concerns about the complexities of denuclearization talks as President Donald Trump prepares for a summit with Kim Jong Un in the coming weeks.

Both could be used to produce the fissile materials needed for nuclear bombs.

The findings come at a particularly sensitive time. Trump and Kim are planning to meet by May, according to officials, and denuclearization will likely be the biggest topic on their agenda if they do meet. North Korea tested its biggest nuclear device to date last September. Pyongyang claims it was an H-bomb.

While the North hasn't conducted any tests since, or test-launched any long-range missiles since Nov. 28, the heightened activity at the Yongbyon complex could be ominous.

According to an analysis in Jane's Intelligence Review published earlier this month, a testing program is now underway at the experimental reactor, which means it could become operational with "little warning later in 2018 or in 2019." It said the preliminary testing follows increased activity throughout 2017.

The reactor was completed five years ago and is primarily designed to generate electricity for civilian use. But it could also be used to produce plutonium or tritium.

The Jane's report cautioned that without international inspections it's impossible to tell for sure if it's being used to produce civilian electricity or weapons-grade material for bombs. The reactor has been linked to the local electricity grid and is believed to be potentially able to power a city of about 50,000 if operated at full capacity.

"Further monitoring of the type and cadence of activity at the site is likely to reveal clues about North Korea's ultimate intentions," the Jane's report concluded.

In a separate report posted on 38 North, a website that specializes in North Korea news and analysis, experts said they have detected activity at another reactor in the Yongbyon complex, which is located north of Pyongyang, that could be an even bigger concern.

Imagery of Yongbyon's 5-megawatt reactor suggests it was brought into operation very recently. The website said that would mean "North Korea has resumed production of plutonium presumably for its nuclear weapons program."

It said commercially available satellite imagery of the reactor revealed steam vapour plumes emanating from the generator hall, along with river ice melt near the reactor. Additionally, North Korean technicians might have stepped up efforts to conceal signs of the reactor's operations, "making monitoring efforts more difficult going forward."

The March 5 report added that a military tent camp has been set up at Yongbyon, possibly for troops doing construction or providing enhanced security.

For North Korean leaders, a train unlike any other