After outcry, White House says Biden will lift U.S. refugee cap in May 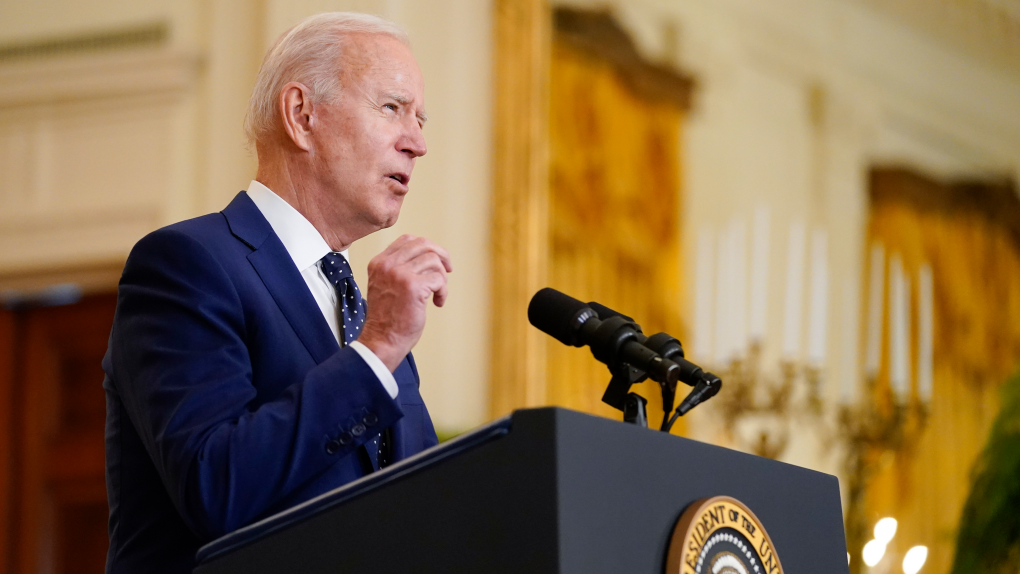 WASHINGTON -- U.S. President Joe Biden plans to lift his predecessor's historically low cap on refugees by next month, after initially moving only to expand the eligibility criteria for resettlements and getting swift blowback from allies in return.

In an emergency determination signed Friday, Biden stated the admission of up to 15,000 refugees set by President Donald Trump this year "remains justified by humanitarian concerns and is otherwise in the national interest." But if the cap is reached before the end of the current budget year and the emergency refugee situation persists, then a presidential determination may be issued to raise the ceiling.

That set off a deluge of criticism from top allies on Capitol Hill such as the second-ranking Senate Democrat, Dick Durbin of Illinois, who called that initial limit "unacceptable."

White House press secretary Jen Psaki said later that Biden is expected to increase the refugee cap by May 15, though she didn't say by how much.

Asked Saturday by reporters about the cap, Biden didn't offer new details. "We're going to increase the number," he said after golfing in Wilmington, Delaware. "The problem was that the refugee part was working on the crisis that ended up on the border with young people. We couldn't do two things at once. But now we are going to increase the number."

Biden's use of the word "crisis" raised some eyebrows -- and caused an uproar among some on the right -- because the White House had bent over backwards in recent weeks to avoid the politically charged term to describe the situation at the border, opting instead for words like "challenge." But the White House also insisted that it was taking the matter seriously no matter the nomenclature, but any link between the border and the administration's decision on refugees was not immediately clear.

Biden has been consulting with his advisers to determine what number of refugees could realistically be admitted to the United States between now and Oct. 1, the end of the fiscal year, Psaki said. "Given the decimated refugee admissions program we inherited," she said it's now "unlikely" Biden will be able to boost that number to 62,500, as he had proposed in his plan to Congress two months ago.

But Biden, she said, was urged by advisers to "take immediate action to reverse the Trump policy that banned refugees from many key regions, to enable flights from those regions to begin within days; today's order did that."

The new allocations provide more slots for refugees from Africa, the Middle East and Central America and lift Trump's restrictions on resettlements from Somalia, Syria and Yemen.

Critics from both sides of the political spectrum had accused the president of bowing to political pressure that has been mounting over the record pace of unaccompanied migrants crossing the U.S.-Mexico border. Stephen Miller, a key architect of Trump's immigration policies, tweeted that keeping Trump's cap "reflects Team Biden's awareness that the border flood will cause record midterm losses."

The White House indicated the border situation was partly why Biden had not acted before now, even though migrants at the border do not go through the same vetting process as refugees.

"It is a factor," said Psaki, noting that the Office of Refugee Resettlement "has personnel working on both issues and so we have to ensure that there is capacity and ability to manage both."

"This cruel policy is no more acceptable now than it was during the Trump administration," Blumenthal said. "To be clear: the asylum process at the southern border and the refugee process are completely separate immigration systems. Conflating the two constitutes caving to the politics of fear."

Since the fiscal year began last Oct. 1, just over 2,000 refugees have been resettled in the U.S.

Sen. Bob Menendez, D-N.J., the chairman of the Senate Foreign Relations Committee, told Biden in a letter Friday that his inaction "undermines your declared purpose to reverse your predecessor's refugee policies."

Menendez said it also makes it unlikely that the program can hit its target next budget year of 125,000, which Biden has pledged to do.

Refugee resettlement agencies said it was important that admissions go higher even if it's not possible to meet the target to send a message that America will be a leader again in offering safe haven to the world's oppressed.

Some 35,000 refugees have been cleared to go to the United States, and 100,000 remain in the pipeline and their lives remain in limbo, said David Miliband, president and CEO of the International Rescue Committee.

"This leadership is sorely needed," he said.

The State Department, which co-ordinates flights with resettlement agencies, booked 715 refugees to come to the United States with the anticipation that Biden would have acted by March, but those flights were cancelled since the refugees were not eligible under Trump's rules, according to resettlement agencies.

Most of the refugees are from Africa and fleeing armed conflict or political persecution. Trump limited most spots to people fleeing religious persecution, Iraqis who have assisted U.S. forces there, and people from Central America's Northern Triangle.