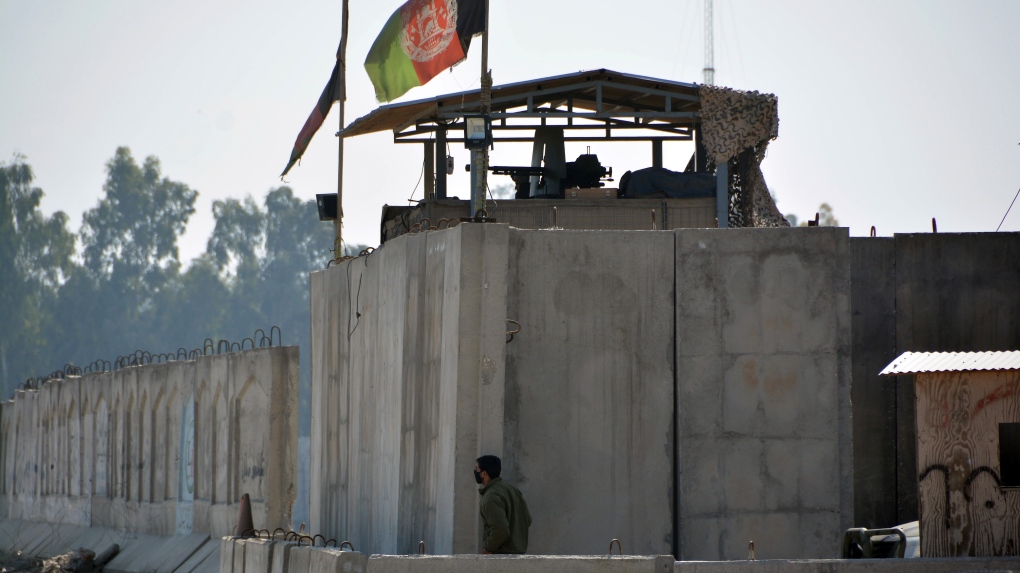 KABUL -- Militants in Afghanistan set off a suicide blast on Wednesday morning and stormed a construction company near the airport in Jalalabad, the capital of eastern Nangarhar province, killing at least 17 people, officials said.

The dawn assault triggered an hours-long gunbattle with local guards, drawing in U.S. forces to assist the Afghan troops in the shootout.

Among those killed were 16 employees of the Afghan construction company EBE and a military intelligence officer, said Attahullah Khogyani, the provincial governor's spokesman. He added that nine other people were wounded in the attack, which lasted more than five hours.

No one immediately claimed responsibility for the attack but both the Taliban and the Islamic State group are active in eastern Afghanistan, especially in Nangarhar.

The two groups have been carrying out near-daily attacks across Afghanistan in recent years, mainly targeting the government and Afghan security forces and causing staggering casualties, including among civilians. The attacks have continued despite stepped-up U.S. efforts to find a negotiated resolution of the 17-year war, America's longest.

Wednesday's attack began around 5 a.m. and five attackers were involved, Khogyani said. Two of them detonated their explosives, blowing themselves up, while the remaining three were killed in the shooting.

The attackers were on foot and after setting off a suicide blast at the company gates, the others stormed in, triggering a gunbattle that drew U.S. forces to the scene, according to Gen. Ghulam Sanayee Stanikzai, the provincial police chief.

As the attack unfolded, Afghan President Ashraf Ghani arrived for a visit to neighbouring Kunar province to inaugurate an administrative health complex and to lay the cornerstone of a 200-bed hospital.

By 10:30 a.m., when the last of the attackers was killed, all was over and the Afghan forces proceeded with a clean-up operation, Khogyani said.

The attack was the second high-profile assault in the past six days. Over the weekend, the Taliban targeted an Afghan army unit at its camp in southern Helmand province, killing at least 23 troops and wounding more than 20 others. That attack began on Friday and ended on Saturday evening, 40 hours later.

The Taliban claimed responsibility for the Helmand attack, which came even as insurgents were meeting with a U.S. peace envoy in Qatar, a Gulf Arab country, for peace talks.