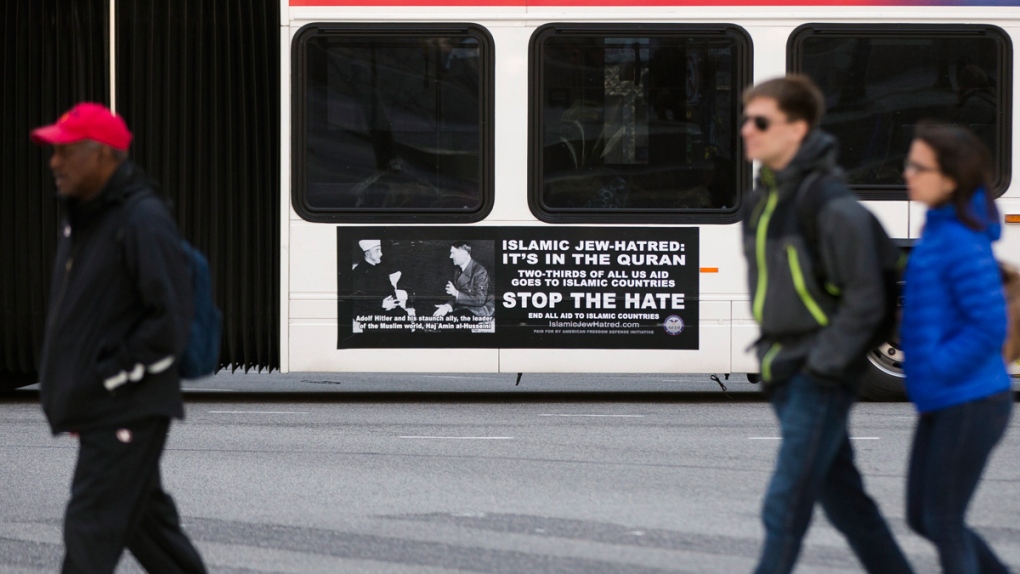 PHILADELPHIA - Provocative ads showing a photograph of Adolf Hitler with a former Arab leader are to begin appearing on Philadelphia transit buses.

The ads will appear on 84 buses. One features a 1941 photograph of Hitler and supporter Hajj Amin al-Husseini, a Palestinian Arab nationalist.