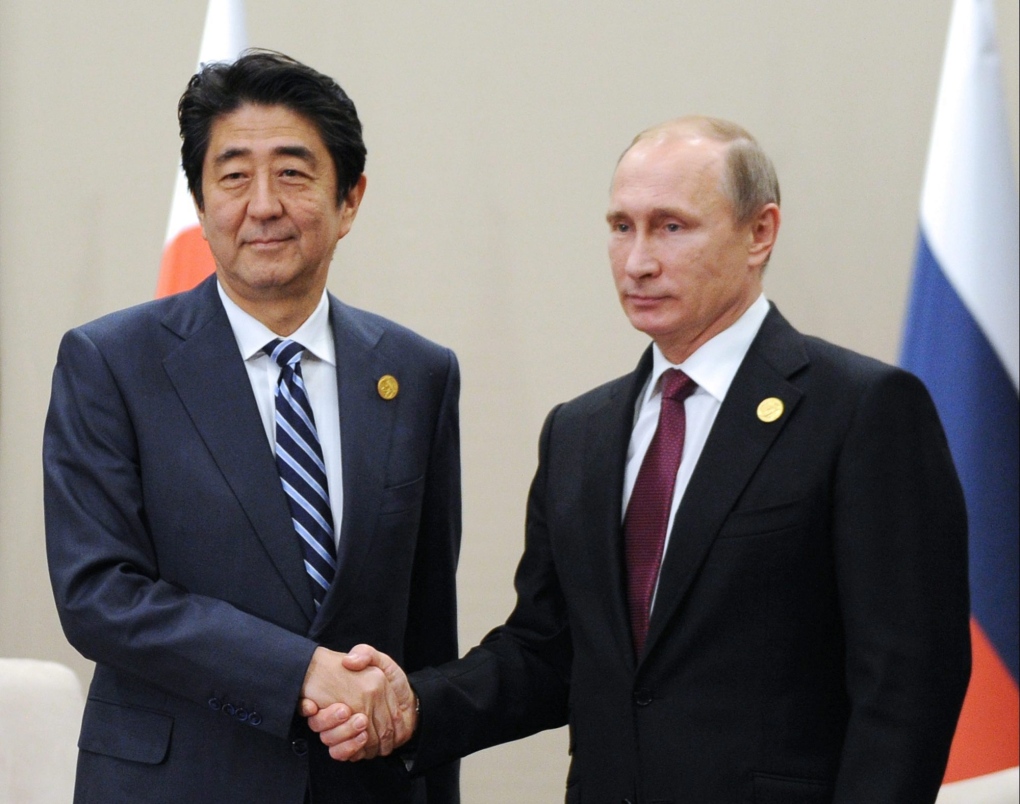 Japan and Russia never signed a peace treaty after World War II because of conflicting claims over islands north of the Japanese island of Hokkaido, which Japan calls its "Northern Territories."

When asked about Putin in a news conference, Abe said, "We both recognize that 70 years after the war's end, to not have concluded a peace treaty is abnormal."

"But without a summit meeting this Northern Territories problem cannot be resolved," Abe said.

He also said it was crucial that Russia play a constructive role in fighting terrorism and in the crises in Iran and Syria.

Since taking office in late 2012, Abe has sought to make progress on improved relations with Russia, but the conflict in Ukraine and other issues have complicated that effort.

Several tentative plans for a visit by Putin to Japan have been put off due to western concerns over Russia's involvement in such crises.

Tokyo views this as a good time to seek negotiations with Moscow over the territorial dispute, given Russia's desire to boost foreign investment in its Far East region and its currency economic straits, local media have reported recently.

The four disputed islands were seized by the Soviet Union in 1945.

Earlier speculation suggested a compromise might allow the countries to split control of the islands: Etorofu, Kunashiri, Shikotan and the Habomai islet group.

Over the past few years, both countries have sought to encourage more development of the resource rich area, with limited success.

Outlining his achievements over the past few years, Abe also said Japan's often tense relations with China and South Korea are "normalizing" following a summit in Seoul and he hopes for further progress.