A woman is dead after a car drove through a crowd of protesters in Minneapolis: police 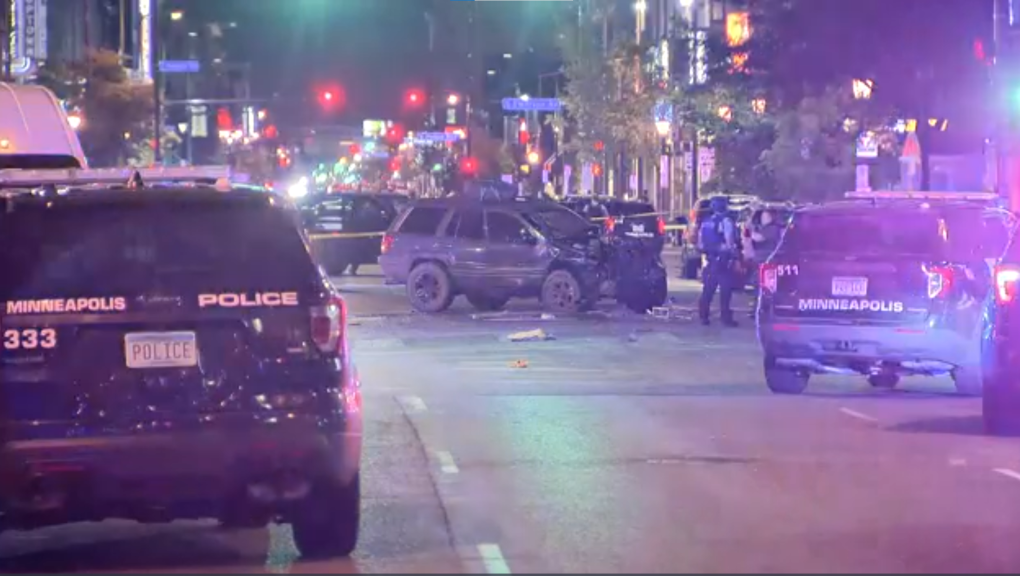 Minneapolis police say two people were taken to the hospital and a woman has died after a car drove into a group of protesters in Uptown late Sunday night. (KARE)

A person drove into a group of protesters in Minneapolis early Monday, killing one woman and injuring another person, authorities said.

A suspect is in custody after police say they saw the vehicle on video surveillance drive into the protesters just after midnight. The crowd was protesting an officer-involved shooting from a few weeks ago that did not involve MPD, John Elder, spokesperson for Minneapolis Police, told CNN.

The protest where the deadly crash happened Monday occurred in the same area where protesters gathered more than a week ago over the killing of 32-year-old Winston Smith, a Black man killed by law enforcement officers who were executing a warrant. The protests come as the city continues to grapple with last year's killing of George Floyd during his arrest in Minneapolis, and with the murder conviction in that case of former police officer Derek Chauvin.

While a motive for Monday's incident is unknown, the preliminary investigation indicates drugs or alcohol may have been a factor in the crash, according to a news release from MPD.

Video of the scene taken by CNN affiliate KARE shows an SUV with front-end damage in the middle of a street, surrounded by at least a dozen police cars and crime scene tape.

Small groups of people stand around the block where the car is located, along with investigators, the video shows.

The surviving victim has been hospitalized with non-life-threatening injuries, according to MPD.

The news release said protesters pulled the suspect from the vehicle after the crash and began to strike the driver before officers arrived and took the driver into custody.