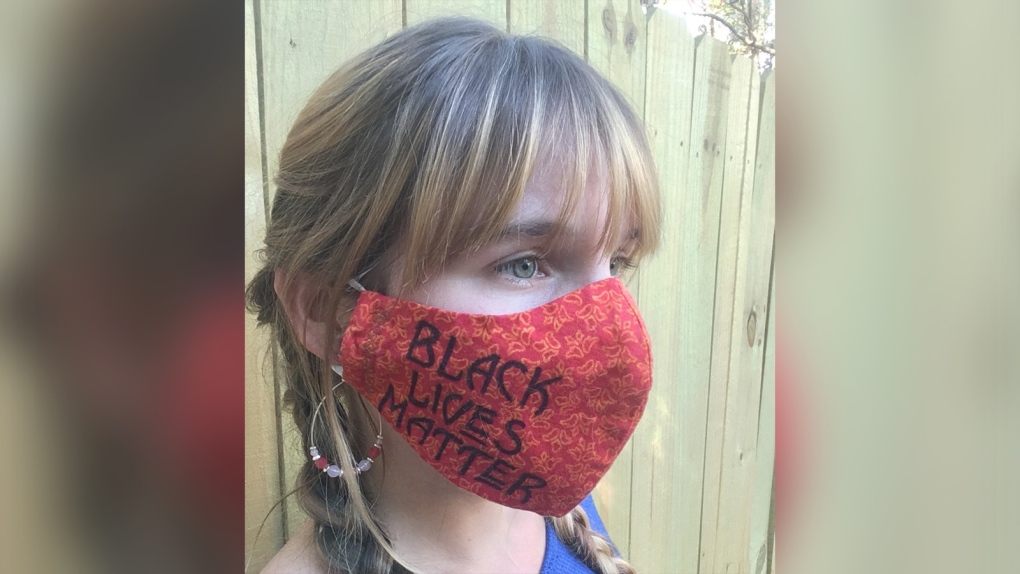 A Texas teacher was fired for continuing to wear a Black Lives Matter face mask after school officials asked her to stop.

Lillian White, an art teacher at Great Hearts Western Hills, a public charter school in San Antonio, began wearing a face mask that read "Black Lives Matter" and "Silence is Violence" after the charter school reopened in the summer for in-person workdays amid the coronavirus pandemic. At the time, students were not on campus.

White said she wore the mask to demonstrate her support for Black students and faculty, but also to advocate for an anti-racism action plan and a more diverse curriculum.

Protests over racial injustice erupted across the United States this summer after several high-profile killings of Black people by police. The Black Lives Matter movement has been central to the protests.

After nearly two weeks of wearing the mask, White said she received a message from a school official asking her to stop.

"Hey. can you start bringing a different mask on campus? We don't discuss the current political climate on campus. Parents will start coming around more now," Heather Molder, the school's assistant headmaster, said in a text message to White, which the teacher shared with CNN.

Molder did not respond to multiple requests for comment from CNN.

"Great Hearts enacted, in this unprecedented pandemic environment, a policy that face coverings have no external messages," Scoggin said.

The art teacher, who has worked in education for more than 10 years, continued to wear the mask despite receiving multiple requests from school officials to stop.

"I immediately knew it was time for me to make a decision, and I didn't think twice about it. This is a human rights issue and I did it for my students who experience racial injustice in school. I refused to back down," White said.

"If you're scared about what parents are going to say because a teacher is supporting equal rights, you need to reevaluate the kind of people you're catering to. By staying silent, Great Hearts is only supporting racist parents."

On Sept. 5, after a month of speaking with school and district officials on the matter and days before students returned to campus, White was told her employment was terminated for her refusal to wear a different mask.

Scoggin said the school's decision was about policy and not the Black community.

"We stand with the Black community and all who are suffering. Great Hearts deplores bigotry and its crushing effects on all those subjected to it. Great Hearts is committed to an America where racism, violence, and injustice do not happen, because such acts find no home in the hearts of a great people," Scoggin said.

White said no students or parents saw her wearing the mask in person, but that she was harassed by some parents who saw photos she posted of herself wearing the face covering on social media.

Some faculty members asked if she could make them Black Lives Matter masks, White said, but none joined her fight or defended her when she was fired.

White does not plan to contest her termination, but has started a petition, signed by more than 1,200 people, demanding Great Hearts to implement an anti-racism action plan.