A student with autism needed a quiet place to work. His desk was put in a bathroom stall 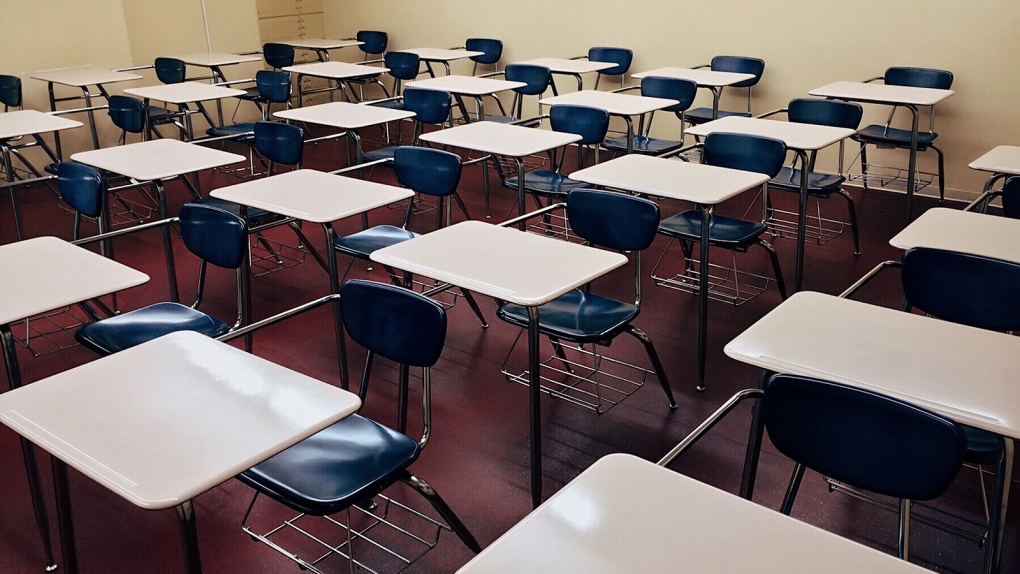 Desks in a classroom are pictured in this file photo. (Pixabay / Pexels)

A school district in Washington state is facing criticism for putting the desk of a student with autism in a bathroom stall after his mother said he needed a "quiet place" to do his best work.

Danielle Goodwin told CNN affiliate KOMO that she had discussed her 11-year-old son's special needs with his teacher. But when they showed up at Whatcom Middle School in Bellingham, Washington, this week, they found his desk in a bathroom stall, Goodwin said.

"I was stunned," Goodwin told the station Thursday. "I was so shocked I just took the picture because I didn't believe what I was seeing."

Goodwin shared the picture on Facebook, showing her son's desk over the toilet, and his chair next to the bathroom sink.

Goodwin's son had just transitioned from elementary school, where he was allowed to work in a library, said Shannon McMinimee, an attorney for the Goodwin family.

"I can't believe that there was anybody that thought this was a good idea," McMinimee told CNN. "There's a lot of different ways you can accommodate students with disabilities without humiliating them."

Goodwin asked if her son could work in the library and was told no, Goodwin said in the Facebook post. She was also told that "it was fine for him to be in there" because the school didn't use the space as a bathroom."

Her son also has an autoimmune disorder, Goodwin told KOMO, further highlighting why the suggestion he work in a bathroom was problematic.

"My son was humiliated, embarrassed, and disgusted at this inhumane suggestion that he work in a bathroom," she said.

McMinimee said there had never been an issue before with the boy having access to a library or other suitable quiet place to work. It had been a longstanding accommodation for him, she said.

In a statement posted online, Bellingham Public School Superintendent Greg Baker said, "To our knowledge the stall had been used as storage, not as an active restroom."

The idea of putting Goodwin's son there was "an example of staff trying to seek a solution to temporarily repurpose a room," Baker said.

No student spent any part of their school day in the bathroom, he said.

Due to limited state funding "schools often have limited space to meet students' instructional and social-emotional needs," he said.

As an example, Baker pointed out that the district has previously converted staff lounges into temporary classrooms and the principal's office into meeting spaces to provide enough space for full-time kindergarten.

"Again, my preliminary assessment is this idea was well-intentioned, but in the end, we did not move forward with it," he said.

McMinimee said the school was notified Friday that she's representing the family. She has started the process of requesting changes to the boy's special education plan and has requested a tort claim, a mandatory first step before a lawsuit can be filed in Washington, the attorney said.

The first and best thing the school could do is call and apologize to the family, she said.

The attorney said she's had experience in education law for 15 years.

"This is the weirdest thing I've ever seen a school district do," McMinimee said.