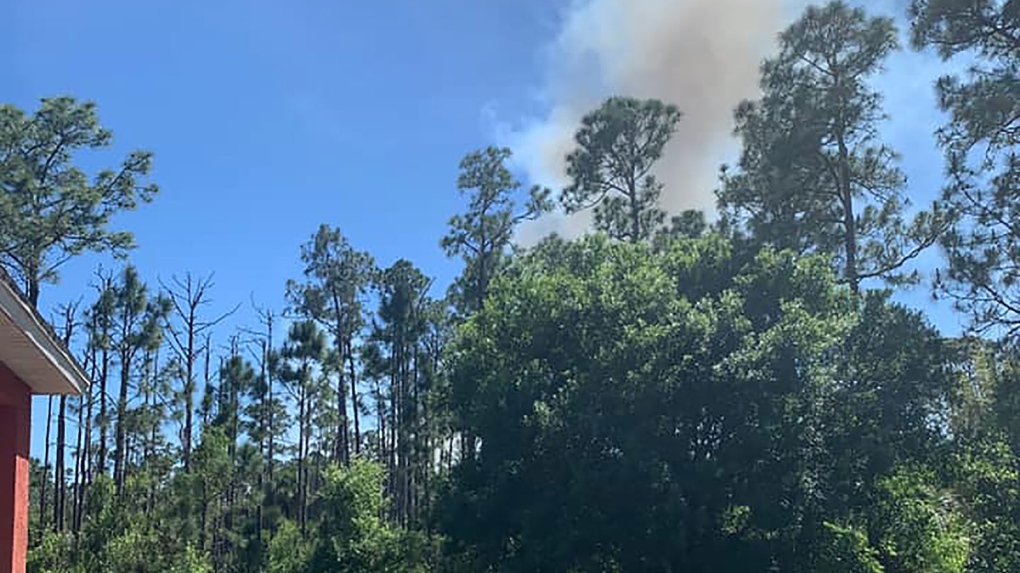 Firefighters were called to a home in Brevard County, Fla., after reports that a blaze was possibly ignited by fireworks, fire officials said. (Brevard County Fire Rescue)

Firefighters were called to a home in Brevard County, Fla., last weekend after reports that a blaze was possibly ignited by fireworks, fire officials said.

But when they arrived, firefighters realized some explosives had been in the mix.

"We were informed that it was caused by a gender reveal using Tannerite and a weapon," Brevard County Fire Rescue Chief Mark Schollmeyer told WESH. Tannerite is a highly explosive substance often used as a rifle target

"Something as seemingly innocent as a gender reveal can turn into a large-scale disaster where homes are threatened," he added.

The blaze was "fast moving in heavy fuel"and ended up burning 10 acres before it was completely contained within hours, county fire officials and the Florida Forest Service said.

No homes were damaged, the Brevard County Fire Rescue said.

The county had been under a burn ban, including outdoor activities such as campfires, bonfires and trash burning, because of the dry conditions in the region. The order comes with a fine of up to $500.

It's unclear whether anyone faced a fine.