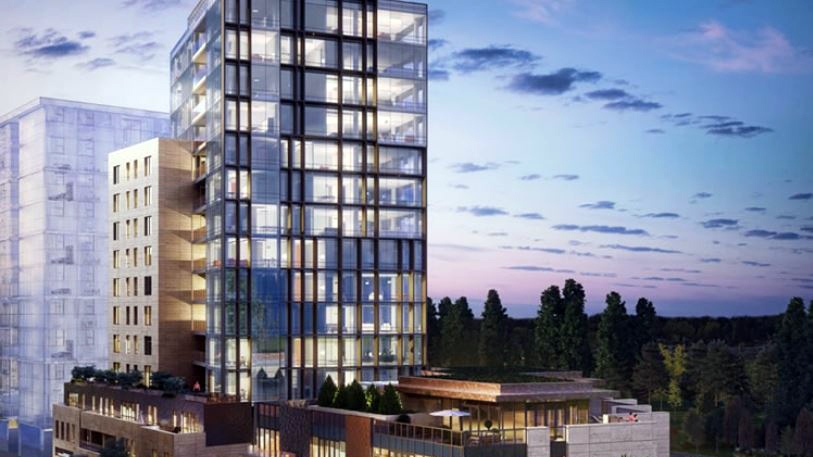 An artist's interpretation of The River condominium in Calgary, Alta. (therivercalgary.com)

CALGARY -- A riverfront development in Calgary has bucked the recent downward trend in luxury condominium sales in the city, after selling a unit for $8.4 million.

The two condos are part of The River, an upscale real estate development in the city's Mission neighbourhood, where the penthouse suite set an all-time record price for a condo in Calgary after selling for $8.99 million in 2012.

The high-end sales are something of an outlier in the city. Condo sales over $700,000 having dropped by more than half so far this year compared with last year, totalling 17 as of the end of June.

Of those 17 sales, none had sold for more than $2.5 million, compared with four units that exceeded that sale price by the end of June last year.

But overall sales for homes in excess of one-million dollars, including condos and semi-detached and detached houses, have climbed 8.6 per cent this year compared with last year when 317 sold by the end of June.