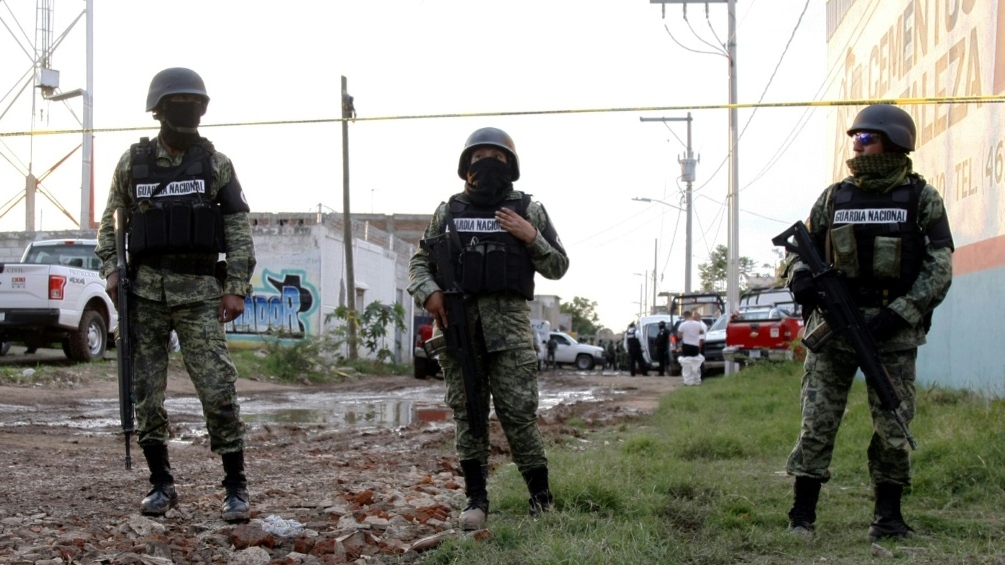 Guanajuato is one of Mexico's most violent states, with its wealth and extensive energy infrastructure drawing the attention of criminal gangs. (AFP)

CELAYA, MEXICO -- The bodies of at least 59 people were found in hidden graves in the central Mexican state of Guanajuato, government authorities said Wednesday.

Guanajuato is one of Mexico's most violent states, with its wealth and extensive energy infrastructure drawing the attention of criminal gangs.

"The vast majority of the bodies, in which there is still some tissue or other sign, would appear to be young people, very young, possibly even teenagers," said Karla Quintana, the head of Mexico's National Search Commission (CNB).

Pending expert confirmation, between 10 and 15 women are among the victims, Quintana added.

The graves were found in the Barrio de San Juan neighborhood in the city of Salvatierra, in the southern part of the state, according to Quintana.

Authorities were notified of the graves' possible location two weeks ago, and state and federal security institutions have been working together for the past eight days.

"We have even more possible positive points, which is why we will continue working," said Quintana.

A team of more than 80 people examined the area in 18-hour daily shifts, and 52 excavations were carried out that eventually led to the discovery of the bodies, according to the search's state commissioner, Hector Diaz.

In July, heavily armed men stormed a drug rehabilitation center in the city of Irapuato and killed 27 people.

Also on Wednesday, the bodies of six men and two women were found in Ciudad Juarez, on the border with the United States, local police reported.

"Their hands and feet were tied, they have wounds generated by a large-caliber firearm projectile on the head and thorax and traces of violence in various parts of the body," a police report detailed.

Three of the victims were kidnapped last Monday in the neighborhood of Aldama, the force added.

Authorities suspected the victims were executed elsewhere, as no spent cartridges were found near the bodies.

Mexico has been hit by a wave of violence since the government deployed the military to fight the drug cartels in 2006.

Around 293,000 people have since been murdered, according to official figures that do not specify how many of the cases are linked to organized crime.