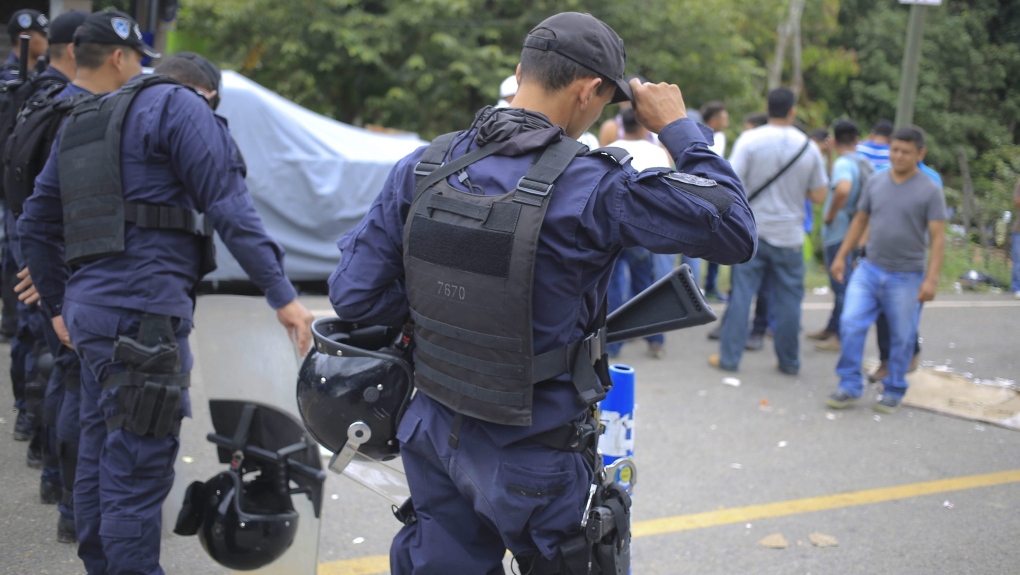 Honduran migrants arrive at a police checkpoint in the customs office in Agua Caliente, the border between Honduras and Guatemala, on 19 October 2018, where they carried out the migratory control. The warnings from the US, Mexico and Guatemala have not stopped the migration of thousands of Hondurans. EPA/Gustavo Amador

MEXICO CITY -- Authorities in the western Mexico state of Colima say they have found 50 more bodies buried in secret graves just a week after announcing they had found 19 corpses in that area.

The Colima state prosecutor's office says the additional bodies were found in a lot adjoining the area where the first graves were found last week.

The office said in a statement Tuesday the 69 bodies were recovered from 49 clandestine gravesites in the community of Santa Rosa in Tecoman municipality. Attempts to identify the bodies through genetic testing are underway.

Authorities say some of the bodies appeared to have been buried at least five years earlier.

According to Mexico's national statistics institute, Colima had the highest homicide rate in Mexico in 2017, at 113 killing per 100,000 residents.