In a rush this morning? Here’s our time-saving guide to today’s five biggest stories: U.S. President Donald Trump faces a deadline to deliver evidence on his claims that the previous administration tapped his phones during the election; Canadians can once again file their taxes online after the site was taken down on Friday; the candidates competing to become the next NDP leader had their first debate; a Newfoundland and Labrador woman is sharing her story of survival during the region's most recent storm; and a Saskatoon woman got the gift of sight after generosity from strangers.

Plus, for "Money Monday," tips on how to live when you're on a part-time salary.

If you're looking for a newscast to catch up on the morning's top stories, watch CTV News On the Go.

1. Trump's deadline: The U.S. House of Representatives' intelligence committee is asking the Trump administration to deliver evidence on Monday that the phones at Trump Tower were tapped during the election campaign. U.S. President Donald Trump has accused former president Barack Obama of tapping his phones, but has not substantiated those claims.

2. Tax services back online: Canadians can file their tax returns online again after the Canada Revenue Agency took the service down as a precautionary measure on Friday. A notice was posted on the agency's website through the weekend that officials detected "an internet vulnerability." Services returned to normal on Sunday.

3. First debate for would-be NDP leaders: The four NDP leadership hopefuls took to the stage Sunday for the party's first leadership debate. Much of the discussion focused on how to restore the party's spirit after it was crushed by the demotion from Official Opposition status in the 2015 federal election.

4. Flying canoe: A Newfoundland and Labrador woman is lucky to be alive after hurricane-force winds picked up a canoe from a neighbour's yard and slammed it into the side of her house hard enough to break through the wall.

5, A gift of sight: Strangers have helped a Saskatoon woman buy a special pair of glasses that allow her to view her favourite sports team.

And one more thing for "Money Monday": CTV News' chief financial commentator Patricia Lovett-Reid offers her tips on how to live on a part-time budget. 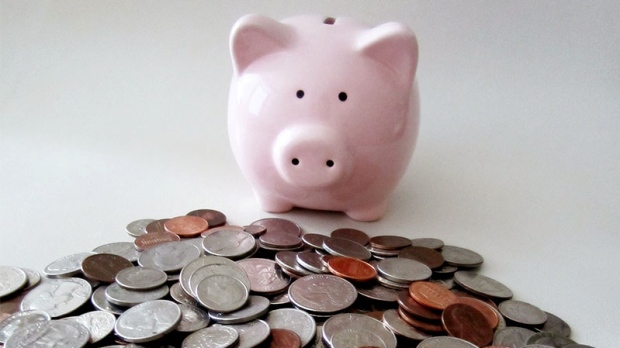