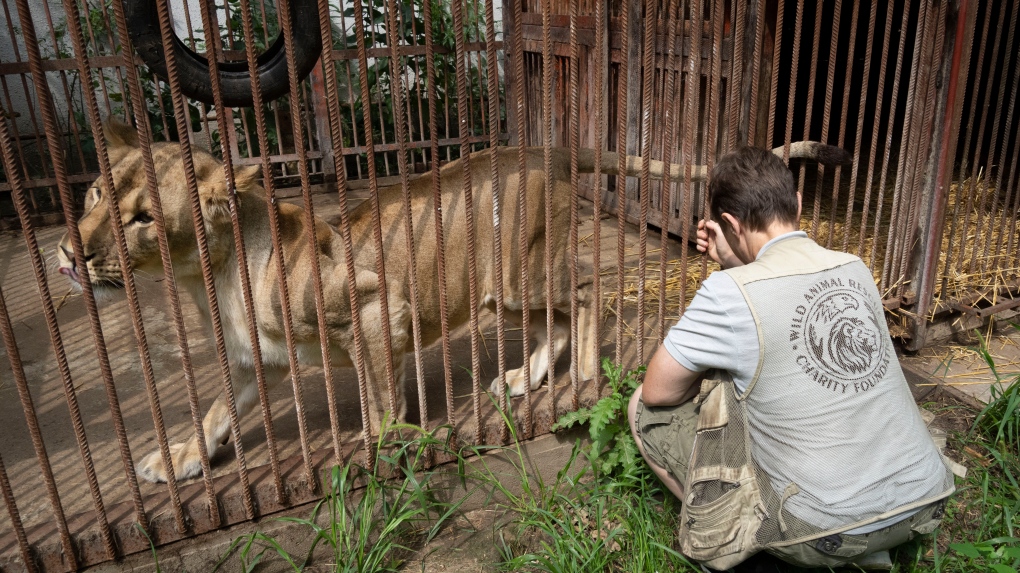 Four lion cubs that were orphaned during the war in Ukraine have arrived safely at a Minnesota animal sanctuary that has pledged to provide them a permanent home.

A male cub named Taras and three females named Stefania, Lesya and Prada, who are all between four and five months old, spent the last three weeks at the Poznan Zoo in Poland. Their arrival Tuesday marked the final step in an arduous journey after they lived through sporadic bombings and drone attacks in Ukraine, according to the International Fund for Animal Welfare, one of several groups working to rescue animals from the war.

"These cubs have endured more in their short lives than any animal should," Meredith Whitney, wildlife rescue program manager at the fund, said in a statement. "They were born at breeding facilities in Ukraine during the war and then orphaned at a few weeks old."

Their new home is The Wildcat Sanctuary in Sandstone, about 90 miles (145 kilometres) north of Minneapolis. They were put on a plane that was returning to the U.S. from Poland. It landed Tuesday in Minneapolis, from where sanctuary staffers brought them to the facility where they were assessed by a veterinarian and given a warm place to rest. The flight was funded in part by the New York-based Andrew Sabin Family Foundation.

Dr. Andrew Kushnir, an American veterinarian with the fund who accompanied the cubs on their flight, cared for the cubs in Ukraine and Poland. Despite drone attacks and airstrikes, he prepared their specialized formula every three hours, the fund said. On nights when the power went out, he used his arms and legs to warm their milk bottles.

The non-profit Wildcat Sanctuary shelters nearly 130 lions, tigers, cheetahs, leopards and other wildcats, many of which were rescued from the trade in exotic pets, including the four cubs. To assure peace and tranquillity for the cats, it does not put them on public display, but lets them roam fenced enclosures amid the woods of Minnesota. The sanctuary does offer virtual tours via its website and Facebook page.

A young Black woman who resisted her own enslavement in Queenston, Upper Canada, in the late 18th century is being honoured by Canada Post.

Canada's financial intelligence agency is stepping up the fight against the illicit wildlife trade by taking aim at the criminals who reap big profits from the global racket.

A suicide bombing that struck inside a mosque at a police and government compound in northwest Pakistan reflects 'security lapses,' current and former officials said as the death toll from the devastating blast climbed to 100 on Tuesday.

Economy grew by 0.1 per cent in November, Statistics Canada says

Statistics Canada says the economy grew by 0.1 per cent in November.