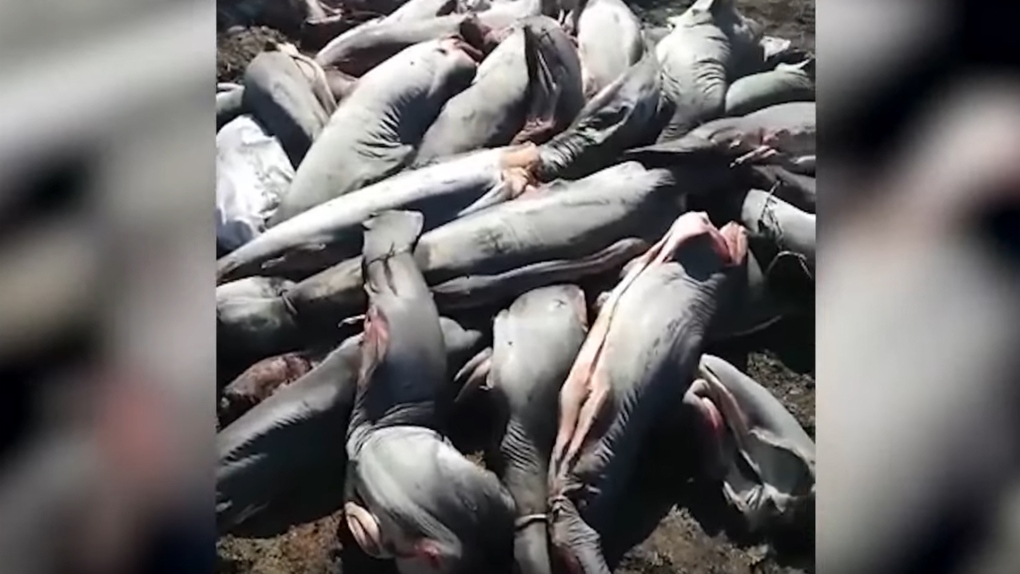 Shark corpses found dumped by the side of the road near the town of Yurecuaro, Mexico, Wednesday, Jan. 24, 2018. (YouTube / PROFEPA via Storyful)

MEXICO CITY - Residents in western Mexico were mystified when the carcasses of 300 sharks were found dumped by a roadside in their town, which lies about 240 kilometres from the sea.

The shark carcasses were gutted and had their fins removed. They were found in the township of Yurecuaro in Michoacan state, which has a problem with gangs and drug cartel violence.

The office for environmental protection said Wednesday the thresher sharks had apparently been legally fished in the northern states of Sonora and Sinaloa and were being taken by truck to Mexico City. But it said thieves intercepted the truck, stole it and dumped the frozen shark carcasses by the roadside.

Thresher sharks are not a protected species in Mexico.

WARNING: The footage in the video below may be disturbing to some viewers