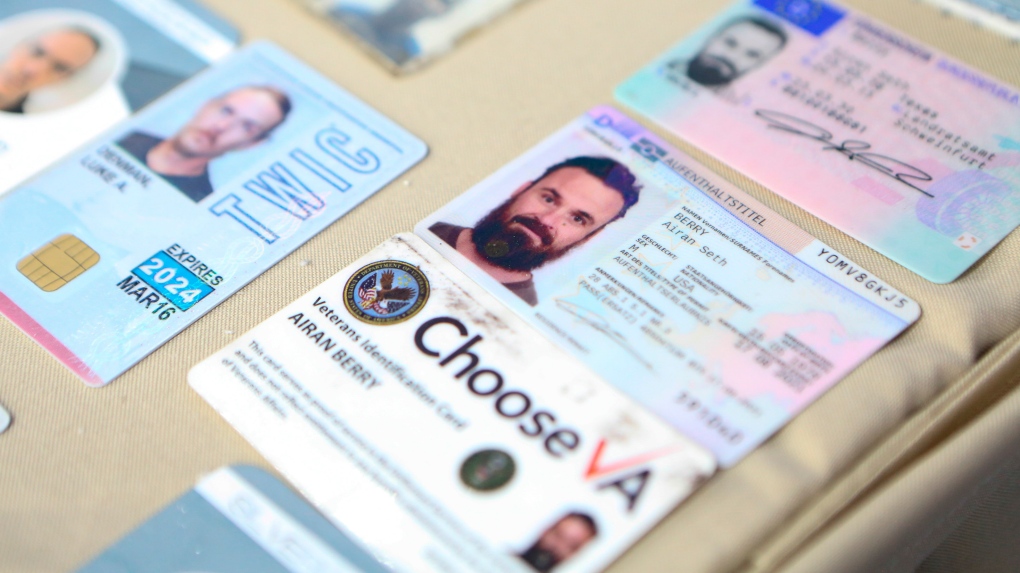 "I apologize to the Colombian government," one of the men, National Guard Maj. Juvenal Sequea, told a judge in Bogota on Friday as he and two other accepted lighter charges of providing advice and logistical support to illegal armed groups. "I accept responsibility for my actions but want people to understand that this is all the result of the consequences of what we Venezuelans are living through."

The so-called Operation Gideon -- or the Bay of Piglets, as the bloody fiasco came to be known -- ended in disaster, with six insurgents dead and two of Goudreau's former Special Forces buddies behind bars in Caracas. But the plot really never stood a chance of succeeding against Maduro's loyal and heavily armed military after having been thoroughly infiltrated months earlier.

Sequea and his co-defendant Capt. Juven Sequea are the older brothers of the confessed commander of the failed May 3 incursion, Capt. Antonio Sequea, who is jailed in the Venezuelan capital of Caracas. The third person pleading guilty, Rayder Russo, is a civilian who has long sought Maduro's armed overthrow.

As part of the plea bargain agreement -- which the judge is expected to ratify later this month -- the men have accepted a single charge that is punishable from 6 to 10 years in prison. But under Colombian law they can be released on parole or placed under house arrest if sentenced to lesser than 8 years, meaning the men could be freed in exchange for co-operation. Previously the men, who have been jailed since their arrest six months ago, had been charged with providing military training to illegal armed groups, a more serious offence punishable of up to 30 years in jail.

None of the men participated in the failed raid, having abandoned the secret camps in northern Colombia where the rebels were gathering, in some cases months before it was launched. Testimony from other Venezuelan deserters, one of whom was arrested transporting a weapon and a large number of cellular phones, nonetheless placed each of the men in leadership positions of the plot alongside Goudreau and the plot's ringleader, retired Venezuelan Army Gen. Cliver Alcala.

A fourth defendant in the Colombian investigation, Yacsy Alvarez, has repeatedly professed her innocence and accused Colombian authorities of being in constant contact with Alcala. But she faces an additional charge of arms trafficking for allegedly helping smuggle weapons to the volunteer army.

Alvarez served as Goudreau's translator during his visits to Colombia and the two opened an affiliate of his small Florida security firm Silvercorp, in mid-2019. It listed its address at an upscale hotel in Barranquilla, according to Colombian public records.

She also flew with Goudreau and the two other former Green Berets -- Luke Denman and Airan Berry -- to Barranquilla aboard a Cessna jet belonging to her boss, businessman Franklin Duran, who has a long history of deal-making with the Venezuelan government. At the time, Alvarez was living in the Caribbean coastal city and working as a director in a unit of Duran's auto lubricants company.

According to the plea agreement read by prosecutors in court, the Colombian investigation was prompted by the March 23, 2020 seizure of a cache of 26 assault rifles and tactical equipment it was later revealed were dispatched by Alvarez and destined for the rebels in the desert-like La Guajira peninsula that Colombia shares with Venezuela.

The man co-ordinating the clandestine effort, Alcala, took responsibility for the weapons hours before turning himself in on March 26 to face U.S. drug charges.

Alcala, who is now awaiting trial in New York, said the weapons belonged to the "Venezuelan people." He also lashed out against opposition leader Juan Guaido, accusing him of betraying a contract he had signed with "American advisers" to remove Maduro.

The U.S. has denied any direct role in the attempted raid just as Venezuela's opposition has taken distance from Goudreau, despite having previously signed with him an agreement to conduct a snatch and grab operation inside Venezuela.

Other than a US$50,000 payment for expenses Silvercorp was never paid. And Goudreau during the raid acknowledged going ahead with the invasion without Guaido's support even though he later sued one of Guaido's aides, Miami-based political analyst J.J. Rendon, for breach of contract.