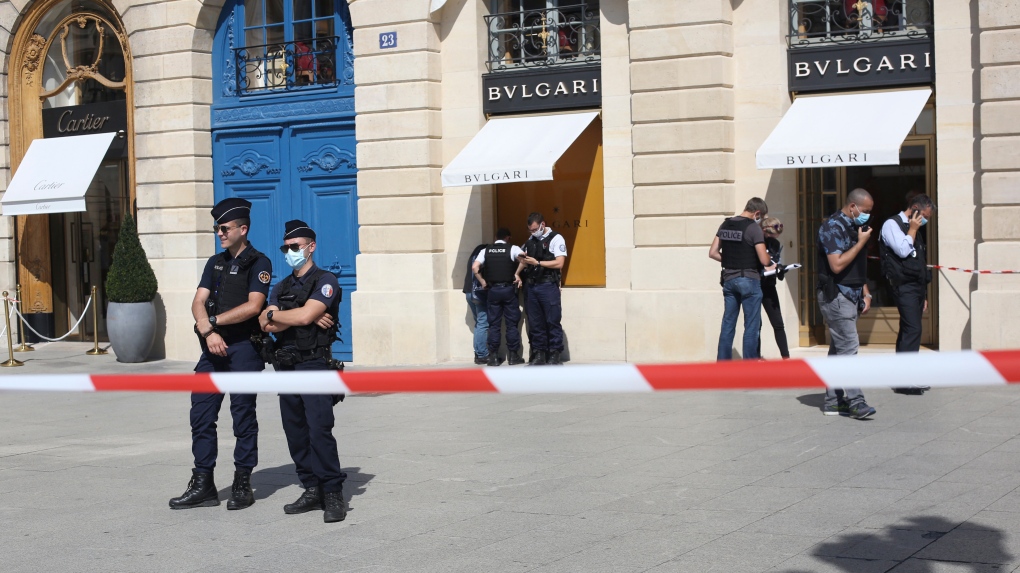 PARIS -- Police in Paris arrested two suspects after a Bulgari jewelry heist on Tuesday at the posh Place Vendome. One suspect was shot in the leg by a officer before being arrested.

The Place Vendome is one of Paris' -- and Europe's -- most expensive and luxurious shopping areas, a base for prestigious establishments such as the Ritz Hotel, Cartier, Rolex, Chanel jewelry, as well as the Ministry of Justice. In its centre sits the celebrated Column of Vendome.

Police told The Associated Press they were alerted to an armed robbery around noon. Officers gave chase to a car with three suspects inside after seizing two scooters believed to have also been used in the crime. The car was later found abandoned.

It's unclear what the robbers were able to take -- if anything -- from the designer jewelry shop. Police could not confirm French reports that millions in jewels were taken.

Police detained one suspect in the parking lot of the Les Halles shopping centre in central Paris. Police are still searching for a third suspect and an investigation has been launched into the armed robbery.