2 guards taken hostage by inmates at prison in Sweden 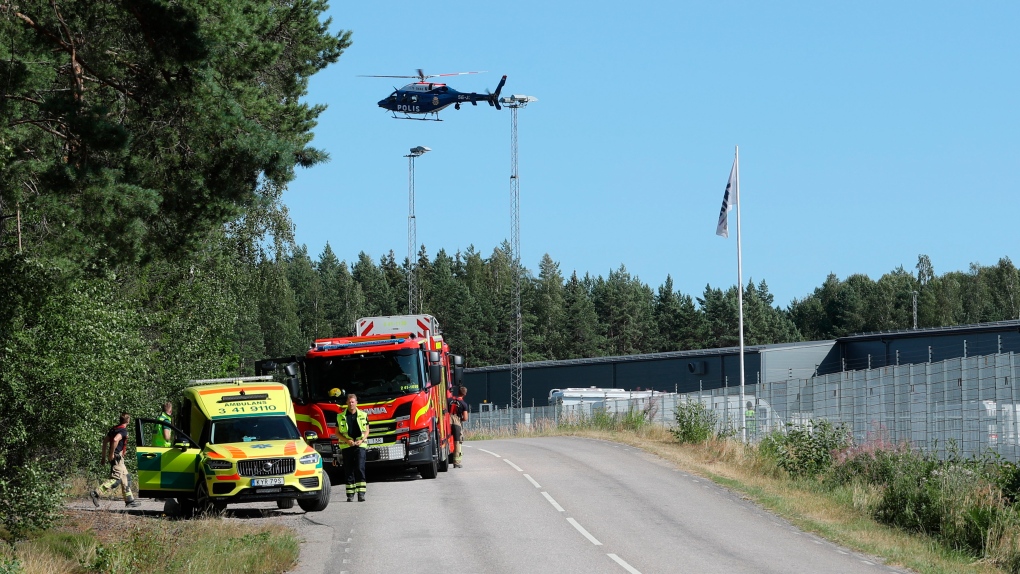 A large police operation with police, fire and rescue service and a police helicopter is underway outside Hallby Prison near Eskilstuna, Sweden, on Wednesday July 21, 2021. (Per Karlsson / TT via AP)

OSLO -- Two inmates took a pair of prison guards hostage Wednesday at a Swedish penitentiary and are barricaded inside in what the country's prison department called "a very dangerous situation."

The inmates abducted the prison officers after breaking into a guards' room soon after midday and covering up the surveillance cameras, the Swedish Prison and Probation Service said. Negotiators and police were at the prison "and the situation is frozen," acting security chief Jorgen From Nordin told Swedish news agency TT.

The prisoners are serving murder sentences, TT reported. Swedish media say they have demanded a helicopter to help them escape.

Swedish tabloid Aftonbladet said the men are 30 and 24 years old and allegedly were armed with razor blades when they broke into the guards' room.

The newspaper said they offered to release one of the hostages in exchange for having 20 kebab pizzas distributed to other inmates. Aftonbladet published photos of a local pizza parlour preparing and loading pizzas into a car and said they were for delivery to the prison.

The penitentiary is located is Eskilstuna, some 120 kilometres (75 miles) west of Sweden's the capital, Stockholm.