18 killed as Jordan flash flood sweeps away students on trip 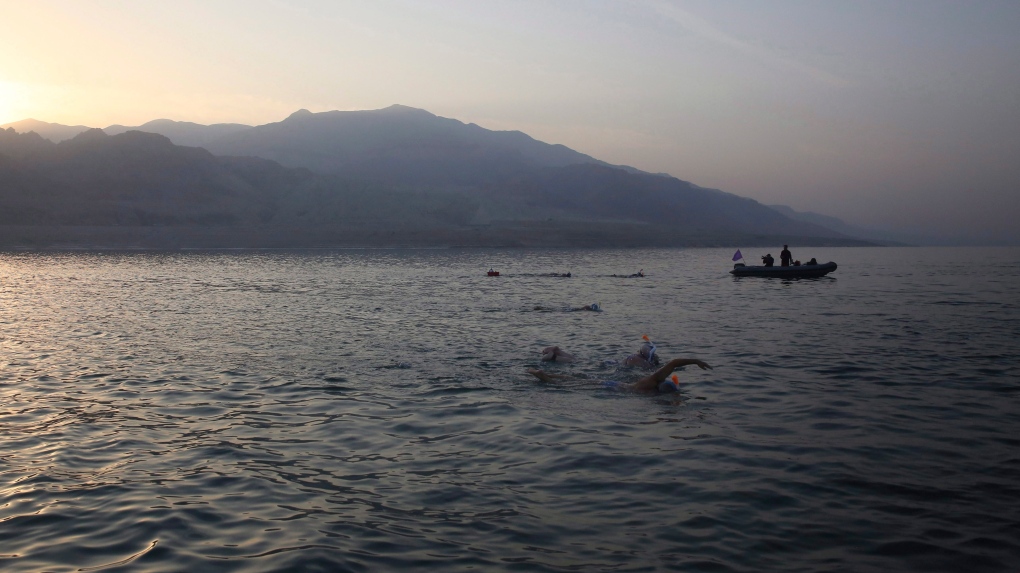 FILE -- People swim in the salty waters of the Dead Sea, from Jordan towards Israel, off the coast of Wadi Mujib, Jordan, Tuesday, Nov. 15, 2016. (AP Photo/Sam McNeil)

DEAD SEA, Jordan -- Flash floods unleashed by heavy rains swept away a group of middle school students and teachers visiting hot springs near the Dead Sea on Thursday, killing 18 and injuring 35 as the torrent carried some for several kilometres, a civil defence official said.

A dramatic rescue operation involving helicopters and divers continued into the night. Israel's military said it dispatched a search and rescue team at the request of Jordan's government.

Al-Sharaa said 37 middle school students, seven teachers and other visitors were at the hot springs near the Dead Sea on Thursday afternoon, some eating lunch, when they were taken by surprise by the flooding.

"It swept away the students for four to five kilometres," some as far as the Dead Sea, he said. The spokesman said the students were from a middle school.

The low-lying Dead Sea area, part of the Jordan Valley, is prone to flash flooding when rain water rushes down from adjacent hills. In April, 10 Israeli students were killed when they were surprised by a flash flood during a hiking trip near the Dead Sea.

In Jordan, Prime Minister Omar Razzaz rushed to the scene on Thursday afternoon and later visited the wounded in a local hospital.

As the death toll continued to rise Thursday, Jordan's King Abdullah II announced that he cancelled a visit to Bahrain, which had been scheduled for Friday.