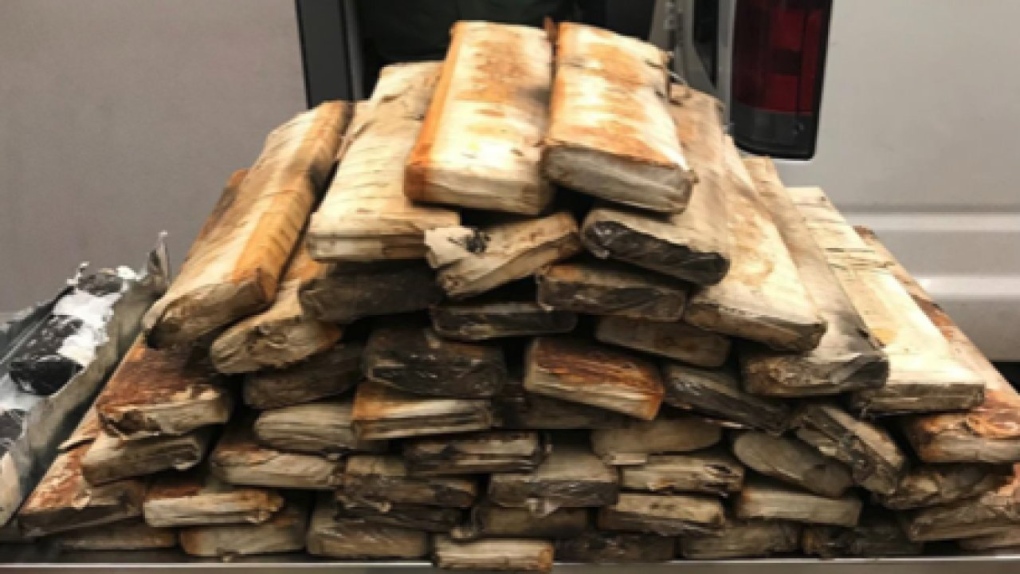 U.S. border agents say they found 268 pounds of 'opium paste' packaged in bricks inside the truck of a man who was trying to pass through the Sault Ste. Marie port on Dec. 7. (WXMI / CNN)

SAULT STE. MARIE, MICH. -- A man is accused of attempting to smuggle hundreds of pounds of unrefined opium into the U.S. through the Canadian border.

According to a criminal complaint filed Monday in  federal court, Abdolnasser Mahmoudikanesbi was questioned by agents with Homeland Security when he tried to pass through the Sault Ste. Marie port on Dec. 7.

Agents say that Mahmoudikanesbi was driving a rental moving truck with an Arizona license plate. When asked about his cargo, agents say he told them he was hauling towels.

An x-ray of the truck he was driving apparently showed agents "dark anomalies in the cargo area inconsistent with towels." Agents say they then searched the vehicle.

Inside the truck, agents say they found 120 kilograms of "opium paste" packaged in bricks.

According to the complaint, Mahmoudikanesbi was shown a photo of the bricks discovered in the truck and told agents that the picture was of opium, which he had used before when he lived in Iran.

Agents say they used an "isotype analyzer" to positively identify the substance found in the truck as opium.