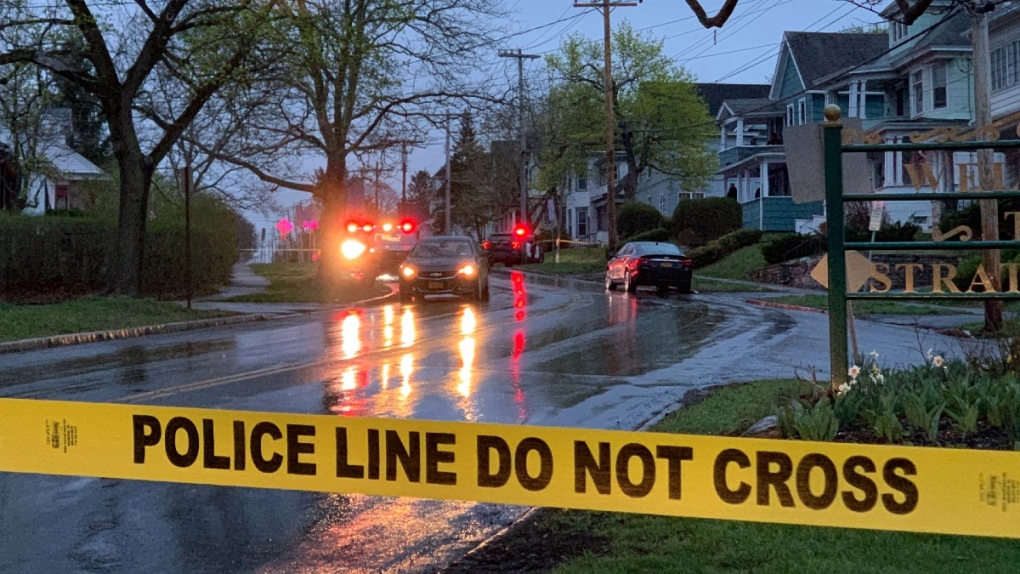 Police tape blocks off the scene an hour after a shooting on Grant Avenue in Syracuse, N.Y., on April 11, 2021. (Charlie Miller / The Post-Standard via AP)

An 11-month-old baby girl died and two other children were hospitalized after a shooting Sunday in Syracuse, New York, police said.

The children were shot while in the back of a vehicle around 6:51 p.m. Sunday, Investigative Bureau Chief Derek McGork said during a press conference Monday.

McGork said two women were driving when shots were fired into their vehicle from a passing car. The women drove away and stopped when they realized the children had been shot, he explained.

"They drove away as they were being shot at. After she realized the children were injured, she stopped and called 911," he said.

CNN affiliate WSTM identified the victim as Dior after speaking with the girl's mother, Desiree Seymore.

"She was just a baby," Seymore told the affiliate. "She was so strong. She didn't even cry when it happened, but we lost her."

Seymore said Dior would have turned one on April 29, WSTM reported.

The grieving mother said her baby was loving, playful, and full of life, according to WSTM.

The two children injured were identified as 3- and 8-year-old girls and are in stable condition, according to Syracuse Police Chief Kenton T. Buckner.

"These were babies in the back of this car," Buckner said. Police did not say if the two women were injured.

Buckner said he did not have information on whether the attack was targeted.

Syracuse Mayor Ben Walsh called this incident an "unimaginable tragedy" and asked that anyone with information reach out to investigators.