10 things that may surprise you about Meghan Markle 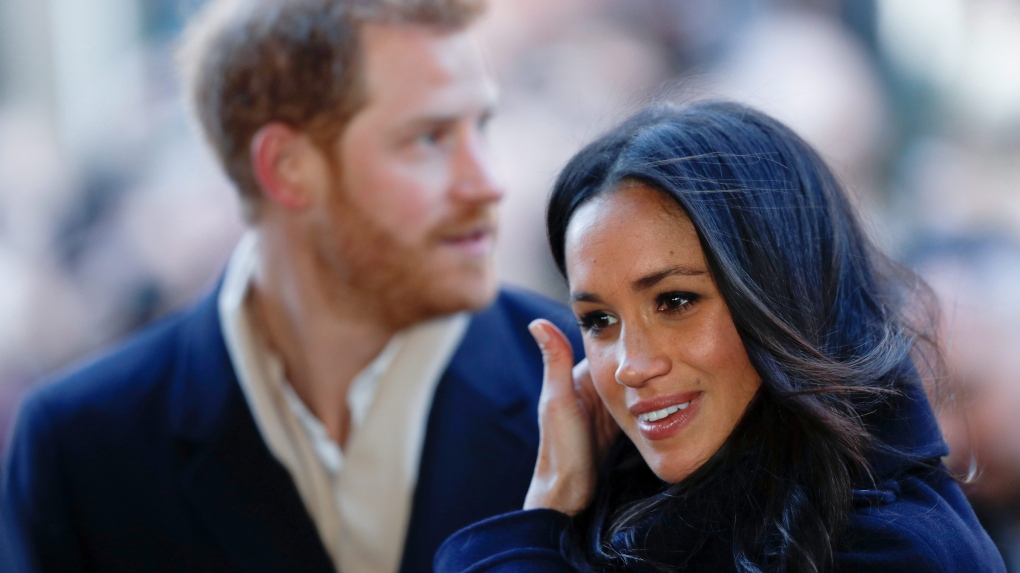 By now, most of the world has probably heard of Prince Harry’s soon-to-be bride Meghan Markle. She’s an American actor known for her role on the hit TV show “Suits” and for her humanitarian work.

Those who have been paying even closer attention to the whirlwind romance will also likely know that she’s from Los Angeles, she was once married, and she founded a lifestyle blog called “The Tig.”

Although her life has been put under the microscope now that she’s set to marry a prince, there still are a few fascinating details about Markle that may surprise you.

Here are 10 things you (probably) didn’t know about the future Royal:

1. She was a suitcase model on “Deal or No Deal” 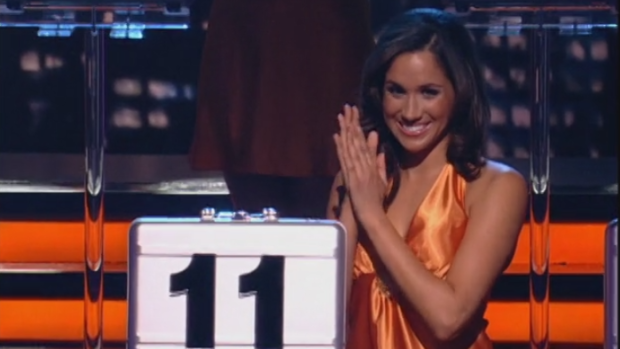 Before she delivered snappy comebacks as paralegal Rachel Zane on the popular U.S. series “Suits,” Markle was a struggling actor making ends meet with bit parts in various films and shows. One of her more interesting gigs was working for the game show “Deal or No Deal” as one of the models who hold the famous silver suitcases, which contestants must select to win money.

In an interview with Esquire magazine in 2013, Markle described her one season of working on the show as a “learning experience” in her career.

“It helped me to understand what I would rather be doing,” she said at the time.

2. Her penmanship is on point 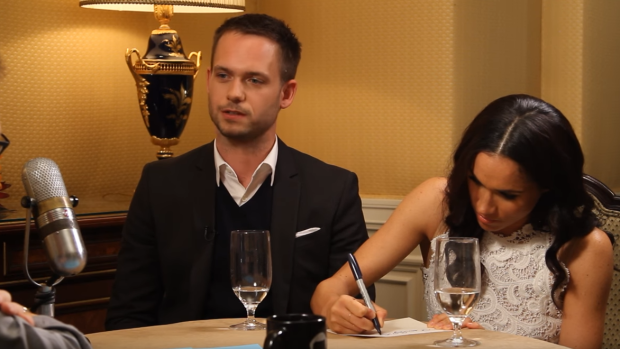 In between her many acting auditions, Markle put her years of handwriting class at an all-girls Catholic school to good use by moonlighting as a professional calligrapher. She has told numerous media about her freelance work writing wedding invitations, including those for Robin Thicke and Paula Patton’s wedding. She also penned holiday messages to celebrities on behalf of Dolce & Gabbana to make extra cash.

“I think handwritten notes are a lost art form,” she told Good Housekeeping in 2016. “The idea of someone taking the time to put pen to paper is really special."

Markle even impressed Larry King with a demonstration of her hidden talent on his show in 2013 when she wrote “I love Larry King” in curly handwriting on a piece of paper.

3. Markle interned at the U.S. Embassy in Argentina 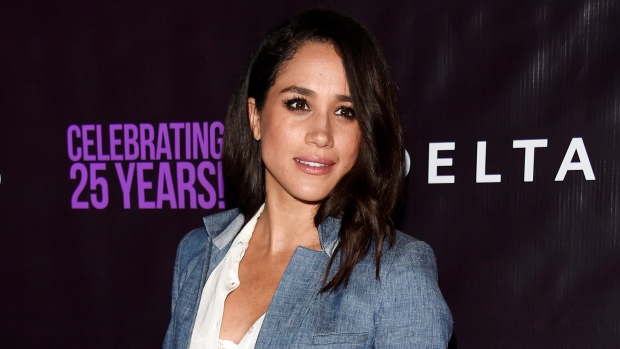 During her time at Northwestern University, Markle studied theatre and international relations. In an interview with Marie Claire in 2013, the actor said she applied for an internship at the U.S. Embassy and ended up working in Buenos Aires for a few months.

“I'm 20 years old, in Buenos Aires, in a motorcade, doing that whole thing. I thought for sure I would still have a career in politics,” she said at the time.

Instead, Markle pursued acting when she returned home to Los Angeles after the internship. She does have one thing to show from her time in Buenos Aires; however, she learned to speak Spanish during her stint in Argentina.

4. She challenged traditional gender roles at a young age 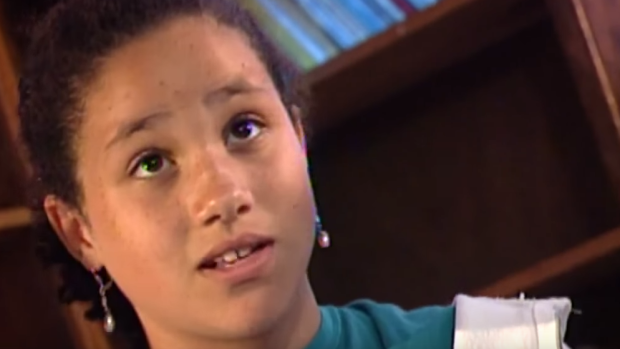 Before Markle was inspiring fashion trends and nose jobs, the Royal-to-be was tackling gender equality at the tender age of 11.

During a segment for the popular Nickelodeon show “Nick News,” young Markle was interviewed about her reaction to different commercials. She took issue with the ads for household cleaning and cooking products that were only marketed towards women. She even wrote a letter to Procter & Gamble and convinced them to change one of their commercials for dish soap.

If that wasn’t enough, the young Markle also wrote a letter about the sexism in marketing to then-first lady Hillary Clinton who responded with words of encouragement. 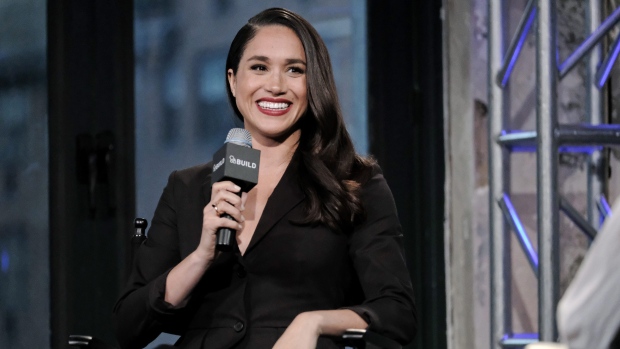 As well known as Markle is now, her real name is less so.

She actually uses her middle name as her first name. The actor’s real name is Rachel Meghan Markle.

Another fun fact? Markle shares the same first name as her beloved character Rachel Zane on the drama “Suits.”

6. Ellen told her to adopt her dog 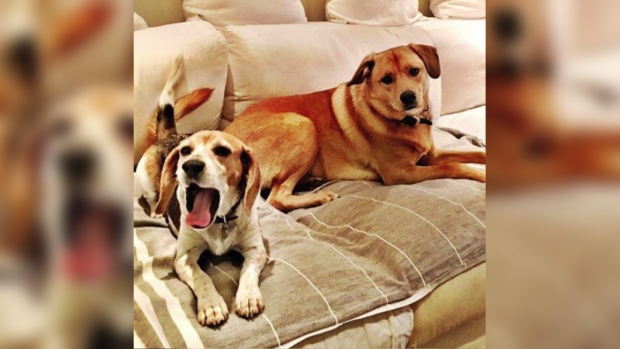 Markle’s love of dogs, particularly her two rescues Bogart and Guy, is well documented. She adopted her first dog, Bogart, a Lab/Shepherd mix at a rescue shelter back in December 2012 thanks to the involvement of talk show host Ellen DeGeneres.

In a 2016 interview with Reader’s Digest Best Health magazine, Markle revealed that DeGeneres pressured her to adopt Bogart after she ran into her at the shelter.

Although she didn’t remember the encounter herself, DeGeneres later joked about it during an episode of “The Ellen Show.”

“She does whatever I tell her to do,” DeGeneres said. “Meghan, if you’re watching, I have something else to tell you: invite me to that wedding.”

7. Markle grew up on the set of ‘Married with Children’ 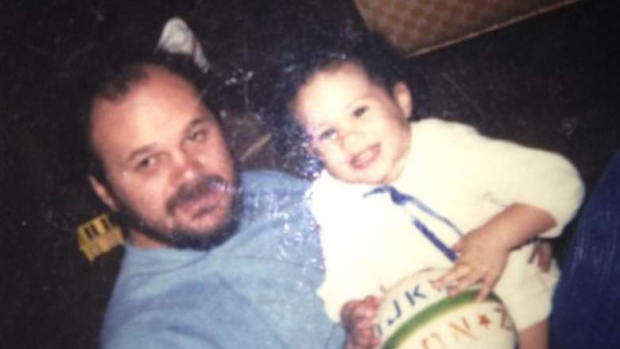 Markle was no stranger to Hollywood before her big break on the hit “Suits.” As a child growing up in Los Angeles, Markle used to spend hours after school visiting her father Thomas W. Markle on the set of the 1980s sitcom “Married with Children” where he worked as a lighting director.

Like his daughter, Thomas W. Markle had a successful career in television. He won two Emmy Awards for his work on the hit television show “General Hospital.”

8. There was a time she couldn’t afford to repair her car 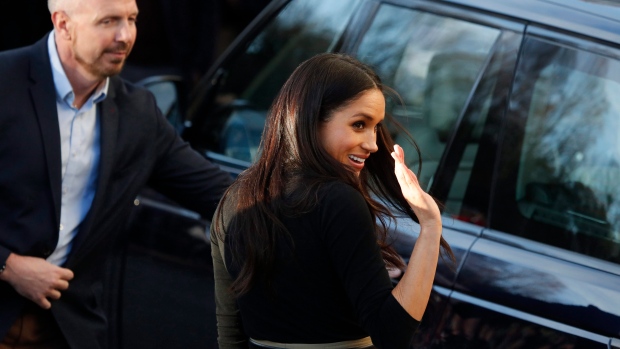 During an interview at the Create & Cultivate conference in October 2016, Markle discussed the early days of her career as a struggling actor looking for work. She told the audience that she used to own the “most beat up, hand-me-down, but awesome Ford Explorer Sport” that sounded like a “steam boat engine” when it started.

When the locking system failed one day, Markle said she couldn’t afford to fix the car so she came up with an inventive way to enter and exit her car.

“So what I would start to do is literally go to these auditions, park at the back of the parking lot and I would open my trunk… and crawl into the back of my car to the front seat to drive off to my next audition,” she said. “This, by the way, went on for five months.”

9. She was the most Googled actor (twice) 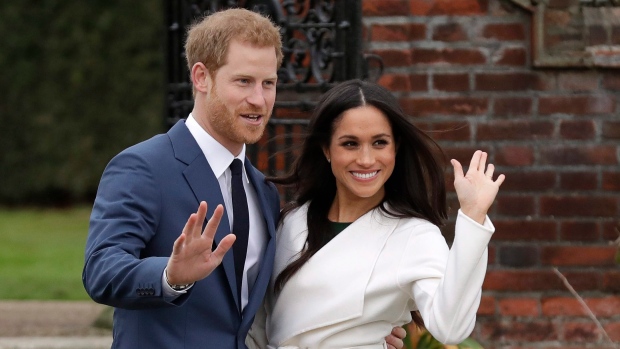 Markle has come a long way from moonlighting as a calligrapher and driving her old car from audition to audition to make ends meet. The future Royal was crowned the most Googled actor in 2017 for the second year in a row as interest in her relationship with Prince Harry intensified.

According to Google Trends, searches for Markle reached a peak around Nov. 27 when the couple publicly announced their engagement.

She was also ranked second for most Googled people in 2017, right behind Matt Lauer. 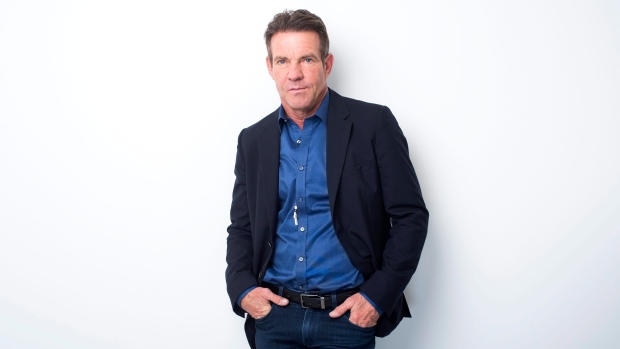 Long before she found her prince, Markle had eyes for another well-known leading man: Dennis Quaid.

In an interview with Reader’s Digest Best Health magazine in May 2016, Markle admitted that the 63-year-old movie star was her celebrity crush.

“You’re going to laugh at who my male celebrity crush is but I’ll never let it go. I love Dennis Quaid! It’s so random,” she said at the time.