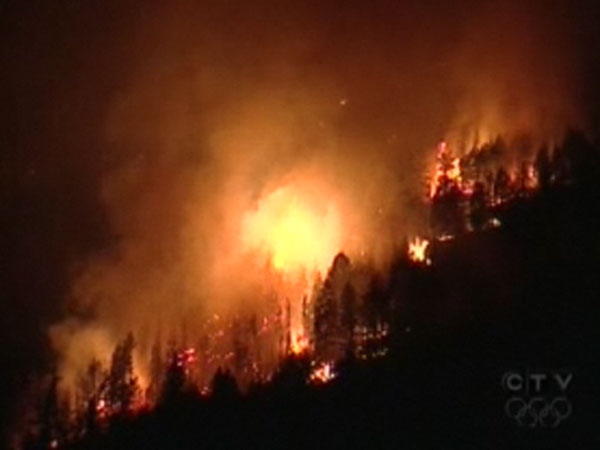 VANCOUVER - A wildfire in the British Columbia Interior spread quickly on Tuesday, sparking an evacuation order.

The Martin Mountain blaze, near Pritchard, grew to 20 square kilometres, forcing about 120 residents from their homes.

Ennis says fire crews spent much of Tuesday setting up guards and dropping buckets of retardent from the air.

Crews have the blaze about 40 per cent contained and are welcoming a dip in temperature that is forecast for the coming days, though lightning strikes remain a concern.