Want to donate to the Philippines relief effort? Here’s how to help

The Canadian government has set up the Philippines crisis fund to address the needs of affected populations in the Philippines, and will match individual donations to charities.

The government has pledged to match donations made by individual Canadians to registered Canadian charities responding to the crisis in the Pacific island country.

Canada will also provide up to $5 million in support to humanitarian organizations working in the Philippines.

“Our government is making sure that contributions can do more to ease the suffering of the people in need,” said Christian Paradis, Minister of International Development.

Aid is slowly making its way into the Philippines after Typhoon Haiyan devastated the country.

In Leyte province, up to 10,000 are feared dead and there are reports that the province’s main city lies in ruins.

Foreign Affairs Minister John Baird said relief efforts are complicated by the fact that the Philippines is made up of thousands of islands.

“This typhoon has devastated nine different regions,” Baird said. “I guess our real fear is that as the relief efforts get to more places, we’ll find more devastation and more needs.”

Canada deployed members of its Disaster Assistance Response Team (DART) to the Philippines to aid the emergency response.

A C-17 airplane transported dozens of troops along with equipment and other essential items.

“We want to do all we can as quickly as we can to meet all the needs,” Baird said.

He added that Ottawa is moving “probably faster than we’ve ever moved” to deploy DART to a country in need.

For more information on how to donate, visit the Department of Foreign Affairs, Trade and Development website, or consult the list of registered Canadian charities on the Canada Revenue Agency website. 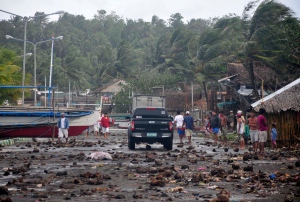 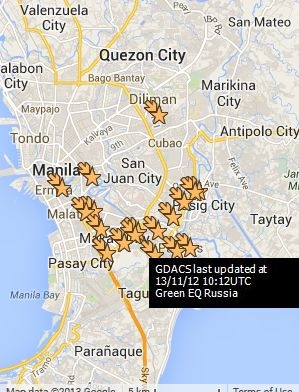