Remember how disorienting it was the first time you went into a liquor or beer store and purchased booze?

I remember struggling to seem cool and look as if I’d done it dozens of times before. I didn’t want to give myself away as a newbie, so I didn’t linger over all the choices.

I just chose what was familiar to me (in the days when you had to fill out your request with a stubby pencil on a slip of paper).

I wrote down the beer brand my dad drank and the scotch my mom did. After the ID glance and checkout, I emerged slightly euphoric about the first-time experience, and eager to try what I bought.

My first visit to a legal weed store felt a lot like that.

We had just completed one of our first interviews for our W5 investigation into Colorado’s first year of legal marijuana sales. On our way to our hotel in the foothills of the Rockies near Denver, I suggested we make a pit stop. I wanted to see for myself what happens inside almost 100 marijuana dispensaries in the city before we filmed in them the next day.

Our interview had been with Tripp Keber, the CEO of ‘Dixie Elixirs,’ and he showed us a range of edible marijuana products in his factory that frankly surprised me. 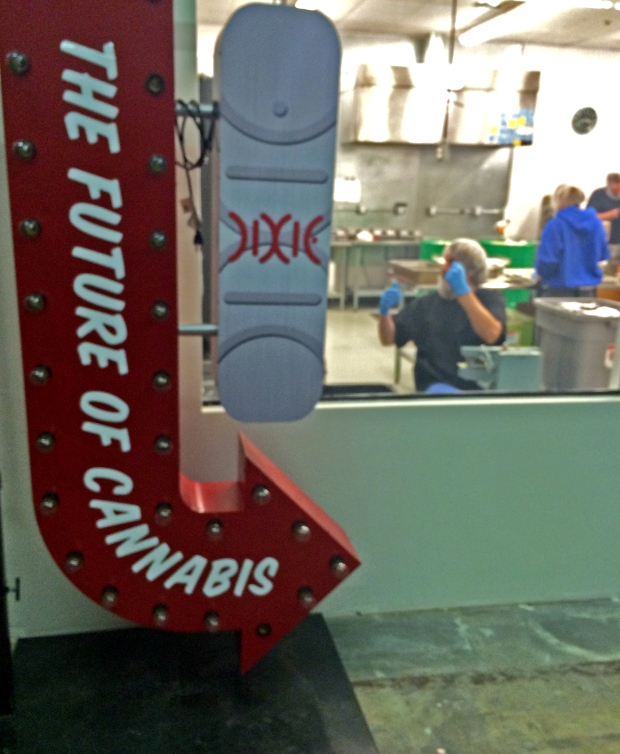 They were professionally manufactured, packaged and marketed, and ranged from drinks to chocolates to baked goods all infused with THC – the ingredient in marijuana that induces the high.

Our research suggested the biggest surprise a year after Colorado allowed municipalities to sell legal weed has been the market share edible products have captured. More than a third of every dollar earned from the sale of marijuana comes from weed people are eating or drinking, not smoking.

So I walked into the store curious about how someone chooses to buy edible products, and whether the safeguards the manufacturers have put in place are followed at the retail level. There was a security guard at the entrance who checked our identification - you have to be 21 years old to buy legal weed without a prescription.

Like most marijuana stores in Colorado, there is a separate area for people obtaining the product for medical reasons, and another one for the everyday over-the-counter buyer. I was directed to the latter, where a small lineup had formed. 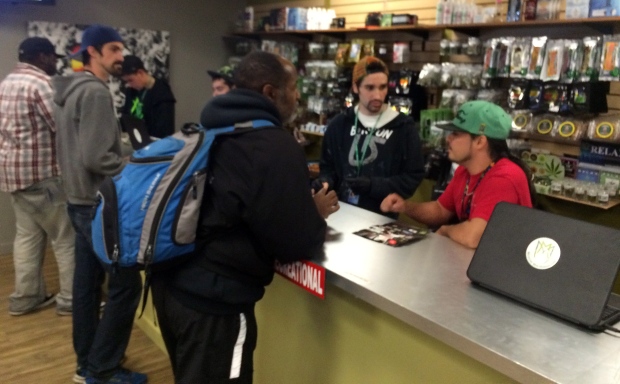 The waiting time was short, but it gave me the chance to check out the dozens of marijuana products locked away behind the glass-covered counter, or hanging on the wall behind the “budtenders.”

There were four of them, all looked barely 21, and they were there to answer questions and guide me through the sales experience.

I had decided to buy one of the cannabis-infused drinks we had seen earlier being made at the factory, so I and asked the budtender to explain what each of the THC strengths that were available meant.

He told me the lower the number on the label, the less high you get with a consistent portion. 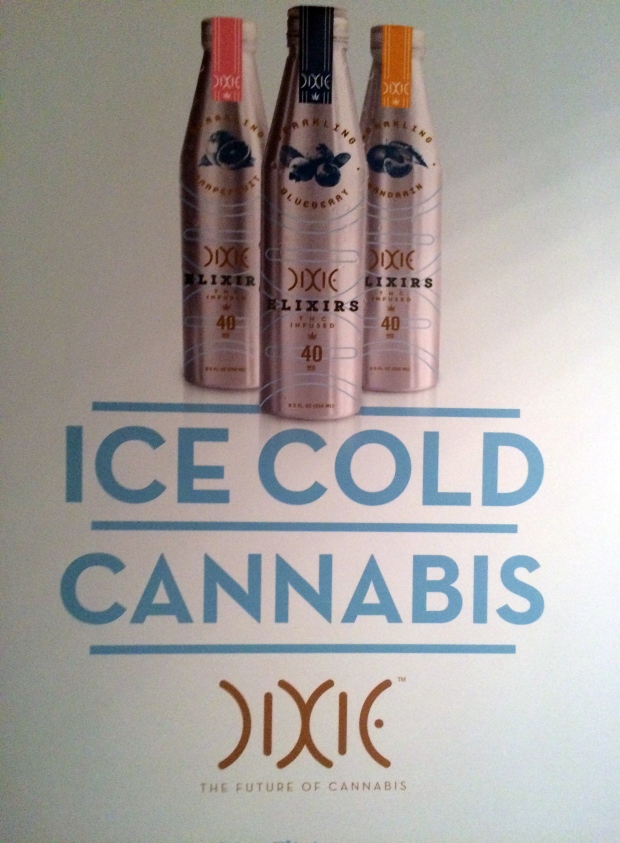 I saw that Dixie Elixirs’ “Ice Cold Cannabis” came in three strengths (I chose a mid-level and a strong one) and three fruit flavours (the pomegranate and grapefruit looked appealing) and then went through the paperwork of purchasing the two bottles.

The State tracks all sales, many taking notes on pads of paper, a process that felt a lot like the liquor sale of my youth.

I self-consciously asked the budtender how much I should consume at once, and he suggested no more than a third of the bottle at first to gage how altered it would make me.

He then cautioned me not to expect the buzz to hit immediately, that the drink would kick in after 15 or 20 minutes.

I had to ask the questions though; the information wasn’t volunteered to me.

I noticed, however, that an industry safety pamphlet was placed in the sealed bag with my two bottles that provided guidelines for the experience ahead.

One of the biggest problems we uncovered investigating the legalization of marijuana in Colorado has been the lack of education around consuming edibles, and the initially-confusing labeling of the products by some manufacturers.

People without a frame of reference were drinking whole bottles all at once, treating them like soda pop instead of like liquor. Or they were eating whole THC-infused chocolate bars instead of a square or two and tripping severely and ‘greening out’.

Having purchased two 250 ml bottles, I was left with the choice of what to do with them. Like many first-time edible product buyers in Colorado and the tourists who visit there, I was curious. So, in full disclosure, I cautiously drank one, reasoning some kind of insight might develop from the (legal) experience.

I was left with a much better understanding of how dangerous these products could be in the hands of young children who might confuse them in a refrigerator for regular juice or chocolate. Some of the other manufacturers in the state are selling marijuana-infused candies and chewables a child easily could mistake for the non-THC variety because they look identical. They’re intended for adult use, but you can be sure teenagers are trying to get a hold of them too.

Aside from the strict practice of checking IDs, the price point for edibles may be a deterrent. Those two small bottles of “Ice Cold Cannabis” cost almost US$40, including taxes.

I’d be more likely to spend the same money on two bottles of wine to take a smaller edge off my day.

Later that night I went down to the hotel bar for dinner, where there were three young businessmen beside me talking about their own experiences ingesting weed. They were checking each other’s pupils, sharing stories of the experience loudly.

The waiter came by and joined in. In a state where it’s perfectly legal to do so, it felt strange to me to hear weed use openly discussed - it’s still whispered where I come from.

As you’ll see in our W5 report there is no current evidence that legalization in Colorado has led to significantly more marijuana use. But it has certainly brought it out of the shadows and commercialized marijuana in unexpected ways.