There is an old understanding that taxpayers have the right to structure their tax affairs so as to pay the least amount of money possible.

It’s right there in the Taxpayer Bill of Rights. Taxpayers can expect to receive benefits…credits… refunds and to pay no more than “required under the law.”

Many Canadians seek advice from tax experts to make sure they only pay what they owe. But what happens if you pay thousands of dollars and then get bad advice?

For the 2009 tax year, nearly 1,800 Canadians were sold a program by a company called Fiscal Arbitrators run by Larry Watts. They were told that their taxes could be structured so that they could claim huge business losses and they were promised big refunds.

Their taxes were prepared and they signed on the dotted line. It seemed like a good deal.

Glenda Gurtina is a technical coordinator in Surrey, B.C. She paid her financial advisor $5,000 and they recommended the Fiscal Arbitrators program.

Gurtina recalled being told taxpayers used the program the year before and got refunds. “Larry Watts and company know the process. They’re the ones providing the services.” she said.

But Gurtina never saw that promised hefty refund. Instead, she got a letter from the Canada Revenue Agency asking for proof she had a business. She asked for help and was instructed to let Larry Watts draft the answer to the CRA.

That response letter, which Gurtina later sent to the CRA, was, in tax lawyer Duane Milot’s words, “simply nonsensical.” It was peppered with curious Latin phrases and bizarre references to old tax legislation. 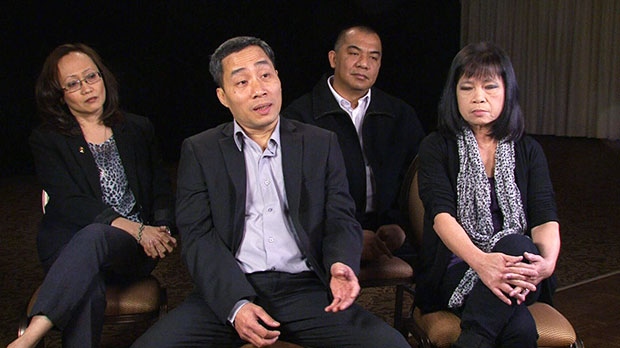 Milot represents about 50 former clients of Fiscal Arbitrators. “A lot of taxpayers questioned the language but they were told, we’re the experts, this is what you should send,” he said.

What Gurtina didn’t know was that while she was using the services of Fiscal Arbitrators and Larry Watts, the Canada Revenue Agency had launched a criminal investigation into his tax business scheme.

An Application for a Search Warrant obtained by W5 reveals the investigation was definitely underway by Dec. 15, 2009.

The CRA`s Taxpayer Bill of Rights promises “You have the right to expect us (CRA) to warn you about questionable tax schemes in a timely manner.” But there was no warning from the CRA before the 2009 filing deadline of April 30, 2010 – months after the CRA investigation began.

Gurtina said she tried to check out Fiscal Arbitrators on the web. “There’s no alert from CRA, nothing to identify…that this is not a legit program.”

Susan Betts, is Director General at the CRA. She told W5 that “as soon as we knew that there was a scheme in place we put out the tax alert.”

Asked about the 2009 investigation, Betts said “I am not aware of the timeline on the investigation so I can’t really comment.”

Larry Watts was eventually charged in November 2012. By then, Gurtina and hundreds of other clients were facing gross negligence penalties for signing false tax claims. The CRA ruled the taxpayers were willfully blind.

“The CRA has tremendous power, they have the discretion to waive all or part of these penalties” said Milot her lawyer.

But Betts told W5 the CRA has no discretion. “The law states that the gross negligence penalty is fifty percent of the tax evaded.” 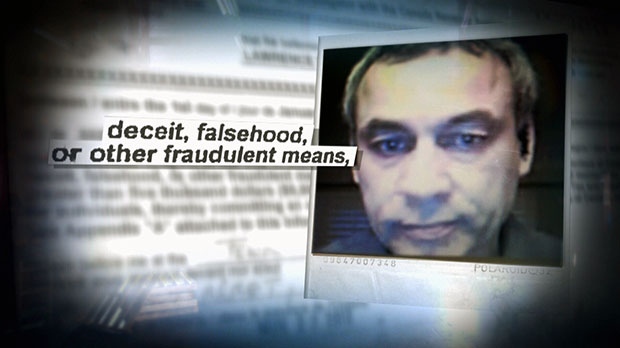 That much is true but the Income Tax Act clearly states there is discretion in waiving penalties after they are applied, “The Minister may waive or cancel all or any portion of any penalty or interest otherwise payable.”

Betts also insisted each case involving this business tax scheme was evaluated on its own merits. “An individual decision was made on whether or not to apply gross negligence penalties,” Betts told W5.

However, W5 obtained CRA Penalty Recommendation Reports on some of these cases. They state: “A decision has been made by the Canada Revenue Agency to assess penalties on all these cases under subsection 163(2) of the Income Tax Act.”

Milot has reviewed a number of these Reports related to the Fiscal Arbitrators scheme. “The Canada Revenue Agency decided that every single person that participated in this scheme was grossly negligent. This decision to assess penalties across the board is unheard of, it’s unprecedented,” he said in an interview with W5.

The Tax Court of Canada has already heard a number of cases involving Fiscal Arbitrators. A recent ruling in 2013 upheld the gross negligence penalties although the judge wrote, “I am concerned about the devastating effect the magnitude of the penalties will have” (on the taxpayers).

Despite that ruling, Gurtina is hoping her own case before the Tax Court will reduce the gross negligence penalties applied by the Canada Revenue Agency. “They need to focus to stop Larry Watts and not punish the taxpayers.”