W5: Seeking the origins of the Maple Leaf flag, finding the soul of our nation

This flag story unfolds at a flea market in the little town of Baysville, Ont., just beside the dam where the Muskoka River begins.

The annual Baysville Summer Fair was underway, and one of the antique stores had a flag poking out from a bucket that caught my eye.

It was a little weathered, about one foot by a foot and a half. It had a Union Jack in the corner and a crest against an orange-red background. It looked like the flag of Ontario, but the crest was more elaborate. I remembered it from my early days at school, flying in the corner of my classroom, and picked it up. I hadn’t seen a Red Ensign in years.

It was fifty years ago this year we decided to ditch it. A flag that had served us well, on and off, for almost 100 years. A flag we ultimately outgrew.

But I felt a little nostalgic about it, so I bought it for five dollars and brought it back to my cottage to show my kids the only other flag that has represented Canada through our history.

It was news to them. They assumed the Maple Leaf had been our flag forever, and had never heard of the Red Ensign. In their generation, they’re not alone.

I have vague memories of the day the red and white Maple Leaf arrived in my Grade 3 classroom. It had no history tied to it then. It was a modern simple flag and a bit of a lightweight.

The process of choosing it had come down to hardnosed political horse trading in a secret room on Parliament Hill.

Documents locked in the National Archives for decades have now been unsealed and provide some important new perspective on how that maple leaf design was chosen, revelations we’ll explore during our W5 report.

We also combed documents and archives from the two central figures in Canada’s Great Flag Debate - Liberal Prime Minister Lester B. Pearson and PC Leader John Diefenbaker - and we obtained drawings of some of the flag designs Canadians themselves submitted to the committee that ultimately made the choice.

As you can see from the gallery on our site, some of them were plausible flags, some of them ugly, and a few were truly bizarre. But thousands of Canadians submitted them, and one of the editors of our documentary, Michael Morningstar, remembers a time when people drove their cars in his neighbourhood with their preferred flag choice attached to the radio antennae or plastered to their doors.

It was quite a thing in 1964, choosing a brand new flag for our country, and those of us alive at the time will never forget it.

It seems, though, many others in our country have forgotten. The choice of the Maple Leaf flag is one of the most profoundly Canadian stories of our almost 150 years as a country, and yet there are apparently no official celebrations planned, which seems strange when you think about how much the Maple Leaf has come to mean to all of us.

Fifty years has stitched a lot of shared experience into that piece of cloth, given our still relatively new flag’s special meaning. We’ve turned into a nation of flag wavers and yet on its anniversary we seem to be ignoring all it took to create the Maple Leaf.

When I picked up that Red Ensign a few years ago it wasn’t only to remember the flag of my youth. It was also a reason to explain to future generations that the Maple Leaf wasn’t always what it is today: our most successful expression of nationhood, a symbol of all we’ve shared and built. The Maple Leaf has earned a birthday salute. We’ll give it one this weekend. 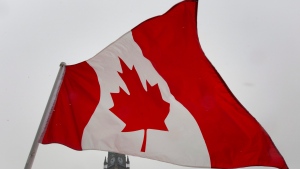