The distance, costs and health problems make a journey to the red planet incredibly risky

TORONTO -- Former astronaut Scott Kelly has made four trips to the International Space Station and spent a record amount of time in space.

Yet, what did he tell me he most scared of doing? The Edgewalk at the CN Tower in Toronto. This, despite Scott taking on a challenge no other NASA astronaut has ever done. And it could’ve killed him.

Orbiting more than 370 kilometres above Earth in the International Space Station is a tough, alien environment for a human body. There’s no gravity to pull fluids out of the brain as there is at home, radiation exposure is far above what we already know can cause cancer and although astronauts work out a couple of hours a day, bones and muscles still quickly lose mass.

After more than 50 years of human space travel, those are the health problems we do know. And those trips have mostly been six months at the most. The next giant leap in space aims to get humans much farther into deep space: Mars.

Just getting to the red planet would take six months. A full expedition would likely take two to three years. The United States has announced it wants humans to fly by and eventually land on Mars in the 2030s. Considering we don’t really know the health effects of travelling in space for more than six months, is it realistic? 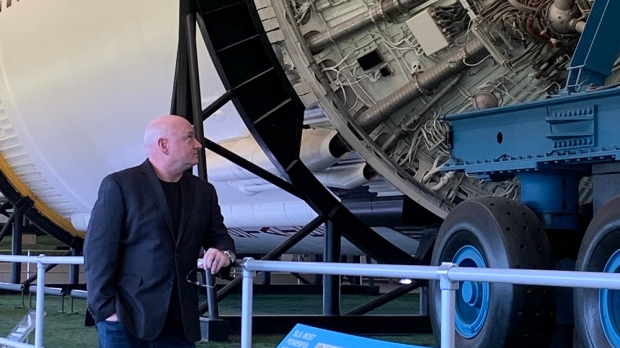 Scott was part of the first study to compare the health of two identical twins -- one in space and one on Earth. While Scott spent a record one year on the International Space Station, his identical twin Mark Kelly, stayed back home. During Scott’s entire mission, 10 teams of scientists monitored both twins’ health. Samples of the brothers’ blood, urine and stool were sent to researchers before, during and after the expedition. This provided information about everything from the stability of their DNA to gut health.

While Scott was in space, some of those samples were preserved for when he returned, others were sent back home on a rocket.

When Scott’s record one year mission was over and he finally returned to Earth, his skin broke out in rashes, he couldn’t see properly and felt exhausted all the time. And those were the least of his health issues. His immune system was on high alert both in space and when he returned, his body reacting as though it was being attacked.

But what could be seen as a positive change, Scott’s genes altered in a way that’s seen in much younger people. Although they did return to normal after some time back on Earth.

Taking it all in stride, Scott jokes, “I returned younger, and more handsome, than my brother.”

And despite the health issues he faced in orbit and the risks of a long journey, when asked if he’d make the trip to Mars, Scott didn’t hesitate.

“Yes, yeah, I would go to Mars” he replied, immediately. “I think we need to go to Mars for a lot of reasons. I think it’s what keeps us alive as a species is that we’re always trying to expand our knowledge and expand our horizons.”