Setting up a hidden camera? Read this first 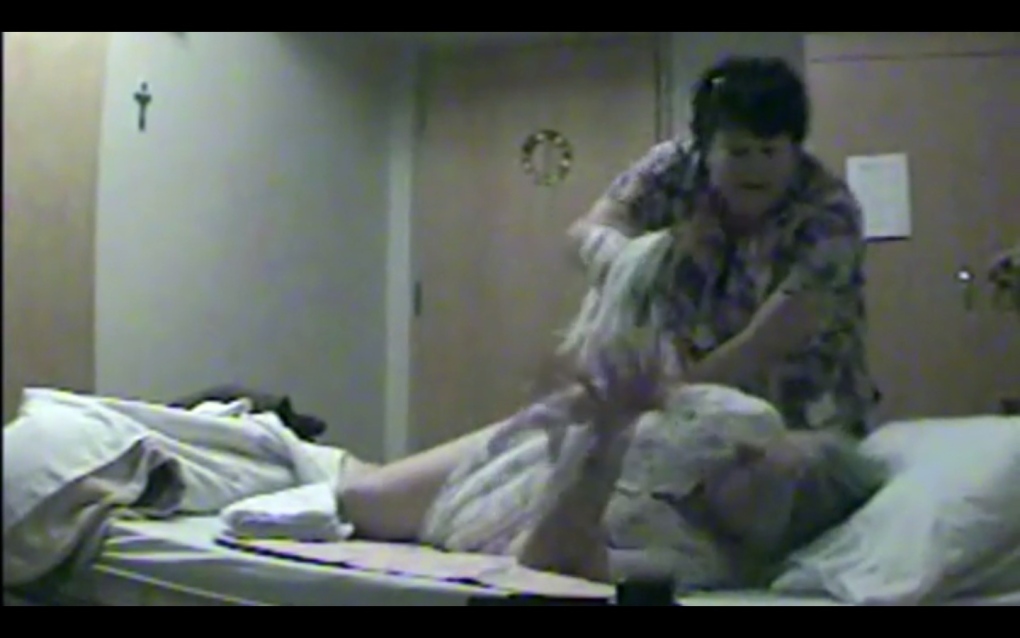 Faced with fears and suspicions similar to those of the families in our W5 investigation, some people have set up so-called “granny cams” to see what is happening inside nursing homes when they are not there.

But should the camera’s audio functions be turned on or off?

Groups like Toronto-based Advocacy Centre for the Elderly have recommended keeping audio off, since it is an offence under the Criminal Code to record a private conversation without the consent of at least one party.

As well, the audio could potentially record conversations that are unrelated to a nursing home resident’s care. For example, a discussion between a resident’s roommate and visitors, or two staff members’ private conversation.

The opponents’ logic is “better safe than sorry.”

There are those, however, who counsel to keep the audio enabled.

In an interview with W5’s Sandie Rinaldo, elder abuse expert Lynn McDonald of the University of Toronto’s Institute for Life Course and Aging recommends keeping the audio on.

“If you have sound, you can even have a better understanding of what the staff is doing with the older person or the nature of the interaction. And people like myself, who are all for these cameras, we know from research already with police, that if you have a camera people are less likely to do dangerous things. So yes, I think we should have sound.”

When Camille Parent set up a hidden camera in his mother’s room at St. Joseph’s at Fleming in 2013, he purposefully disabled the audio function lest he break the law.

But police investigating the incident between his mother and a Personal Support Worker (PSW) conceded that if the audio function had been enabled, then they might have had a clearer understanding of what exactly had transpired.

When it comes to establishing intent, the audio function could have helped determine whether or not malice was involved.

The police did not lay charges against the PSW because they felt the intent to harm Camille’s mother, Hellen MacDonald, was not there.

W5 asked Peterborough Police Insp. Larry Charmley the hypothetical question: What would that PSW have had to do in order for charges to be laid?

“If she was calling her names and yelling at her and doing things to show that she ought to have known that what she was doing was very wrong and that she was actually quite upset with her,” Charmley told W5’s Sandie Rinaldo.

The family chose not to have the audio because they thought they’d be breaking the law if they recorded the voice.

Charmley explained the family was right not to have enabled audio and that the police are “in the same boat with the interception of private communication.”

“We need court orders to actually get that. For the most part, if you’re doing something that you’re not lawfully entitled to do, that doesn’t get accepted as evidence in court.”

When audio was used

Not so in a court case reviewed by W5. Hidden camera video footage with audio was admitted as evidence in R. v. Sandra Wilson, when a PSW pled guilty to assaulting a resident at the Grey Gables long-term care facility in Markdale, Ont. in 2013.

The video showed the PSW “physically covering the victim’s mouth with her hand and in other videos verbally abused the victim,” according to court documents.

Ontario’s Ministry of the Attorney General confirmed to W5 that the video entered as evidence did, indeed, include audio.

So what is a concerned family supposed to do? Turn off their hidden camera’s audio or leave it on?

That’s still an ongoing debate. And with each individual case, it’s up to the courts to decide if prevention of abuse trumps privacy.