Blair Dixon looks frail: a tall, thin, slightly stooped 86-year-old, his fingers gnarled by rheumatoid arthritis. But when he speaks, even with a quiver in his voice, you hear the overwhelming pride he feels for his dad, George Dixon, and his contribution to Canada’s war effort.

In an interview with CTV’s W5, Blair recalled when his father marched down the street in Saint John, N.B. on Remembrance Day in 1941. “He marched with pride .. proud to be a Canadian,” and having served his country. 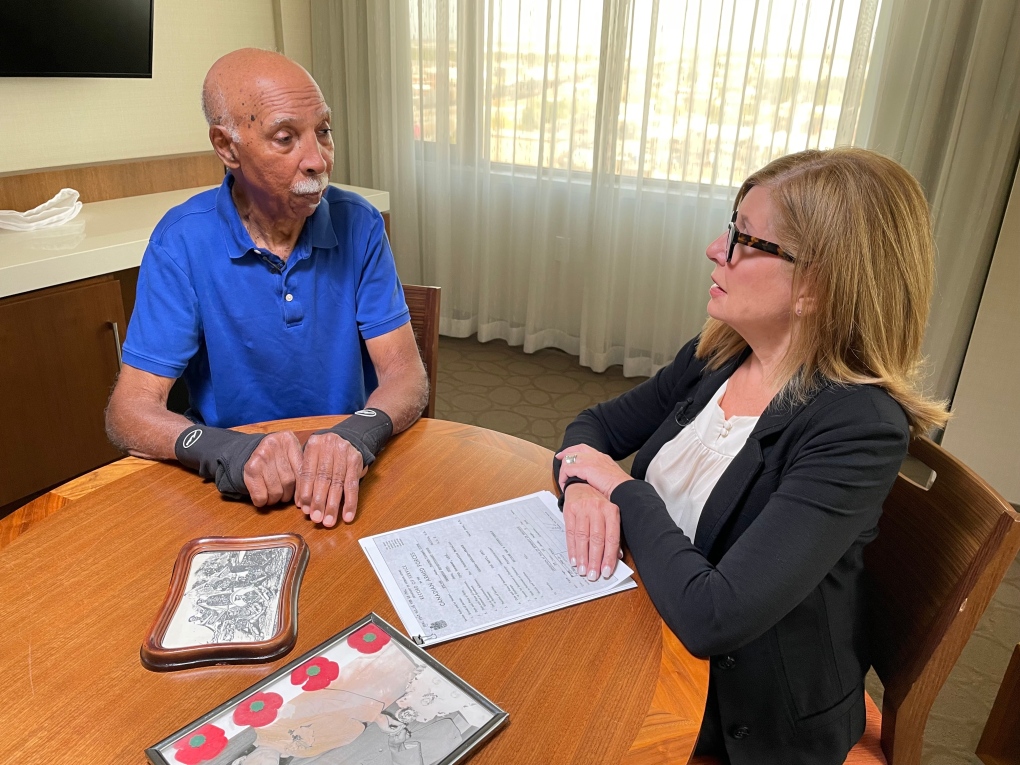 In an interview with CTV’s W5, Blair Dixon recalled when his father, George Dixon, marched down the street in Saint John, N.B. on Remembrance Day in 1941. “He marched with pride .. proud to be a Canadian,” and having served his country.

But life wasn’t always kind to the Dixon family. Blair’s grandparents were the descendants of slaves who fled Louisiana for Nova Scotia in the late nineteenth century, to escape racism and hatred, only to experience prejudice in Canada.

George was raised in what was then called Africville, outside Halifax. The segregated community has since been demolished.

At age 21, in 1916, at the height of the First World War, George tried to enlist in the Canadian Armed Forces. While there was no official policy discriminating against Black men, many were simply turned away.

As war raged in Europe, and Canadian soldiers died, the military was desperate for more boots on the ground. Lobbying by mainly Black social activists led to the creation of the Number 2 Construction Battalion, or the Black Battalion, and some 600 men were shipped overseas.

Even with a regiment of their own, the soldiers encountered racism, as labourers engaged in back breaking construction work, in support of their white counterparts, who in turn abused them, denied them services and medical treatment. 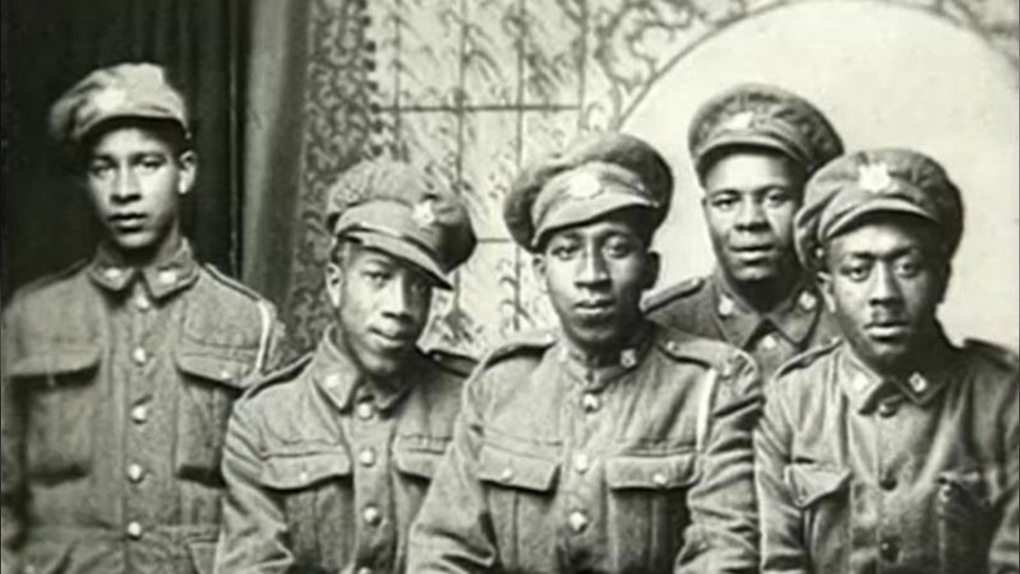 Members of the all-Black No. 2 Construction Battalion are shown in this historic photo. (Submitted by the Black Cultural Centre of Nova Scotia)

Blair says his father never spoke of the bad times. “He didn't say anything..It's hard to believe…but It's literally nothing.”

For George Dixon, it came down to service, something he instilled in Blair, who after growing up poor in Saint John, as one of 11 children, went on to spend 15 years in Canada’s military, along with five of his brothers.

Blair also experienced hate in the military, but says he was able to walk the other side of it because, as his father taught him, “Be proud to be Canadian and be proud of who you are; Black and healthy. “

The Black Battalion is one of Canada’s best kept military secrets, the contribution of the regiment largely unknown and unmarked by history.

In July 2022, after pressure from the Black community, the Canadian government apologized for the wrong Black soldiers experienced in the military, in the early 1900s.

“For the blatant anti-Black hate and systemic racism that denied these men dignity in life and in death, we are sorry, “ Prime Minister Justin Trudeau said at a sombre ceremony in Truro, N.S.

While Blair Dixon says he can’t speak for his father, he doesn’t think George would understand or appreciate the apology, because, “My father had a tough life…It was tough when I was young. But I grew out of that. Papa didn't have a chance to grow out of that.”

Blair does get emotional when he recalls his father shining his shoes and laying his uniform on the bed, getting ready to march with other soldiers in Remembrance Day parades in Canada.

He hopes his dad’s story will inspire Canadians to think of the men of the Number 2 Construction Battalion on this November 11, as Canadians mark Remembrance Day; a time also to hold the government accountable to a promise to purge hatred and discrimination from today’s military and make true to the phrase, etched on the gravestones of those who served.