Rebel with a song: An exclusive with Chinese-Canadian pop star Wanting Qu

Vancouver pop singer-songwriter Wanting Qu is a celebrity most Canadians have scarcely heard of, and yet she is one of the most famous artists in the world.

Wanting is a huge star in Asia, with more than 700 million fans. She has two albums, which went platinum, and deep roots in Canada.

From Harbin, China, she moved to Vancouver – all by herself – to study English and business. However, she ended up finding success in music.

The style can best be described as Western-pop Chinese style, sung in English and in Mandarin Chinese.

“If people ask me like, ‘Do you think you’re Canadian or Chinese?’ I’ll say I’m half-half,” said Wanting in an interview with CTV’s Beijing Bureau Chief Janis Mackey Frayer. 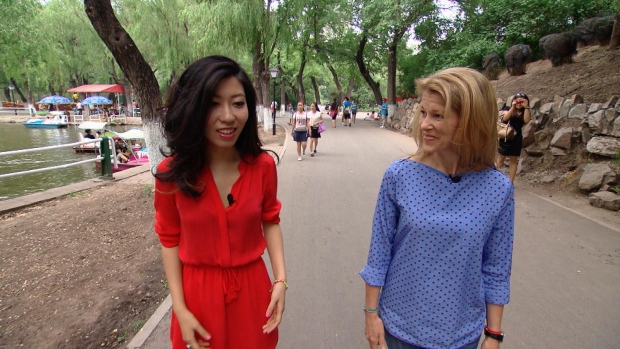 W5’s cameras were given exclusive access to the pop star during a 25-city tour of China to promote her second album Say the Words, and back home in British Columbia.

Lyrics from her song “Shut the Hell Up” reveal struggle, loneliness and rebellion. It’s Wanting’s take on her life’s story and how she’s doing it her way.

“Some people they don’t just have anything good to say about anyone.

I don’t wanna listen any more.

Why you still here bringing me down?”

Wanting was born in Harbin, in north-eastern China. The city is famous for its annual ice sculpture festival.

Winters there can get as cold as Winnipeg’s. She grew up learning how to skate and enjoying the four seasons. It’s the place that shaped her, made her who she is.

Wanting’s mother, who is a powerful and well-connected politician, had her daughter’s life planned out: learn English in Canada, get a business degree, then a masters in business and move back home. 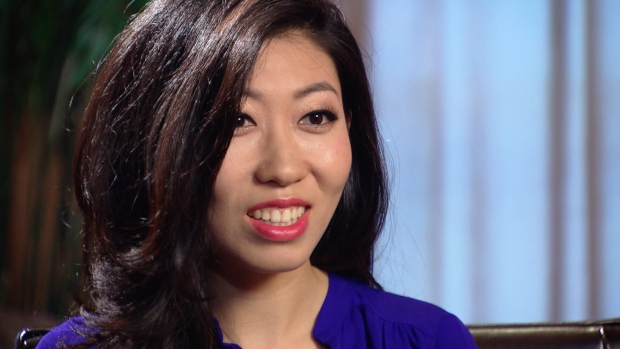 The young Qu had plans of her own. As she puts it: “I was 16 years old and very rebellious”.

“I was definitely alone you know,” she said. “Like, I went there without my family. You’re like a newborn again. You speak the language, (but there’s) the new style of food, new way of thinking. Humour is different, grocery store – everything is different. It was totally hard. I was so alone.”

"Life is a struggle, I’m not the only one.

Life is a tangle, I’m not the only one.

Everyone grows up and I’m not the only one.

So why the hell am I still feeling so alone?" 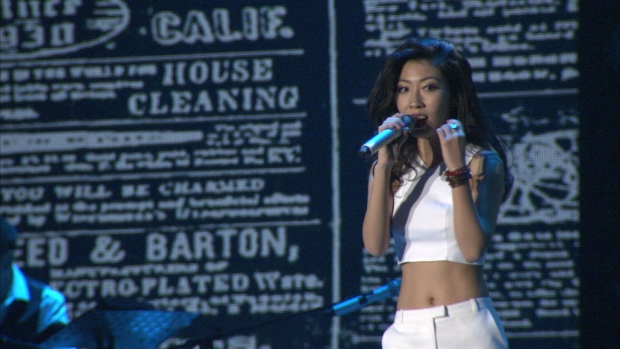 Alone maybe, but leaving Harbin permitted Wanting to choose her own path. When she didn’t do well in some of her courses, she chose a different path.

“I did finish a bachelor degree, just to please my mom, and then I did poorly in economics and I was asked to withdraw. And they asked me to go to another school to take other courses to boost my GPA up. I just didn’t want to waste that money on those courses. So what I did was I bought like an electronic piano.”

It wasn’t quite “a star is born” – but it certainly set the future artist on her path.

In 2005, Wanting began writing songs and within a few years had a demo ready and reached out to Terry McBride. Based in Vancouver, he is one of the top music managers in the world.

“She sent me some music. I listened to the music. I didn’t even know that she was Chinese.” McBride told W5 in an interview.

“I asked to meet for tea to talk about to find out where she was from. I just wanted to know whether the person behind the music was actually real.”

"Now you see what happened at last?

Never underestimate your strength my lady

Noticed by a Chinese movie director, he used it in his hit movie Love in the Buff and the ESL student from Harbin was suddenly a star on the Asian music scene. 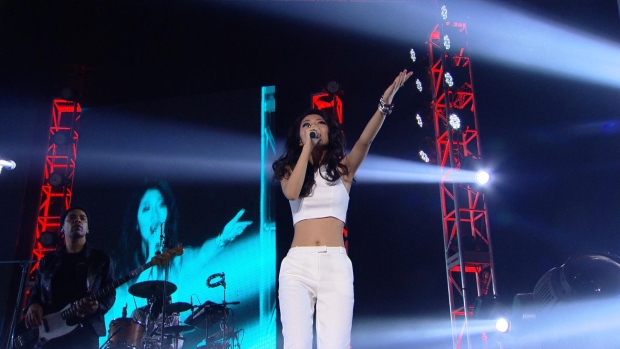 "When I look into your eyes

I’m drenched in your love"

With more songs in 2012, Wanting’s debut album Everything in the World went platinum six times. Her track “You Exist in My Song” received an unbelievable 100 million video views and was number one in China for eight weeks.

To top off her banner year, Wanting went on to share the stage with Celine Dion at Beijing’s Lunar New Year televised gala which had an audience of more than 700 million viewers.

“There’s one purpose for me on earth is to either heal these lonely souls or just give them strength, or just tell them, ‘Hey, you’re not alone’”, Wanting said.

Following her first album, Wanting was recognized as the Best New Artist, Best New Original Artist, Best Music Composer at the Chinese Music Awards. The tune, "You Exist in My Song", won the award for Best Song. 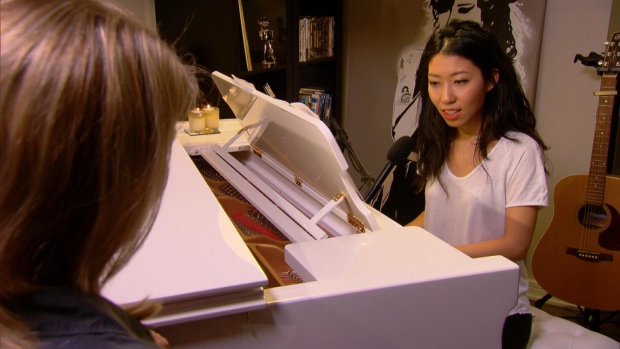 Her second album, Say The Words, introduced her to North American audiences. She toured the continent with live performances in 17 cities.

“You’re looking at an artist who’s sold billions of songs. Billions. You know, North America tends to measure things in millions which is really interesting to me,” said McBride. “When she plays the CCTV New Years’ show, seen by 780 million people, it’s numbers that the music business here has a very hard time grasping.

“There’s over 60 million Chinese that don’t live in China. That’s almost double the population of the country that we live in, so that reach gives her a marketplace everywhere, not just in China, but everywhere.”

Wanting’s ability to reach audiences in Asia inspired Tourism Vancouver. In 2013 she was named the city’s Tourism Ambassador to China.

Music videos promote the city’s attractions and since the campaign began, visits to Vancouver from China are up 25 per cent.

Wanting is a Canadian landed immigrant now and has made Vancouver her home for 14 years.

More recently she was in the news when Wanting confirmed that she was dating Vancouver mayor Gregor Robertson. Following months of rumours, he posted a romantic Valentine’s Day message to her on Weibo, a Chinese social media site similar to Facebook.

Wanting’s musical success has also repaired her relationship with her mother.

When she first pursued her music career, her mother cut her off and stopped sending her the support money intended to continue Wanting’s schooling. The two didn’t speak for a number of years. 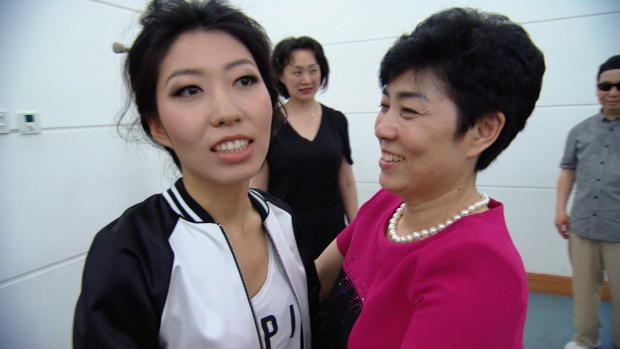 Last year, while in Harbin for a concert, W5’s cameras watched as mother and daughter greeted each other and hugged at the airport. Her mother was given a front row seat at that night’s concert and sang along as Wanting sang Say The Words.

"I have a mother, she was very strict mother

And I was a rebel made her life a living hell.

I want to make her smile.

And say the words.