Sitting in a small church basement in North Bay, Ont., Ellen White waits for an unusual group of congregants. They are not here for a traditional service, though they’ve come to this space to heal.

Roughly 15 people are in the room, sitting across staggered chairs and couches. Other than Ellen’s kind greeting, it’s unusually quiet.

Some family members clutch framed photos, while others awkwardly stare at the floor. That’s because they’re all connected in ways they never wanted to be: everyone here has had a loved one go missing.

Ellen is a private investigator that has brought them all together. She started a podcast called “Whereabouts Unknown”, vowing to voluntarily look into the lives of so many that are forgotten. In one year, she has uncovered hundreds of tips for 16 struggling families.

And she does it all for free. That’s because 30 years ago, when she started her career, she thought it was unfair that a steep price tag would stop many families from getting a private investigator.

“My family couldn’t afford it,” she admits to the group, “many of yours couldn’t either. So I looked at that time and started thinking, is this a two-tiered kind of system, where if you’ve got the money you find your missing person, but if you don’t, you won’t?”

Sandra McNeil is in the room because she’s searching for her mother, Dawn Carisse, who disappeared 20 years ago. Dawn, a mother of 3, was just 43-years-old when she ran away from the North Bay Psychiatric Hospital. She vanished without a trace.

In 1992, Dawn was placed at this hospital because of a sudden, debilitating brain injury that caused short-term memory loss. The injury caused her to forget her keys, or remember whether she turned off the stove. The sickness put her children at risk and was soon too much for her husband to handle. He thought she would be safer at the psychiatric hospital. 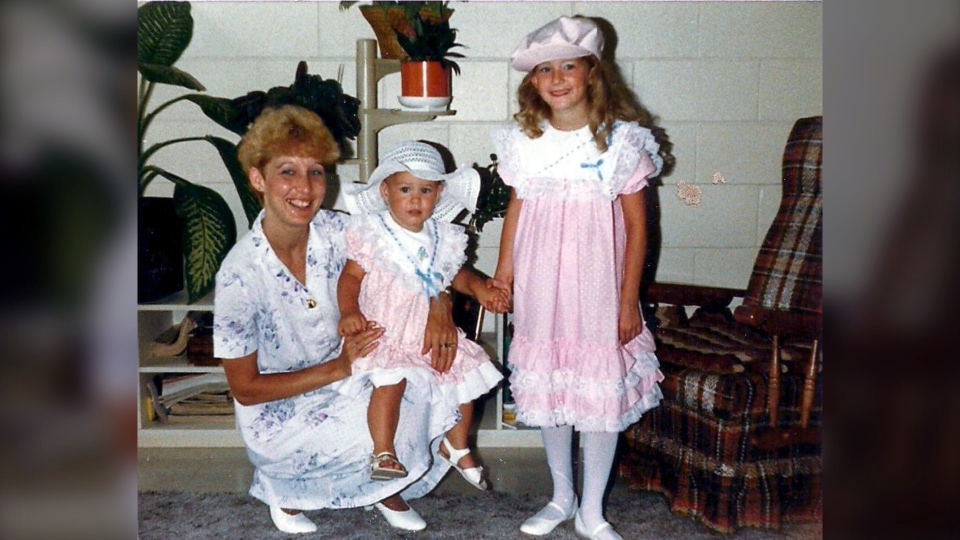 But keeping Dawn in that hospital was a challenge. Even though she had short-term memory problems, she was exceptionally sharp. Her first nurse, Darlene Gingras, remembers how she would hover near the ward door, warning she would run. She desperately wanted to go back north, to be with her kids, in Kirkland Lake.

Dawn would repeat herself constantly, Gingras remembers: “She said, 'I’m Dawn the Running Bear and when I run, no one is going to catch me.'”

Dawn tried to run away from the hospital nine times before. Each time, she was found and brought back. One time, she even tried to hitchhike. However, on her 10th attempt, she disappeared. There was no note, few clues and her body has never been recovered.

Six people disappearing from a mental health facility over a 40 year time span may seem high, but it’s sadly not, according to the limited Canadian data that exists.

Lorna Ferguson, a PhD candidate in sociology, runs the Missing Persons Research Hub at the University of Western Ontario to understand why and how people go missing.

In her recent co-authored paper from the University of Western Ontario, titled “Who is missing from Canadian Hospitals and Mental Health Units,” she attempts to address the gap that exists in this crucial data.

The report points out that although international literature suggests that a large volume of people go missing from hospital and mental health units, in Canada, “very little is known about patients reported missing from these locations.”

That knowledge deficit is concerning to Ferguson because so many social services can be improved for people most at risk. She, herself, was a runaway, who went missing at times during her teenage years. She says recently sharing her story has helped bridge valuable connections.

“It adds an element of genuineness,” says Ferguson, who works with 45 police departments on missing cases across the country. “But it’s not a reason that they trust me, I think it’s years and years of relationship building, keep showing up, and establishing a relationship of trust and openness.”

Ferguson’s co-authored study looked at 8,261 closed missing reports from a Canadian police service over a five-year period (2013-2018), and found that 924 patients, roughly 11%, disappeared from a hospital or mental health facility. 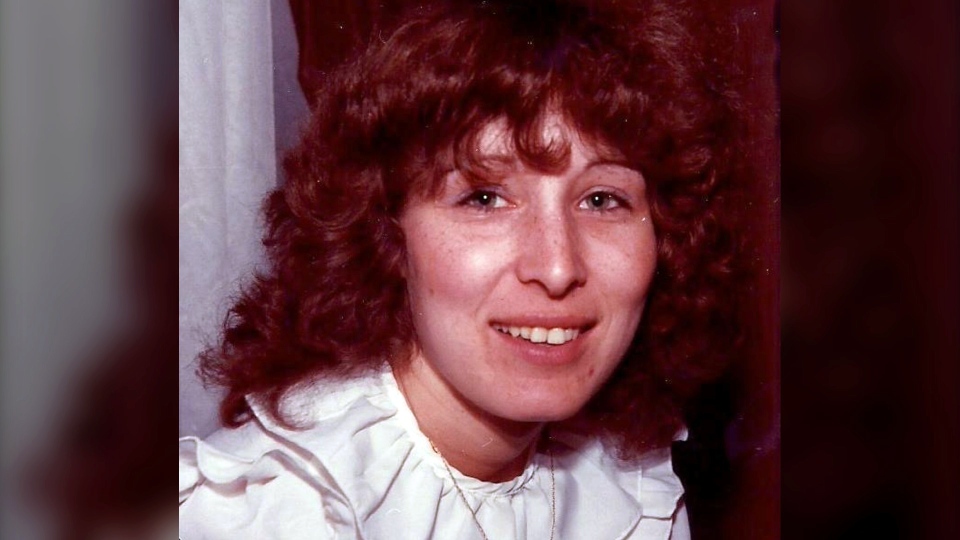 Patients like Dawn—female, older adults who were runaways and had a habit of going missing—were most at risk from disappearing from a hospital or mental health institution. Mental disabilities and drug or alcohol dependencies also added to the risk of them disappearing.

Ferguson says the stigma around these types of cases can hinder research on the topic of missing persons as well. She points out how mental and cognitive disabilities just add another layer of complexity in understanding why someone disappeared.

“Specifically from hospitals, people are more likely to experience harm when they go missing from these locations because of those additional complexities,” Ferguson says. She points to higher rates of self harm, suicide rates, overdoses, and deaths by way of assaults and physical injuries these patients endure.

“For elderly patients, they are more likely to wander until they get stuck or hurt… so there’s almost always some element of harm,” she adds.

No one knows if Dawn Carisse was exposed to any level of harm. She vanished without a trace on August 9, 2001. It took 16 hours before police were even called in to look for her.

Ferguson says that’s unacceptable. “Even a 16-hour delay, that is substantial because most cases are resolved within 24 hours,” she says. “That is a huge misstep, huge time delay of information that would’ve honestly probably changed the nature of that case.”

As researchers tackle the wider systemic issues, private investigators like Ellen are doing the nitty gritty work on the ground. Talking to tipsters and trying to piece together loose ends about Dawn. 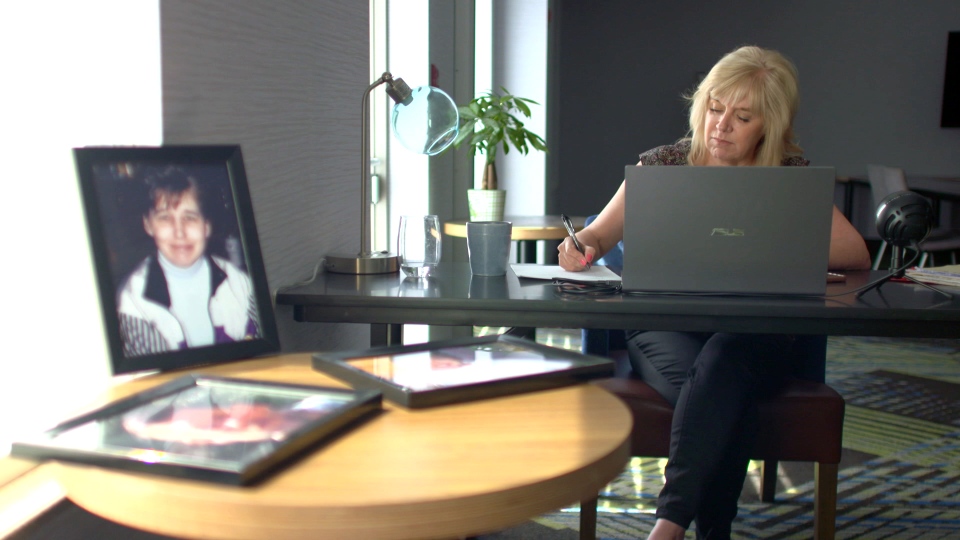 Ellen has already dispelled many discrepancies in the original North Bay police report, and determined that Dawn likely left through a back door of a craft room earlier than police reported. Somehow Dawn managed to outsmart a team of nurses and doctors, and escape from the locked facility.

Since Ellen’s podcast, hundreds of tips have flooded in, and potential sightings of Dawn have surfaced. Ellen passes on credible leads to the North Bay police to investigate. So far, they have ruled out all potential sightings. But because Dawn’s body has never been found, there’s always a possibility she is still out there.

It gives her daughter Sandra some hope that they will find answers, even two decades later. She is so grateful for volunteer detectives like Ellen, who are helping out perfect strangers.

“I think she's amazing… she has kept going where others have seemingly stopped or failed,” Sandra says.

“I'm so grateful for her help. I'm so blessed that she is willing to help my family hopefully find closure and answers.”